“It all started with Ralph Sampson, strangely enough.” 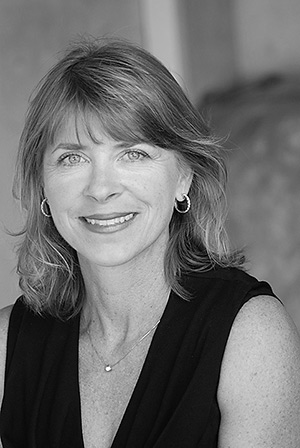 Thank you so much for inviting me to share my Carolina story today. I have so enjoyed hearing of the rich and varied experiences of alumni who have shared with us in the past. It is so informative not only their personal experience, but also of the character of the University itself.

Well, do you know what it is like to stand among a sea of blue-clad Carolina fans singing Hark the Sound and not know the words? Or to arrive on the Carolina campus freshman year not knowing a soul and having no idea what a Clef Hanger or a Lorelei is? That was me when I arrived at Carolina. To think that if I had lived in this age of Facebook and the internet I would have known it all! Maybe it is just as well that I didn’t.

I do not hail from the Tar Heel state, and occasionally that is still made painfully evident. My wardrobe is seriously lacking in light blue articles of clothing, and some of you may know I made the terrible mistake of showing up at a Saturday GAA meeting a couple years ago wearing a brilliant purple silk blouse … on the day we played ECU in football. As soon as I pulled into the parking lot and saw all those ECU fans playing corn hole in their purple garb, I knew I was in trouble! And I must admit that I still do not know the words to that Ziggy Zoomba song. Nonetheless, I am a Tar Heel through and through.

The willingness of the Carolina community to embrace all walks of students is a beautiful part of my Carolina story, and I believe of the beauty of this University.

So just how did I get to Carolina, anyway? Well, it all started with Ralph Sampson, strangely enough. “Ralph Sampson,” you may say. “Wasn’t he a Wahoo?” Yes, he was, but before that he was a 7’ 3” basketball phenom, playing for Harrisonburg High School, which was the main rival to my high school.

I was cheering for anyone but Ralph Sampson. So when he went to UVA when I was a freshman in high school, I decided to cheer for the team in the light-blue jerseys with that cute player Mike Pepper ’81. It is a good thing fate would have it that the team in the light blue was also a darn good school, because my love affair with Carolina had begun.

You may think I am kidding, but I am not. You see, I was youngest of four children and the first member of my family to go to college. So we had no college allegiances. I stuck with the light-blue team and eventually learned that it was a great university. So I applied. Thankfully, I was a good student and unaware of how difficult it was to get in out of state! I vividly recall the day in December 1987 when I called home from my high school library to see if the early decision mailing due that day was big and thick or small and thin. I was ecstatic to hear it was of the big and thick variety. I was going to Carolina!

My parents moved me into Hinton James on a blistering hot day in August of 1988. I didn’t know the campus well, but it was clear that I was living on the 10th floor of the dorm farthest from the center of campus. That did make me feel like a bit of an outsider.

My parents headed back to Virginia. I was alone and knew no one. What did I think? That it was time to get to the orientation barbeque and meet a few folks! Now, the good thing about living in Hinton James was that there were a lot of us that were not Tar Heel born nor bred. Many of us were in the same boat, and making friends was easy.

My freshman year was an adjustment. What the heck was an AP course or a “country day”? What were these fraternities and sororities about? Though I had done well in a rural Virginia high school, I had a lot to learn about writing a college-level paper. For a first-generation college student, at least this one, the experience was a whole new world. I often didn’t even know what questions to ask. I had a lot to learn, and quickly. But I was determined, and the atmosphere was kind. I did learn a lot, and quickly.

I was fortunate to have been invited into the freshman/sophomore honors program. This gave me the opportunity to learn from amazing professors in seminar-size classes of 12 to 15 stellar students. It was challenging and an awesome learning experience. I was also lucky enough to be dating a basketball-crazy ROTC guy who could always get us great tickets to the Tar Heel games. It was a whole new world, and it was fantastic.

By second year, I guess I had figured out a thing or two and managed to land a room in Manly dorm — just by the new Davis Library and a stone’s throw from all of my classes. I suppose the current gender imbalance had begun to take hold since it was the first year that Manly was “Wo-Manly.” Much to the chagrin of its former male occupants, it was converted to a female dorm. I was elected president of the dorm, and we had a fun time creating our own traditions and using lipstick to scribble “W-O” in front of “M-A-N-L-Y.” I joined Order of the Bell Tower and Alpha Kappa Psi business fraternity and entered the business school.

Carolina headlines during my years included the opening of the Dean Dome, shantytowns in the quad, Billy Warden ’87 running for student body president and celebrating spring with Burn-Out and SpringFest. I did a junior semester abroad in Geneva, Switzerland, and before I knew it, it was time to move on to the real world. My days at Carolina had been a grand adventure, full of new experiences and possibility.

For the first-generation college student who had arrived on campus four years earlier without a clue, there had been an acceptance and a sense of community. Some campuses I visited wore their pretense as a badge of honor. Not this one. Carolina had welcomed me to come as I was, to join in the adventure and all the richness that this great institution had to offer — to grow and explore and achieve as much as possible.

From Carolina, I went on to work in investment banking in Nashville, Tenn., then to teach English in Japan. Next I went to Boston to attend Harvard Business School, and then to Los Angeles, where I worked in health care administration and strategy. I live in Los Angeles now with my wonderful husband, Andrew, and three children, at least one of whom I hope might someday be a Carolina Tar Heel. Carolina prepared me well for the places my life has taken me, and I am grateful for it.

Several years ago, I had the privilege to join this fine board. Returning to Chapel Hill after many years, I was first struck by how beautiful and upgraded the campus was — air conditioning in dorms and a Starbucks on campus?! My, oh my, how things change in 20 years.

The second thing I remarked upon was this beautiful building and how seamlessly it was nestled into these woods. The third surprise was that the GAA had a staff of 40 rather than Doug Dibbert ’70 and five others tucked into some corner office as I had envisioned!

But beyond those cursory observations, I was so impressed with the true commitment of this university to the best interests of its students and the citizens of North Carolina and beyond. I am continually impressed by the clarity of purpose that each representative of the University has regarding making available the riches of an excellent education to as broad a population as possible.

I hear it in the deliberateness with which the administrators and faculty discuss the value of the Carolina Covenant Scholars, and the painstaking tradeoffs involved in maintaining academic excellence while limiting tuition increases. When Mr. Chuck Lovelace ’77 (’79 MBA) discussed the Morehead-Cain Scholarships, his focus was on selecting students who would make a difference in the world. I see it in the GAA’s choices for Distinguished Young Alumni recipients. I believe that the ability to excel, with ingenuity, hard work and a bit of luck, is still alive and well in Chapel Hill.

Also, when other GAA board members have shared their Carolina stories, we have appreciated the true sense of possibility and community that make Carolina a special place.

The esprit de corps of this university is powerful. I commend you for it, and I am proud to be a part of it. Go Tar Heels.