“When I think back on my Carolina experience, I realized it meant less to me in the beginning that it should have. It was something that I just did.” 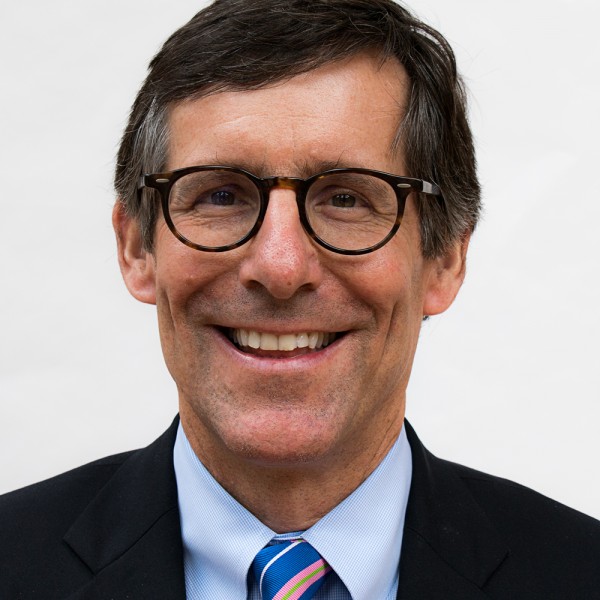 My mother graduated from Carolina, and so did my aunt, uncle, sister, cousins, my grandfather — who went on to become the innkeeper at The Carolina Inn — so everyone in my family for generations went to Carolina. I came to Carolina without even thinking about it. In fact, I don’t think I even applied any place else, which is obviously a dumb strategy. We teach our kids to look at the school that is going to be best for you, and in my case, obviously, I didn’t do any of that, and if I did that today, I probably would not have gotten in anywhere. When I think back on my Carolina experience, I realized it meant less to me in the beginning that it should have. It was something that I just did. So many of my family members had come here, high school classmates and so did I, and I probably took Carolina for granted, which is not a good thing. After graduation, I left the state and attended graduate school elsewhere. I lived in another part of the country and was focusing on my career and life in a new place away from Carolina, but like a lot of other people, Carolina began that subtle tug on my heart and kept me from getting too far away even though I was away.

On March 3, 1979, long before the days when it every Carolina game was broadcast on ESPN, I was living in Boston and called the AT&T long-distance operator and asked her how much it would cost to make a 2½-hour long-distance phone call from Boston to Greensboro, and she said it would be about $30. So I called my mother, who was living alone in Greensboro, and I said: “Look, I am going to call you a few minutes before tip-off, and if you would just place the receiver by the phone” and that was so I could listen to the Carolina-Duke ACC championship game, and I am sure you all remember this, but, of course, we won, 71-63, thanks largely to Dudley Bradley, who was then called the “secretary of defense.”  So, that was a little bit of Carolina keeping in touch with me.

On the night of March 29, 1982, when I was living in Manhattan and my roommate, who was not a Carolina alum, made the colossal mistake of inviting the two guys across the hall in our apartment building to come over and watch the Carolina-Georgetown game with us on TV. Now, I immediately said, “No way, no how.” There was no way I was going to let two UVA fans come over to my apartment and watch my TV and hear them pull for Georgetown. So I said, “You have to uninvite them.” So he did, which didn’t do a lot to help that friendship. But you know, I was pretty sure, if the shoe had been on the other foot, they would have done exactly the same thing. After we won — probably some of you were in New York then — after the game, all these North Carolinians living in New York flocked to places like Pedro’s and the Sugar Mill, which were kind of the Southern bars in New York, and it was as packed with Tar Heels as Franklin Street was probably! So that was a great experience.

I also remember, like yesterday, the phone call from Doug Dibbert in 1988, when he called me and asked if I would be willing to run for a spot on the GAA board as an out-of-state director, and I told him I would. I went on the board then and that began a period of 20 years, which blows my mind that it has been that long, but I have more or less been steadily involved in various Carolina activities. That is the second point I would make: Carolina gives all of us so many ways to stay connected and stay involved through the GAA activities, through the Carolina Clubs that Judy was talking about earlier, through athletics, through the volunteer boards we can serve on, through reunions and through our children if they are lucky enough to come to Carolina. So there are so many ways that Carolina gives us a chance to stay connected.

I was thinking of some of the people I have met over the last 20 years and become friends over the years through my involvement with the GAA. For example, Anne Cates. Most of you know Anne. She is a remarkable woman who always treats this organization, the staff, the people in it and the other directors like members of her own family. Tom Lambeth — you know, I have heard enough of Tom’s stories over the years. I mean, Tom knows more folklore about North Carolina than anyone and knows more people who actually live in the state. And, Tony Rand. This University does not have a better friend certainly in the General Assembly and in holding elected office. Tony is so passionate about this place. All of the students I have met over the years. Each year, the students just keep getting smarter and smarter. It is really scary to people like me who graduated a long time ago.

Finally, Doug and his staff, you all do such a great job. This is such a well-run organization. The purpose and the work that you do is so good that frankly, all of you know this, all we really have to do is just show up and it does fine. I could go on and on, but that really is my third point. Maybe it is the one that intrigues me the most and that is, “Why?” Why do all of us here come back and give back to Carolina as we do?  We do it because, yes, we love the institution, we love Carolina, we love the memories that we created here. But we do so just as importantly because really all the remarkable people we meet along the way. We would never meet them and get to know them if we didn’t get involved as we do. We meet people who are funny, who are smart and who are generous and who are successful in their life work and all of these people are drenched in the Carolina spirit and they are all part of this very special family.

I am really grateful for the Carolina experiences I have had over the years. It has been 31 years since I graduated, and that also blows my mind. I am grateful for a chance to get to know all of you and work with you and I have absolutely no regrets other than falling behind 40 to 12 which is a huge regret. But I really appreciate all that you do for Carolina and all that Carolina does for us. Thank you for giving me a chance to serve as the chair — it has been a ball!