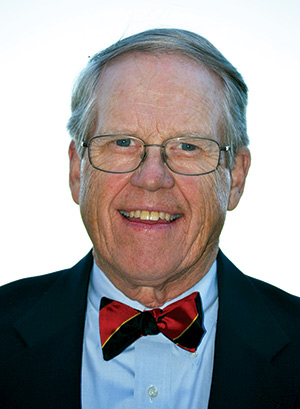 “We have built a first-class University here”

It would have been about 1851 or so when 19-year-old Alexander Betts [class of 1855, (class of 1860 MA)] limped away from the hardscrabble piney woods farm in Cumberland County and headed for Chapel Hill. A playful ride on a steer two years earlier had lamed him forever and turned his thoughts from farming to book learning, the first of our clan to think of a formal education and set out to get one.

The University, then still in its youth, was a new world for Alexander. He was so poor, the family story goes, that he didn’t even have a middle name. But it didn’t cost much to go to the University, and he got three things in Chapel Hill: a college education; the hand of Mary Davis, an Orange County girl whose last name he would take as his middle name; and a career as a Methodist preacher, all in the same year of 1855.

A.D. Betts rode the circuit, served as a chaplain in the Civil War, raised a family and believed in two gospels: the word of God and the benefits of The University of North Carolina. A.D. set in motion a family tradition now in its fifth generation: You grow up, you go to the University, you become a productive citizen, and you give what you can to the University to pay it back for what it gave you.

I thought about old A.D. the first time I had an argument with a friend many years ago about the importance of keeping tuition low at UNC System campuses. We had both come from Southern families of modest means, but he had gone to an expensive Ivy League school and earned a Rhodes Scholarship at Oxford, while I had scraped by on a variety of jobs during my college years. His position was practical: Don’t expect taxpayers to provide bargain-basement tuition costs for students when North Carolina has so many crying needs and the public schools themselves are starved for funds.

My position was more visceral, I suppose: In North Carolina, we have done one thing right — we have built a first-class University here, and indeed a fine university system across this state, and kept tuition low enough that almost everyone could go to one of its campuses, and we ought to keep it that way. Living costs, of course, had soared everywhere, and taxpayers couldn’t be expected to do anything about that. But the state, I argued, had a duty to make tuition for higher education as nearly free as possible. Neither of us budged.

I thought about that argument again the other day in light of North Carolina’s budget problems and desperate need for more money for everything — for preschool programs, for pay raises for our poorest employees, for hospitals and classrooms and libraries and everything else.

Was sentiment the only argument for keeping tuition so low? I don’t think so. The simple fact is that low university tuition is deeply ingrained in what North Carolina has become. It has brought together the children of the rich and the poor and schooled them in the same university system and showed them what needs to be done and how to do it. And it has made possible learning and enlightenment for many who never would have gotten it otherwise.

A century ago, of course, The University of North Carolina was a different place. State support was scanty and religious influence was high, but it was still a place where a poor boy could get a good education. That was good, because there wasn’t a whole lot of money in Methodist circuit-riding. A.D.‘s oldest son, Will, went off to Chapel Hill when it reopened after the Civil War. As a preacher’s son, he was entitled to a free ride at a church school, but Will didn’t think that was right and insisted on working for his schooling before he got his degree in 1880. In the late 1920s and early 1930s, A.D.‘s grandsons — my father and my uncle — would go to the University for their formal education, in part because it was the best they could afford, and it part because they thought it was the best, period. In the 1960s, four great-grandchildren, I and my big sister and my two first cousins, would earn their degrees there, and in 1993, a great-great-grandson, my son John, finished his work on a bachelor’s degree here.

All that has been possible because of North Carolina’s long tradition of keeping tuition as low as possible in its university system. It simply would not have been possible for all of A.D. Betts’ descendants to go to a highly ranked university otherwise, and I suspect there are many thousands of other families who have similar stories to tell.

One rogue Betts, I have to confess, was not a Tar Heel partisan. A.D. Betts’ son Joe wanted to be a dentist, and as a son of a Methodist minister, he could attend a Methodist college at little or no tuition cost. There was no dental school in North Carolina, and because the little college of Trinity in Randolph County had a predental course, Joe Betts went there for three years before transferring to Vanderbilt to finish his dental studies then returning to North Carolina to hang out his shingle, first in Fayetteville and later in Greensboro. By then the Duke family had bought up Trinity, moved it to Durham and in time built the Gothic campus and renamed it for the Dukes. As a Trinity grad, my grandfather was considered a Duke alumnus, but we always made sure people understood he really went to Trinity.

My father and his brother came to this campus in the 1920s and early 1930s. They shared a view articulated some 60 years later by Charles Kuralt ’55 at the University’s bicentennial. He famously said something like, “I speak for all those who could not afford to go to Duke University — and if they could have afforded it, still would not have gone there.”

By the time I was growing up in the early 1950s, my father already had urged me to think of going to Chapel Hill when I became old enough. That was how we knew this place back then. “My Dad? Oh, he went to Chapel Hill,” I would say, unaware that the name of this University was anything more elaborate than “Chapel Hill.” Like most of the boys in my neighborhood, I wanted to play football and basketball and, more than anything else, baseball here. I didn’t begin to understand the traditions and the lore of the place. I remember playing front-yard football on Ridgeway Drive in Greensboro about 1954, and I remember the fights we would have over who was going to wear jersey number 22. The boy who scored the most touchdowns got to go home with that number, and it would be years before I saw grainy old films of Choo-Choo Justice ’50 slicing up the gridiron and understood why those fights were so intense.

I understood things a bit more a summer or two later when I wanted my pals in the neighborhood to call me by the same nickname as my favorite player in the major leagues, the great centerfielder for the Brooklyn Dodgers: Duke Snider.

My father sat me down that day for a man-to-man talk about my preference for a nickname. Best as I recall he said something like, “Son, we simply cannot have people thinking that we are fans of Duke University.” So Duke Snider got to keep his nickname to himself, and I adopted another Dodger nickname: Jackie.

It was sometime later that it dawned on me that I was not going to be able to run the bases like Jackie Robinson. Or shoot free throws like York Larese ’60. Or throw it downfield like Ray Farris ’62, (’67 JD). But I could watch from the press box and write about it and cheer from the sidelines. And in due time I came down to Chapel Hill in the fall of 1965 and sat in the company of great teachers like Hugh Lefler and Sam Selden and Bernie Boyd and Walter Spearman ’29, (’37 MA) . They opened my eyes to the things that really mattered in the world around me. They broadened the intellectual horizons of a kid who didn’t know much beyond the basic fact that I wanted to watch and write about the paradoxes and the startling choices that marked life in North Carolina.

So began a journey that took me through the Greensboro Daily News; the Army, where I was a photographer assigned to the Pentagon; through my company’s Washington Bureau during the Watergate years; and on to Raleigh to cover 17 biennial sessions of the Legislature and the steps and missteps of the two most important politicians in modern N.C. history, Jim Hunt ’64 LLJD and Jesse Helms, who represented the political paradox that makes people wonder how this state could elect both men to positions of high power at the same time.

And every step of the way over some 40 years of writing about this state, not counting three years when I was away in the Army, I have found the support and encouragement and from time to time the gentle prodding and even some not-so-gentle pushing from instructors and professors and administrators in this town — and from folks in this room such as Tom Lambeth ’57 and Tony Rand ’61, (’64 LLBJD) — who helped me understand the choices North Carolina faces and the consequences of failing to make informed decisions.

I stayed overlong in a profession I love in part because of the willing assistance of people on this campus and in this town who took seriously Edward Kidder Graham’s [class of 1898] wish to make the University and its assistance coterminous with the boundaries of this state.

Not long ago it became clear to me after four decades of pounding the granite floors of the Capitol and the terrazzo floors of the Legislative Building, my knees were ready to retire from the daily practice of journalism before the rest of me was. Daily journalism as it is practiced in 2011 is a younger person’s pursuit. So I’m taking a couple of months, thanks to the Charlotte Observer’s patience and generosity, to clean out my old files dating to Sam Ervin’s [class of 1917] Watergate committee and Jim Holshouser’s ’60 (LLB) governorship, rebuilding a house on the family farm in the Virginia Blue Ridge a few miles from the N.C. line, splitting time between Greensboro and the hills, and shifting gears to a more contemplative view of public life and one that will be easier on old knees. Exactly what form this will take I do not know, but come next January I expect to be writing regularly if not daily for the Observer on public policy issues.

And I know this already: It also will involve someone calling me from Chapel Hill to remind me of something that needs to be looked into or written about or thought about or fixed up before things get worse.

I look forward to those calls.

Thanks for listening to my family’s story about how we got from there to here, at all points with the help of things we learned and friends we made and help we got at The University of North Carolina.