“The power of relentlessly pursuing better ways … it was a lesson I originally learned here at Carolina.” 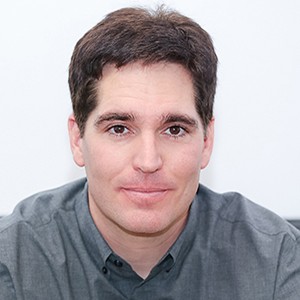 I will start with a confession: My Carolina Story did not start as a Carolina story at all.

I was born in Pittsburgh, Penn., one of six children. Three of the six of us were adopted. My father was an electrical engineer and worked as a midlevel manager at Westinghouse. He was the first in his family to go to college. My mother wrote a long-running, weekly humor column for the local newspaper titled “Enough is Too Much,” which chronicled the very personal and highly embarrassing adventures of our family of eight … in painful, uproarious detail and with no effort to protect the identities of the youth described therein. I still have not forgiven her.

So how in the world did Carolina become a part of my story? It went something like this:

Coming from a family of relatively modest means, I did the best I could at 17 years of age to find a strong value in higher education. I did my research, going to the library and reviewing the latest U.S. News & World Report rankings. At the time, UNC was the top-ranked public university. So I sent a postcard requesting a brochure and, weeks later, received said brochure in the mail. I liked the pictures, and I liked what the brochure had to say. Though I had never set foot in North Carolina, UNC seemed like a good plan to me. I did not know a single person that had any connection to UNC … or even to the state of North Carolina. I applied. Thankfully, I was admitted. My first in-person exposure to this soil ended up being on a warm August day in 1989 when my mother and father deposited my worldly possessions and me outside Hinton James for the start of my freshman year. I did not know a soul and proceeded to the fifth floor of what — to me — seemed a lot more like a federal penitentiary than a place of student housing.

So there it was, on that humid August day in 1989, the start of My Carolina Story.

My Carolina Story — which I consider still in its early chapters — is ultimately a story of two simple, yet powerful things that I first learned on this wonderful campus 25 years ago: 1) the importance of meaningful relationships, and 2) the powerful impact of relentlessly pursuing better ways. I’ll share an example or two of both and then return us to our regularly scheduled board agenda.

I briefly mentioned my first days here at Chapel Hill and in the state of North Carolina. That was a lonely time in my life. I felt a bit like an immigrant in a foreign land, without friends or even an understanding of the nuances of the very specific and strong culture here. But thankfully I was not the only one that endured intense loneliness as an out-of-state student. It turned out there were four other freshmen that lived nearby in Hinton James in a similar situation. One from Massachusetts (Bob Rapp, who always wore his beloved, yet tattered, Red Sox baseball cap), one from New York (Bart Verdirame), one from New Jersey (Mike Lehr), and one from Florida (Akbar Sharfi). The five of us became fast friends. What I began to learn in that first year at UNC was just how important meaningful relationships were to successfully navigating this journey called life.

And wow, that first year was a good one. Football Saturdays. Lots of socializing. Developing a crush from afar on a Carolina cheerleader that was way out of my league. A large dose of academics of course. And my first opportunity to experience UNC basketball. These were halcyon days.

In the fall of my sophomore year, though, tragedy struck. On his way back to his apartment, our friend Bob Rapp (the one from Massachusetts with the Red Sox cap) was killed by a drunk driver near South Campus. Soon after the accident, we drove up to Boston to be with Bob’s family and to attend the funeral. It was an experience that tested all of us and certainly drew the four of us that remained much closer. This marked the end of the halcyon days. And yet, my experience has been that we learn the most in our darkest hours. And in those dark, painful hours, I continued to learn the lesson of just how important, just how vital, meaningful relationships are to our existence.

The other half of my Carolina story is about the power of innovation, or as I prefer to define it, the relentless pursuit of better ways. I was fortunate in my time here at Carolina, in that I was continually given opportunities to imagine better ways of doing things. And to be given the freedom to go ahead and try — and often fail — to make it so. I will share one such example from my junior year where I learned just how powerful the relentless pursuit of better ways can be. The short version is that I was a junior and I really needed to find a job. To be more precise, I needed to find an internship. And I was failing in a very big way. I desperately wanted to land an internship — and then ultimately a career — in media but had repeatedly struck out during four months of sending over 80 cover letters and resumes to every studio, producer and mogul on the West Coast. In that dark hour, just when I was beginning to question if all this work was ever going to make a difference, I realized that there was a better way to land that coveted internship. I took out my pen and paper and proceeded to draw myself into a comic strip. A resume comic strip, to be precise. Disney had a big film in that era called Honey, I Shrunk the Kids. So in that full-page comic strip, I decided to shrink myself, hop into an envelope and mail myself to the desk of Michael Eisner, who was Disney’s CEO at the time. In the comic strip, I hopped out of the envelope, walked across Michael’s desk and used desktop items — staples, pencils and the like — as props to demonstrate my unique talents and how those talents could help make Disney better. I got the Disney internship, which led to a job at Disney after graduation, which I believe paved the way for my entree into Amazon back when Amazon was just a small, private company. And from there came the creation of Hulu and more. The power of relentlessly pursuing better ways … it was a lesson I originally learned here at Carolina.

I am now going to end this little speech by putting a bow of sorts on these two topics of meaningful relationships and the power of relentlessly pursuing better ways. The meaningful relationships that originated for me here at Carolina persist to this day. Our group of five friends that tragically became four remains as strong as ever. We text each other several times each week and gather in person at various locales across the country in good times and in bad. We are family at this point, and we sustain each other. And that Carolina cheerleader I had such a crush on from afar in freshman year? She ended up being my girlfriend senior year. And, as a number of you know, that same senior-year girlfriend ended up being my wife of 21 years and counting. These Carolina-forged relationships are quite literally everything to me.

On the topic of — and power of — relentlessly pursuing better ways — well, that is a part of My Carolina Story, of Our Carolina Story really, that is still being written. In that light, I want to call out the strongest example of innovation, of relentlessly pursuing better ways, that I have seen over the past five-plus years within the Carolina community. And that shining example is Chancellor Carol Folt. It is an absolute joy to witness Chancellor Folt’s leadership in what is our collective pursuit of the Carolina mission. With each and every day, Chancellor Folt is wise, tireless, infectiously optimistic and steadfast in her convictions … convictions that there is, indeed, a better way for Carolina going forward. And the history books will show that Chancellor Folt was and is right. That, as uncomfortable as it may be for some to embrace, there is a better way going forward for Carolina. There is always a better way. I am so thankful to Chancellor Folt for teaching us that lesson in this moment and for her profoundly positive impact that will be felt at Carolina for decades to come.

Thank you, Chancellor Folt, for teaching us all about the importance of pursuing better ways, and thank you to everyone here for allowing me to share My Carolina Story.