“I firmly believe that The University of North Carolina was the perfect place to be — a place to grow and live through an extraordinary time in our history.” 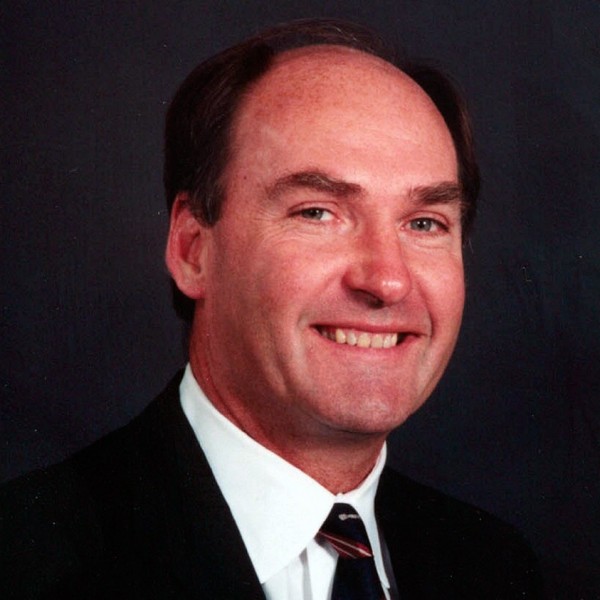 I am the middle child of five, born three years after the end of World War II in Newark, N.J. My dad was a history teacher and coach; my mom, a homemaker and brilliant realist with infinite wisdom.

They believed in the power of education and critical thinking before it was vogue, and in the First Amendment — at the dinner table and in the neighborhood.

My brother, sisters and I collectively earned five bachelor’s degrees, two master’s degrees, two law degrees and a Ph.D. on a schoolteacher’s annual salary of $20,000. That’s the higher education equivalent to the parable of Jesus feeding the multitudes with five loaves of bread and two fish. Needless to say, my parents would have been as fully supportive of the North Carolina constitutional provisions on affordable education, the Carolina Covenant and the athletic grant-in-aid as I am of the very fair out-of-state tuition fee for those who can afford to pay.

Dad’s school community was a microcosm of New York’s post-WWII immigration patterns and the migration of African Americans from the American South to Northern manufacturing jobs.

Our neighborhood, on the outer edge of Newark, had first-generation families from Ireland, Scotland, Italy, Portugal, Germany and Israel living together on the same block as we played, fought and shared the same dream of future possibilities. Before globalization and diversity training, we were living a “local” global diversity of a genuine kind.

In 1957, my dad was selected to participate in the Fulbright Teacher Exchange Program. One hundred teachers from the United States went to Europe to teach for one year, and 100 European teachers came to the United States. Our family of seven boarded the SS United States, crossed the pond and became immediately embedded in British schools. We traveled extensively in the British Isles and on the continent.

These experiences opened our eyes to history and to differences, while importantly setting the stage for seeing opportunities and acting on them, and for fully participating in the environment with the various people who happened to be in close proximity to us at that time.

As much as we were raised to value the power of education, my brother and I gravitated to sports and competition. Mom taught us to be neither victims nor bullies, to fly independently, to get off the ground and to look forward with optimism. In short, she wanted us to have a little attitude. Looking back, it’s fair to say that I sometimes took her advice too literally. My inner-self seemed to preach “overreach” as opposed to “caution.” Easier to beg forgiveness than to ask permission.

As time passed and experience brought wisdom, I was able to smooth out some of the rough edges, but I remain driven, still, by those original teachings and early life experiences.

I was recruited to play basketball out of St. Benedict’s Preparatory School in Newark in the winter of 1965 and spring of 1966. Dean Smith, then a 36-year-old head coach, signed me to a four-year grant-in-aid in May 1966 in the living room of our South Orange, N.J., home. This grant gave me the ability to attend a great university, play the sport I loved and begin a journey that has come full circle.

I received my undergraduate degree from The University of North Carolina in 1970 and my law degree from The University of North Carolina School of Law in 1973. I played on very good teams made up of very good-to-great players and coached by an iconic, innovative, Hall of Fame coach. Dean Smith was human, valued education and gave me the opportunity to attend school here and to play basketball. He supported me when others would not have and for that, I am thankful. I try to remember those second chances and to live accordingly.

My time on the bench, playing a small part on the court in big games and being recognized by my teammates as a captain are all points of pride for me and always will be.

Eddie Fogler, a teammate, roommate, fraternity brother and fellow General Alumni Association board member, remains one of my lifelong friends almost 50 years later. Charlie Scott, a captain along with Eddie and me — and one of North Carolina’s truly great players — has a son who is starting at guard for Ohio State. It’s great to see “Great Scott” at Big Ten events. Jon Barrett, a manager on our team, is not only a lifelong friend but also one of America’s great lawyers who has successfully served as legal counsel to the Big Ten for the past 12 years.

My ties to the University have been renewed in recent decades largely through Doug and the GAA. And I’m thrilled that both of my sons have had the opportunity to attend UNC. Both have had different experiences but no less meaningful than my own. Thank you, Tony Rand, John Blanchard and others for supporting them during their time here on campus.

I have been blessed over the past decade with opportunities to address UNC students on the topics of sports, media and law in the schools of law, business, entrepreneurship, health and physical education, and journalism at UNC. My dad would look down and smile.

Interestingly, I married Catherine Fisher from Signal Mountain, Tenn. She is a graduate of the University of Tennessee and Vanderbilt Law School. Her mother is Janet Simpson Kenan from Florence, Ala. Of course, those Kenan’s are related to the North Carolina Kenan’s from Kenansville and directly related to my cousin by marriage, Tony Rand — our keeper of the GAA treasury. So Tony, it’s good to be with you today, cuz.

Many of you may wonder by this chronicle what I have to say about Modern Civilization, Latin 3/4, Political Science 41, Dramatic Arts 41, Speech 41, Radio, Television & Motion Picture Production 45, and others. In short, I missed as many classes as I made, but the ones I made, I enjoyed.

I loved the “talks” at Harry’s, the Tavern, Leo’s, the Shack, Clarence’s and many other local haunts.

The period of time from 1966 to 1973 will always mean more to me than undergraduate classes, law courses or basketball games. It will mean living during, and participating in, perhaps the most politically and culturally tumultuous times since the Civil War. Vietnam, assassinations, civil rights, Watergate, urban riots, Kent State, a moon landing and various kinds of social and national liberation movements were the backdrop for those seven years.

My real brother was fighting in Vietnam as my classmates blocked the doorways to our classrooms. Exams were optional after Kent State. My teammate, the best player in the ACC, was never a unanimous all-conference selection. My college coach and professors were activists, pacifists and almost always provocative.

Thanks for the great experience.