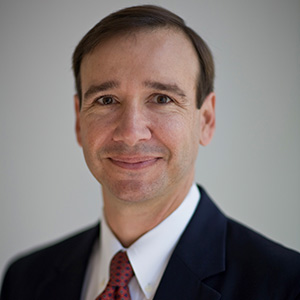 The two biggest influences in my Carolina story are probably Frank Porter Graham [class of 1909] and someone — actually something — you might not immediately associate with Dr. Frank. Of course, I’m talking about Kermit the Frog.

I’ll start back in 1963 in Banner Elk, where I was born in the shadow of Grandfather Mountain, owned by that great Tar Heel Hugh Morton ’43. My father was teaching history at Lees-McRae College, having not taken to furniture, the family business for generations.

My family knew Hugh Morton because we were in the tourism business also. In the late 19th century, about the same time Hugh’s family bought Grandfather, my great-grandfather John Bernhardt of Lenoir bought The Blowing Rock and surrounding land. He actually tried unsuccessfully to give The Rock to the town of Blowing Rock around 1930 because he thought all folks did up there was break bottles, fight or get drunk or pregnant.

When I was 2 weeks old, my parents, two older sisters and I moved to Chapel Hill so my dad could attend grad school in history. He studied with the legendary Hugh Lefler, whose great-niece Ashley Lefler, UNC class of ’86, is now Ashley Lefler Wilson, my wife. As many of you know, Ashley is also the daughter of former GAA board member Hamp Lefler, class of ’59.

I was 4 when Charlie Scott ’70 started playing for Carolina in 1967. I didn’t know or care that he was our first black scholarship athlete. But I cared that he was the best basketball player in the history of the world!

In 1969, my parents divorced, and my sisters and I moved with our mom to San Antonio, where she was from. But Charlie Scott came with me in my heart. Charlie’s Heels beat Lew Alcindor and UCLA in every imaginary game I had them play.

My junior year of high school, I headed off to Andover in Massachusetts, where my best friend was a guy named Brian. One day I heard someone ask Brian an odd question: whether he knew Kermit the Frog. He said, “Kind of. He’s my father.” It hadn’t occurred to me that Brian Henson was Jim Henson’s son. That was 1979, when The Muppet Show was the most popular program in television history. A few weeks later, I was surrounded by frogs, pigs and other Muppets in various stages of construction on a visit with Brian to the incredible Henson workshop in New York.

I applied to just two colleges: Princeton, where my dad went, and Carolina, where one sister was a freshman and the other was in law school. My Chapel Hill visit was the day of the ’81 national championship game between the Heels and Indiana. My freshman sister invited me to tag along on her date to watch the game at the Chi Psi Lodge, where I ran into a former dorm-mate from Andover who was a freshman, Morehead Scholar and Chi Psi — and having a great experience. Carolina lost that night, but I knew where I was going to college.

My UNC professors were amazing. Tom Stumpf for English. Richard Pfaff for world history. I pledged Chi Psi, which was the most diverse, interesting and fun group I’d ever met. Everyone was engaged in extracurriculars, from student government, to the Y, to opposing the Shearon Harris nuclear plant, to Frisbee golf around the Lodge. They were from all over the country, and England and South Africa. We celebrated the Heels’ ’82 championship on Franklin Street, and my fellow freshman Michael Jordan ’86 was my new Charlie Scott.

I majored in biology, thinking I wanted to be a doctor like my mom’s brother and father. But the summer after my sophomore year, I visited Brian and Jim Henson in New York while they were shooting the second Muppet movie, The Muppets Take Manhattan. Jim’s regular voice sounded just like Kermit’s, and he kept asking me what I thought of each day’s film footage. I had no film experience, but Jim seemed genuinely interested in my opinion.

One day, I noticed the local cable provider had an unused channel, saying, “University Access Channel,” and I decided on the spot that Carolina needed a student television station. I was in Student Congress at the time and introduced a referendum for a one-time fee increase to buy video equipment to launch UNC Student Television. The student body passed it overwhelmingly. So I, a biology major, and my fellow STV pioneers, including that cute Ashley Lefler, an English major, frantically read equipment manuals so we could shoot and edit our premiere show. Carolina students responded by voting more funding for STV the following year.

My junior year, a friend who was in the Order of the Golden Fleece asked me to videotape the Fleece tapping ceremony. I didn’t suspect the ploy to get me there, and STV’s camera almost fell off the tripod when a robed, hooded Fleece member tapped me — or rather seized me — while I was looking through the viewfinder.

Senior year, as “Jason” of the Golden Fleece, I needed a speaker for the tapping ceremony’s traditional “Frank Porter Graham Lecture on Excellence.” I read up on Dr. Frank, who it turned out wasn’t a wealthy alum who gave money to name the Union for him. Fleece member Dean Smith seemed perfect, but declined because he said he wasn’t worthy. But Coach Smith changed his mind when I told him we were tapping Woody Durham [’63] and wanted to trick Woody into coming by asking him to introduce our keynote speaker, Dean Smith.

The Order of the Golden Fleece completely infused Carolina into my heart and soul. I was awed by its roster of members, called “argonauts,” from Horace Williams [class of 1883, (class of 1883 MA)], to Frank Porter Graham [class of 1909], to legendary journalism professor (and Chi Psi) Walter Spearman, to … me? And Coach Smith thought he wasn’t worthy?

As my graduation approached that glorious spring of ’85, I felt a growing lump in my throat. I was already missing my fraternity brothers and other friends, my incredible teachers, STV, the Fleece, Carolina. Instead of med school as I planned when entering UNC, I went to film school at the University of Southern California. I planned to stay in L.A. afterward making movies, but there was a strong pull back to Chapel Hill.

During that project I discovered a long-forgotten series of video interviews with Frank Graham from 1962. I saw why so many people worshiped him, and I vowed I’d make a documentary about him one day. Charles Kuralt told me after his interview for A Place on the Hill that he’d be happy to narrate a film about Dr. Frank, whom Charles had known and admired deeply.

That would have to wait a couple of years. Jim Henson died suddenly in 1990, and Brian asked if I would come back to L.A. and work for him as he took the reins of his family company.

After two years with Henson, I returned to Chapel Hill to make Dr. Frank: The Life and Times of Frank Porter Graham. Standing in Dr. Frank’s office in South Building, Charles Kuralt introduces the film by saying, “He sat here, gazing out the window past the Old Well to the campus, trying to think how to make things better, fairer, and more just and humane.” At the end, Bill Friday says, “I hope we’ve lived our lives in some small way out of what he taught us to be and to do.”

Bill Friday is in three other documentaries I’ve made since Dr. Frank, the most recent a short film for the Conservation Trust for North Carolina, in which he, Tom Lambeth, writer Lee Smith and others talk passionately about the critical importance of land conservation and land trusts. Eric and I served on the Conservation Trust board together. (The film is online at www.ctnc.org.)

Tar Heels are a big part of pretty much everything I do. Carolina has been a constant force and guiding light in my life.

Jim Henson once said, “My hope is to leave the world a bit better than when I got here.” Sounds a lot like Dr. Frank, and so many others who have walked this campus, and — like Holden Thorp ’86 — still do.

Carolina opened my mind and heart to wonderful friends, outstanding professors, great Tar Heel voices from the past and even a frog, all urging me to try to make the world a bit better, and to do what I truly want to do with my life.

As Kermit the Frog said, “Life’s like a movie. Write your own ending.”