“Our stories and ideas are our ideas, our experiences, our contributions to the world.” 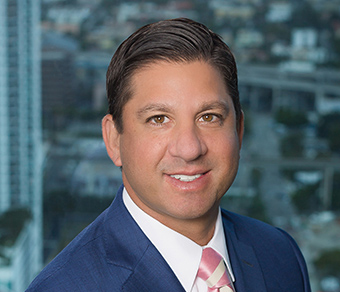 Our stories and ideas are our ideas, our experiences, our contributions to the world. I applaud the team that has made this a tradition. Carolina is, after all, the University of the People, and it is the people, each of us and all who have come before us, who are here now and will come after us, who have and will make this university the very special place that it is.

When Doug first asked me to tell my Carolina story, he did what he does so well, prefacing the question with the answer … “yes.” And of course, as one who communicates for a living, I was happy to agree to the answer he had preselected. It must have been just at that point when Doug realized he had just handed an open mic to an attorney and asked him to speak. Doug quickly added: “And we ask that you keep your remarks to 10 minutes.” Anticipating what Doug meant, I quickly put him at ease, adding “not to worry – I am not billing anyone this time, so I will keep my remarks brief.”

I’m a Jewish kid from New Jersey. I was active in sports, especially tennis, but was not familiar with college basketball.  My Carolina story starts when I was 11  and living in Jacksonville, Fla., a big University of Georgia and University of Florida town, big football country (remember the U of Florida reference, as it comes up again later in my story). My only basketball memory was Bird v. Magic in 1979.

After having been born in New Jersey (and thankfully not attended school with a darker shade of blue eight miles down the road), we were living in Jacksonville when my father was transferred to the Research Triangle Park. To be honest, I must confess, at that time I knew very little about what would become my adopted home state of North Carolina when my father made the announcement. In fact, all I knew after the announcement and before we moved to Raleigh in the summer of 1981 (in those pre-Google days) was the name of one of the universities in the area we were moving to was a “Tar Heel” – whatever that meant, and their color was sky (Carolina sky) blue. I would go on to know so much about what it means to be a Tar Heel, and bred in North Carolina and about BBQ.

My father had the good fortune and sense (please do not tell him I said this) to bring my brother and I UNC gear and memorabilia, probably because UNC had just played in the NCAA championship game against Indiana. I became an instant college basketball fan. Carolina won the championship and N.C. State followed up with a miracle win in 2013. At my bar mitzvah, I had ACC-colored jelly beans and skipped the party to go to the car to hear UNC play in the ACC tournament. Being Jewish from the Northeast, living in Florida and moving to “Tobacco Road” at the height of college basketball season, Carolina, N.C. State and even Duke win championships as I move to Raleigh.

While I do not give up my bagels and lox, I quickly came to love that age-old N.C. favorite pig pickin’ and coined the term “Southern Reformed,” which just means I never refused a good pig pickin’. It was a good thing because my next move was to Miami and if there is any group on earth that loves eating pig as much as North Carolinians, it is a Cuban in Miami, and I married into just such a family. And ironically, a huge University of Florida family.

I came to Carolina as a Morehead Scholar, cobbled together with other scholarships, and lived in Granville Towers. I played on the tennis team and was involved in intramural sports. I served on the Honor Court as well.

My brother came to Carolina also, and we had the same schedules. I soon had Carolina fever with all the football and basketball games I enjoyed. I was becoming a foodie, enjoying Chinese and Mexican food, even making my own food! In my debate class, I was very good in arguments so I decided to go to law school in Miami after graduation. I still feel my heart race a little faster when I hear Carolina on my Mind (especially if it’s by the Clef Hangers). I still play it when I am driving into Chapel Hill. I see Tar Heel gear around the globe and hear people talk about Carolina’s elite academics and athletics.

As an attorney, I worked with entrepreneurs and innovative companies, large and small. I counseled executives and international presidents and was connected to the University of Miami and University of North Carolina Entrepreneurial Programs through Judith Cohen.

My Carolina story continued a few years later. I remembered an email from 10 years ago while I was a young attorney in Miami, from the Miami Carolina Club leader announcing that a position as available because she was moving. I jumped at the opportunity but did not realize it would lead to seven years of leading the Miami club, adding members and adding a scholarship, of which I was the first recipient, and was up for chair of the Miami Carolina Club, reconnecting to Carolina and eventually to a position on this board. All this from the “kid” whose nickname on the basketball teams of Miami was “Carolina.”

Did I mention my daughter’s name is “Carolina?” I even tried naming my son Jordan Michael, but my wife had caught on by then. The wonderful experiences bringing our kids to Chapel Hill for the weekend, meeting and making new friends, amazing speakers. I had to bring them to this campus to see Carolina play and enjoy true BBQ. I have become a true foodie and traveled the world for the great BBQ.

It has truly been a pleasure and an honor to serve our University on this board and spread Carolina gospel where ever I have traveled as part of the Carolina family. I now look forward to experiencing the next chapter of my Carolina story.