“Being Tar Heel bred, I grew up knowing that Carolina was going to be my school.” 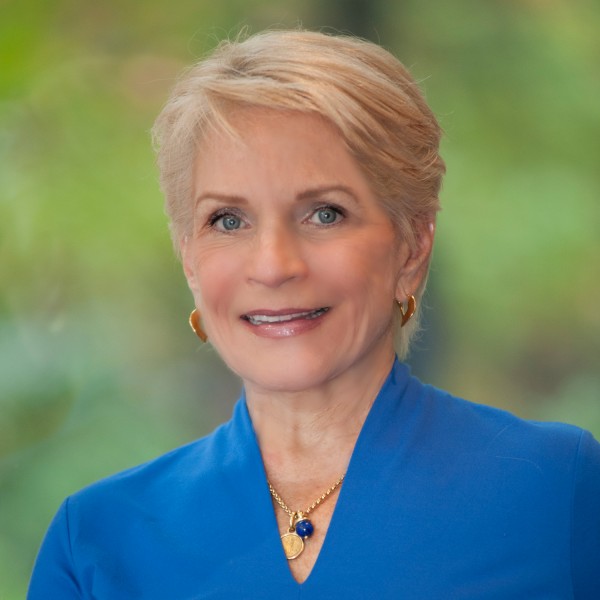 Good morning! When Doug asked me to do this, I had to wonder why as I did not play basketball for Dean Smith (Charlie McNairy), I am not a well-respected attorney (Wade Smith), nor an actress (Sharon Lawrence), but I did grow up Presbyterian and I figure I must have been predestined to be a Tar Heel born!

I was almost born in Alabama! But, being a predestined Carolina girl, my last surviving grandparent, my grandfather, died the month before I was to be born. My dad was stationed in Alabama towards the end of WWII, and mother was there with him. The doctor told her she could come back here (Chatham County, Goldston) for the funeral but that she could not make the return trip until after my birth. Therefore, mother stayed with her sister and family in Chapel Hill. Being a predestined Tar Heel born, I was born here in what was then Watts Hospital in Durham as Chapel Hill had no hospital at that time.

Being Tar Heel bred, I grew up knowing that Carolina was going to be my school. Carolina was all around me. My mom and dad both were Carolina graduates from the UNC School of Pharmacy, with my mother graduating from pharmacy school in 1938, back when there was no place for her to live on campus, no dwelling facilities at all for women. The women had to be day students so my mother lived with her sister’s family here in town. I read that by 1939 there were 504 women at Carolina. By the way, after Carolina was founded in 1789, the first woman was finally admitted over 100 years later!

After World War II was over, my dad, who was in the Army Air Corps, was persuaded by my mother to come to Carolina to pharmacy school as well. Once the pharmacy dean discovered that mother was in town, he asked her to come teach, and she wound up teaching my dad in pharmacy! Daddy said he never was sure what to call her if he had a question in class — Mrs. Lynch or Honey!

While we were living here, at Victory Village (now student housing) when my dad was in school, I learned to swim at the UNC indoor Bowman Gray swimming pool. Unfortunately, my swimming lessons were cut short by the polio epidemic that closed the pools!

After daddy finished pharmacy school in 1950, we moved to Wilmington (where mother and daddy had met and married) where my dad was a pharmacist at Tom’s Drug Store where mother and he first met! When I was in second grade, we moved to Dunn. I still have fond memories of coming to Chapel Hill often while I grew up, coming to see that aunt and uncle who lived here in University housing that was in the parking lot across from The Carolina Inn, going to Carolina football games, walking on top of the stone walls as a child and coming to Memorial Hall for the Latin High School Conference.

Dunn is where I met my husband, Cliff. As he was the cousin of one of my best friends, we used to all play those outdoor games that I bet are no longer played — kick the can, hide and go seek, and follow the arrow. When Cliff and I started dating in my senior year of high school, Cliff’s parents owned a drugstore in Dunn, as did my parents, so we were teased a lot about each dating the competitor! While I was preparing to head to Carolina, he decided that he, too, should be at Carolina. He was already a Carolina fan, and while at Carolina he played freshman football and basketball, so we have been going to Carolina home football and basketball games for a very long time!

Of the sister and her husband with whom my mother lived, my uncle was the University comptroller. Her sister later ran what is now the Sports Medicine Department, with at least 18 on staff. At that time, it was called “the treatment room” with just one room, and Aggie (my aunt) was a nurse and the single medical provider. Her daughter graduated from the UNC School of Nursing, another early Carolina girl.

My cousin, Charles Barber, married Jackie Merritt from Chapel Hill. She is the daughter of Jack Merritt, who was described as a “bruising fullback” and was a star football player at Carolina in 1921-22. He earned the nickname “the battering ram.”  Vic Huggins, who was head cheerleader, saw the need for a tough mascot and thought of a ram because of Jack Merritt’s nickname and thus, in 1924, we got Rameses.

There were few women here as freshmen then. Women had to be majoring in pharmacy, nursing, physical therapy or med tech to be accepted as a freshman. I think there were about 8,000 students here then, and men outnumbered women 8-1! How that has changed. Those odds changed in year three, when the women transferred in their junior year from the many surrounding women’s colleges. UNC-G was even once called Woman’s College!

For women back then, there were rules and more rules! We had a separate student government, a dean of women, we could not wear long pants on campus (even with a coat over) so we froze in the winter in our skirts or dresses and little Pappagallo flats. We had to live in a dorm or sorority house with a housemother and had to be in by 8 o’clock on weeknights and by midnight on weekends. We had mandatory study hours on weeknights. And there were Saturday classes! I even had a three-hour physical chemistry lab on a Saturday morning during football season, and I could watch everyone heading to the football games (back before games were televised and were always at 1 o’clock while I was mixing potions!

If women collected 12 late minutes in a semester, we had to appear before the dorm honor council! It was not until fall of 1966 that women were allowed to live off campus. When women started being admitted as freshmen in the General College in 1972, all the women’s rules were dropped to put us on equal footing with the men.

With women so scarce, the guys “imported” dates from surrounding girls’ schools for the weekends. The women had to stay at approved locations so many town people had approved bedrooms for them to stay.

When I was first here in 1963, the upper deck had just been added to Kenan Stadium, and there was nothing but temporary bleacher seats in the end zones. Football games were such an event, and everyone dressed up for the game. Women wore dresses and high heels, and guys were in jackets and ties! For the games, there was a card section, where each person at the direction of the cheerleaders held up a poster with a letter on it to spell out a slogan such as “Beat Duke”!

Basketball in 1963 was played in Woollen Gym, and seating was on wooden bleachers. Billy Cunningham was our star. The games were televised on what was called Broad Vision, where you could watch the action on the UNC television station but had to hear the action play-by-play listening to the radio. The television camera was a stationary camera that was pointed directly at midcourt and came out of the upper east wall. The hole in the wall for the television camera is still there in Woollen Gym.

When Carmichael Gym/Arena opened my sophomore year, do you know why it was attached to Woollen Gym? At that time, the state refused to fund a completely new arena, so Carmichael was approved to be built, as an annex!

During my years here we had incredible entertainment from The Temptations, Louie Armstrong, Smokey Robinson, Richie Havens, Chicago and Tina Turner. Most of it was in Memorial Hall, where there was one restroom for the women, upstairs and was always stopped up! Now we have the wonderful Carolina Performing Arts in Memorial Hall, one of our Carolina treasures.

My first job after graduation, I worked as a pharmacist for 25 years at the Eckerd at Eastgate Shopping Center in Chapel Hill. Many of the older Carolina coaches and my teachers became customers of mine, and it was such fun to get to know them from a different perspective. Roles were reversed as I was helping them while they previously helped me during my Carolina days.

By staying in Chapel Hill, I was able to become involved in Carolina  through various boards and groups, which has been enriching to Cliff’s and my life. By being here, I checked with the Southern Historical Collection at Wilson Library (another one of our Carolina treasures) and found that my great-grandfather served under generals Jeb Stuart and Stonewall Jackson, which was fun to know as I never had the acquaintance of any of my great-grandparents or grandparents, as all had died before I was born.

One of my biggest perks, being a Carolina girl, has been getting to know all of you! Being a part of this incredible, inspiring University has been a wonderful family tradition and hopefully I will get to remain a part of it for a long time before I am Tar Heel dead! Go Heels!!