“I had actually never been to the mainland United States.” 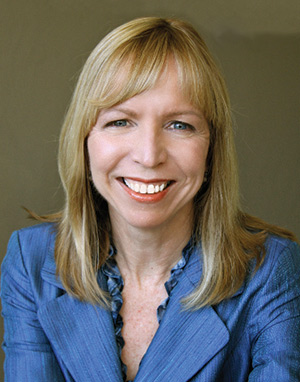 One of the rules of journalism is: “Don’t become the story.” I’m not used to being the center of attention, but listening to Steve Farmer talk about the admissions process this morning, I thought that my story really is pretty different from that.

The first time I laid eyes on this campus was the day I arrived to move into the dorm at Morrison. I got on the plane in Honolulu with a dozen leis around my neck and wearing, for some reason, a three-piece polyester pantsuit. I don’t know why; it was the ’70s. I got off the plane at RDU, and it was one terminal; it was not an international airport then. A fraternity brother with an MG convertible was there to pick me up as a service to pick up out-of-state students at the airport. I had three big suitcases, and so we somehow got them into or onto the MG. We roared down N.C. 54 into Chapel Hill, and he deposited me in the traffic circle at Morrison dorm. I was there and hit with that wonderful August heat and humidity, and my polyester suit and I looked up at the dorm, and I had no idea how to get my suitcases up there, but I was just delighted to be here in Chapel Hill and at college.

Not only had I never been to campus, I had never been to North Carolina, and I had actually never been to the mainland United States. My family had moved when I was a baby to Hawaii, and I had spent my whole life there. So how did this come to be? It seems so strange now that I’m looking at Steve [Farmer] and thinking about this elaborate admissions process. Well, it does kind of run in the family. My mother was a farm girl from Missouri. She went to school in, literally, a one-room schoolhouse. She left there after graduating at age 16 and went to California by herself to go to college. My dad grew up in Nebraska in a little town, and he left after high school graduation at 17 to join the Army Air Corps and fight in World War II. These two independent, adventurous people met and married, and by 1960, they had four children, and they packed us all up and moved to Hawaii. My father went to work doing engine maintenance for the airlines, and my mother became a schoolteacher. They had one more child, and they raised us five children to be responsible, to work hard and to think for ourselves.

When it came time to apply to college, I did it on my own. This was before the internet, hard to imagine, so when applying for college, you sent off for the catalogs and application forms and went to the library and talked to people and tried to learn everything you could. I went to a large public high school that didn’t have much of anything. We didn’t have great sports teams, we didn’t have good facilities, we didn’t have a lot of textbooks — it was kind of a tough school. I wanted to go to a college that had just about everything. I was catalog shopping for my college. I remember that powder blue Carolina catalog that was about this thick. I remember reading through it and reading about this campus and the faculty and the library and the courses. One of the dorms had a grand piano in the lobby — it sounded like Versailles to me. There were other schools — I applied to several and got in — but Carolina captured my heart, so I decided to come here. That’s how I decided to get on that airplane and arrive here.

I was a good student in high school, but things were not entirely smooth my first semester. I immersed myself into student life but not necessarily in studying. So the midterm grades came around, and I saw the first D’s of my life, and fortunately, if you will recall, those grades were only advisory at that point to let you know how you were doing. I had never had to study in high school. I really don’t know how I got through — maybe on the basis of reading, I guess. Fortunately, I had some older, wiser suitemates who took me by the elbow to Wilson Library and got me to sit in the carrel and study for hours at a time. Eventually, I became a good student, probably too good for a journalism major, but I got through that.

“Why are you studying so much?” my friends would ask. I had placed out of freshman English, but I was in Honors seminar. It was with about a dozen students, and I could quickly tell that they had all studied these books before. I was daunted, and I went to the professor, who was a big, tall man named Thomas Stumpf. I said, “I can’t do this — Chaucer, Thackaray — these kids, they all know it, so I’m gonna have to drop the class.” He said, “Wait two weeks; I think you can do it.” I’m so grateful to him, because I loved that class. I did so well and learned so much. It let me know that, even though I didn’t have some of the high school background of others, that if you study and you work hard that you can do it.

Carolina is so big, and I was a little lost. One day I went to The Daily Tar Heel and signed up, and that became my home away from home. Carolina over the years provided me with everything I had hoped for from the catalog and more. It started me on my professional path, it gave me lifelong friendships, and most of all, it brought me to North Carolina, a state that became my adopted home. Through The DTH, I made a lot of wonderful connections, also to the great North Carolina journalism tradition. One day I was there and I heard this familiar, booming voice come out of the morgue where the back issues were. Out walked Charles Kuralt ’55, who was there to do some research. I met Tom Wicker ’48, who worked for The New York Times, and David Brinkley and all these people.

In 1980, I got to go cover the presidential election. Election night, 1980, I was in the Reagan campaign celebration, taking notes and interviewing a lot of very happy, drunk Republican people, and I knew that I was really going to be a journalist, because my classmate who had gone was covering the Carter celebrations, and we stayed at his grandmother’s apartment, and I got home, and he had left a note: “In despair — I’m so sorry about the outcome of this election,” and so on. I was just exhilarated, and so I realized that I was going to go into journalism and that he was going into something else probably, and he did.

My Carolina story also continued after graduation. Through Carolina, I got my first internship and my first job, probably. A man named Jim Shumaker ’49 was here — he was the guy in the journalism school who had street cred, because every couple of years he would go back to work in the field at a newspaper, so the students really thought he was legitimate. He helped me get my second job, at United Press International, and my third job, at The News & Observer. As a reporter, traveling all over this state, coming to see it literally from Manteo to Murphy — it is such a privilege to have people invite you into their homes and their lives and tell their stories — and getting to know what issues really mean. That kind of journalism that’s very connected to community has always been what rewards me. And to come to really know and understand this state and this idea of “to be rather than to seem” is so important. I came to appreciate as an adult how important UNC, and especially UNC-Chapel Hill, has been to the history of this state and to the future.

Meeting a lot of North Carolina people like Bill Friday ’48 (LLB) was a great highlight of my career. I have a little paperweight he gave me, an N.C. People paperweight. I think that connection between The News & Observer in those years and the state was really a continuation of my Carolina story. Even getting to know public radio came through listening faithfully to WUNC when I was here. My boss in Southern California now, Bill Davis ’94 (MBA), was the general manager here at WUNC years ago, and so that Carolina connection continues.

I guess I’ll close by saying that the good news is that I don’t think that my Carolina story is necessarily over. My husband is a Guilford County native and is a triple-degree holder from N.C. State, but we got over that. We hope to come back some day. In the meantime, it’s been great to get to know all of you and to renew the connections through this board.

Thank you very much.