“That is what makes this a special place — if you look, you can find great professors willing to buy into student creativity.” 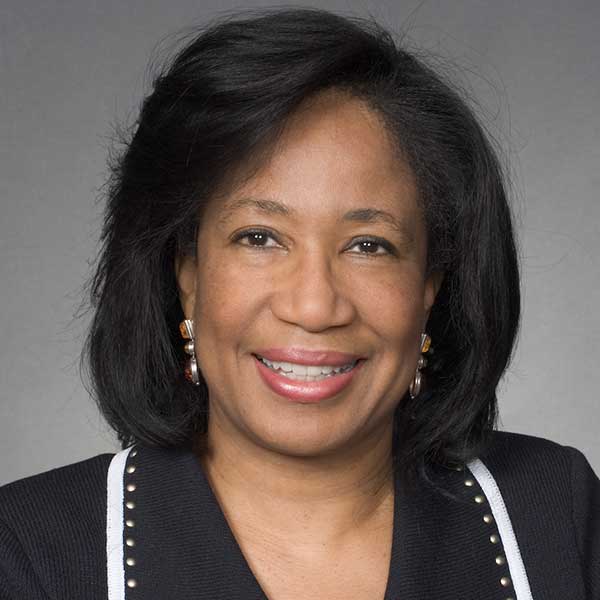 Good morning. Thank you for that introduction. Carolina is very special to me, so I am honored to share my UNC story. I am a person drawn to history and context, so let me sketch the scene for you in 1979:

Now why I left my hometown of Greensboro to come to UNC:

My decision had a lot to do with my father. My fourth-grade year, he was a sociology professor at N.C. A&T who took a year leave to teach graduate courses in sociology at UNC. The next summer of 1971, my mother came to UNC to attend an institute for college mathematics professors, and I was put in a local camp. Now in his early 80s, my father still remembers his admiration for Gerhard Lenski and Rupert Vance, who where then giants in sociology. As for me, I went all over campus, and that was it. I was sold.

Within three years of that experience, some great reporting and a couple of lawyers named Sam Ervin and Barbara Jordan captivated me during the Watergate hearings. With its good law and journalism schools, UNC seemed the perfect choice. Like others, I did not apply anywhere else.

Again some context: My parents graduated from college before the first blacks were admitted as undergrads here in 1955. So it is ironic that my first real exposure to UNC came from my father teaching here — an event only four years after the first black professor was hired at UNC — reflecting changes occurring in the world at large and on campus. So in 1979, it was with a sense of gratification that my parents brought me to attend UNC-Chapel Hill.

Some of my favorite memories from UNC:

So, I have a lot of good memories of this place.

One memory is about a course: Special Studies 90. It was a short-lived student-designed course that received academic credit in 1982. The real point is not the course itself. It is that UNC allowed students to be creative and execute on a vision. For me, it showed what a special place this was.

By fall of 1980, I was a student rep for Dean Williamson’s committee charged with suggesting changes for General College requirements. So I was spending a lot of time looking at courses offered on campus. I was also very active in Student Government, or SGA.

One day a group of us at SGA concluded that there wasn’t a course to address multicultural issues across different academic disciplines. So our thought process as students — let’s develop a course. The seminar was to be a joint project between SGA and Arts and Sciences. Five UNC professors and three visiting lecturers, including a newspaper editor and a professor of folklore and musicology at Harvard University, eventually led class sessions. Suite C, the physical home in the Union for SGA, ended up being the home department for the course because we couldn’t find an academic department that was willing to be responsible for it. Students were responsible for developing a syllabus, getting course approval from UNC and the selection and scheduling of course lecturers. Since no department would handle registration, registrar Ray Strong allowed us students to conduct registration and drop-add in the lobby of “Suite C.” Those were the days of checkbook-size computer cards like this used for registration. Because of space allocation issues, course was held in the lounge of Morrison Dorm. It was a crazy 10 months trying to be students and at the same time pull off all these administrative tasks for this new course. A few months before the course was to begin in spring of ‘82, I got a call at my dorm room from Dean Williamson’s office. Over at Arts and Sciences, someone finally realized SGA had not dropped the course idea. I was told that I could not essentially lead a course in which students would be officially evaluated. Panicking, I looked at possible professors to take over. I remember trying to explain: “Student Government has developed a course, would you be willing to serve as administrator?” Given the SGA involvement, there was hesitancy by some. But then, I asked a former professor who agreed — longtime Honors Program and speech communications Professor Paul Brandes. He agreed to take over administrative and evaluation responsibilities. (Again some context: By 1981, he was a very senior professor who instead of coasting in his teaching career, was also enrolled at the law school — he graduated in 1983 and started a law practice — just unbelievable energy.)

That is what makes this a special place — if you look, you can find great professors willing to buy into student creativity. UNC — and one very special professor — allowed students to give birth to a vision and in turn gave us a very empowering experience. It was only a few years ago that I found out that Brandes Course Development Awards are to presented to UNC professors who create seminars that are interdisciplinary in nature and which stress innovative ways of teaching and learning. I always wondered why Professor Brandes agreed to give a group of students a chance. Unknown to us, creativity in undergraduate education was his passion.

Carolina – Its lasting impact on me

So finally as I think of Carolina, there is a collage of feelings. First, without exception, the dearest friends I have in life I met here. My college years were a fun, creative, fearless time — when I did not have sense enough to be scared by obstacles facing me. Now as an alum, particularly when I walk on the brick paths of McCorkle Place, I often think about the generations who came before me. Consequently, UNC for me is bigger than its current students, faculty, staff or living alumni. We are merely stewards of this institution for small slivers of time. I am proud to be a UNC alumnus and proud to be part of a vibrant legacy. I am excited for the future that lies ahead — as the legacy continues.