“So all in all, UNC to me always has been an ideal, a value — not just a means to an end.” 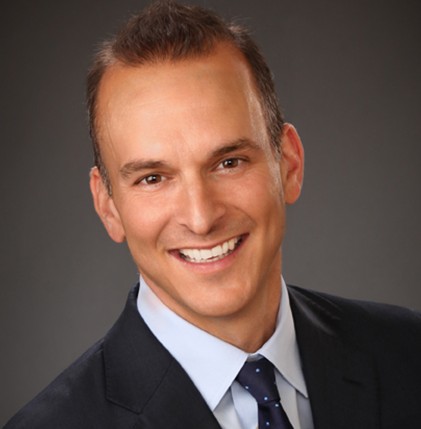 Over the last few years, I have testified a few times and done a few talks and interviews, but last night was my worst night’s sleep out of all of them.

I think it is tougher to talk about yourself as opposed to your job, the mission of your company or a case. But also trying to express what Carolina means to me in 10 minutes is an impossible task.

And having just heard that our attention span is less than 10 minutes — I am in trouble!

I guess I should start by saying, “I was not a Tar Heel born.”

I was born in Jacksonville, Fla., to Tom ’62 and Judi Tygart. My dad did graduate from Carolina, where he was on the swim team.

Growing up in Jacksonville — some of you may know it as the host city for the World’s Largest Outdoor Cocktail party — or the Florida – Georgia football game. The lure of these schools is enormous and powerful.

But I will never forget, in 1982 when I was in fifth grade, my dad allowed us to stay up late to watch the miraculous finish to the UNC-Georgia Tech national championship game.

Seared in my mind that night was not only the shot heard round the world, but the tenacity and persistence of James Worthy ’85. And, of course, the smile on his face when he was unexpectedly thrown the ball as the final second clicked off.

Well, not too long after this memorable night, my dad received a call from a friend of his — some of you may know him — Moyer Smith ’61, (’65 MEd). Moyer told my dad that the AAU high school national championship was being held in Jacksonville — top players in the country — and that Coach Dean Smith was coming to Jacksonville for the tournament.

And, still better, Moyer asked my dad if he would find a place for him to stay and if we would pick him up from the airport.

What I remember most about that ride to Ponte Vedra Beach was how humble, decent and selfless Coach Smith was to my dad and me. And later that week when I saw him at the gym, he was that way with everyone — the concessions staff, the gym staff and even Bobby Knight (which had to be hard to do). I guess it was a good thing Coach K was not there as I might have seen a different side of Coach Smith.

Coach Smith also told me that my brother and I should come up to Chapel Hill and attend his basketball camp — it was actually called Basketball School.

Well, not long after, my brother and I did pack our bags and come to Chapel Hill to attend basketball camp. We checked in to Granville Towers with other campers.

We spent a great deal of time and our parents’ money on Cheerwine and fireballs from Ken’s Quickie Mart.

I soon realized why it was called Basketball School and not camp, because while I learned a lot about basketball, I learned more about life and how to succeed in life by working hard, doing the right thing, striving for excellence, having integrity on and off the court and treating all equally — these lessons came from great players who were my counselors, including Jimmy Black ’82 and Chris Brust ’88.

From this, I learned what it meant to be a Tar Heel (or was supposed to mean), and I knew I wanted to be a part of the Carolina family — one way or the other.

Several years later as I was finishing my junior year at The Bolles School in Jacksonville, it became clear I was not going to be playing basketball at UNC. I was lucky enough to go on a college trip where we toured 26 or so schools in the Southeast. I ended up applying to UNC, Vanderbilt and Furman, but after testing it through this trip, I knew UNC was the place for me.

I will never forget the day my early acceptance letter came in the mail. Needless to say, I was quick to accept and drop the AP classes I was taking my senior year. I also was thrilled when two of my best friends from high school (one since kindergarten) also were accepted and enrolled as well.

Once I enrolled in the fall of 1989, life seemed almost perfect. Although “Econ 10 and “Astronomy 35” were oh-so-tough, they were just a few steps from my dorm at Old West, so I could literally roll out of bed at 7:55 a.m. to make the 8 a.m. start. I am sure my poor grades in those classes had nothing to do with me still being asleep, having just gotten home from Franklin Street or the PIKA house or wherever an hour or so earlier.

Thank God there was no iPhone, Twitter, Facebook or Periscope. I can almost guarantee you that Doug Dibbert ’70 would not have asked me to run for the GAA board position.

Actually, Apple had just put out its Apple 2E, and we still had to go down to Woollen to register for class, but then the phone system was put in place by my senior year. I still use my same UNC1 password (I think the first password I ever had) today.

After realizing a degree in social work was not a degree in being social with friends, and realizing even business majors were not getting hired in the poor economy of the early 1990s, I somehow ended up in Caldwell Hall in the philosophy department.

It was these experiences, however, that challenged the values and beliefs I held coming into UNC — throw a lot of it upside down and see where it lands.

And ultimately, I think it pushed me to be settled firmly on the lessons of excellence, equality and integrity I had learned many years ago. While sometimes, these values were held together by a thread, they eventually came full circle and were sewn together stronger than ever.

While we took a lot from UNC at the time, we also tried to give back. We started the Inter-Fraternity Council, got a great friend and fraternity brother elected student body president, helped push the Special Olympics program to UNC students and the Little Buddy program through the Campus Y.

My senior year, really in storybook fashion, most of you remember the 1993 UNC team and the incredible run at the end of the season and into the tournament. I worked delivering pizzas at Pizza Hut and waiting tables at Mama Dip’s Kitchen, so I had some cash to get us up to the Meadowlands to watch the Sweet 16 and Elite 8 games with the Heels with a few fraternity brothers.

The following week the Heels won the national championship, and the celebration could not have been better. Although it was awesome, the Tuesday night after the Monday national championship game was actually better, because that was the night that I had my first date at our house cocktail party with the love of my life — Nichole Strom, class of ’94. She was a J-School student who finished high school in Raleigh. Unbelievably, her first step onto UNC campus was when she came for her freshman year. (In-state students, they really do not know how good they have it.)

Many of you met her last night. We got married in 1995 and celebrated our 20th anniversary by spending this week in Chapel Hill and Wilmington. I am sure there is another big expense in there somewhere, too.

So all in all, UNC to me always has been an ideal, a value — not just a means to an end. To me, while it formed my approach and outlook, it is bigger than me or any one person. I feel so fortunate to have fallen in love with this ideal and thus this University simply from watching a basketball game over 30 years ago.

A couple years ago, not long after our Armstrong case, I read a quote — one that has meant the world to me ever since and to me embodies everything great about my Carolina experience.

It said: “You should not be satisfied or proud to do the right thing; you just do it.” — Dean Smith.

Thank you for your attention! Go Tar Heels!