Brian James, a veteran law enforcement leader with decades of experience, is UNC’s new police chief. James, who formerly served as chief of police in Greensboro, will assume his post July 1.

James was hired after a national search, replacing interim Police Chief Rahsheem Holland ’13, who has resumed his role as captain and is assisting James with his transition. Holland had served as police chief since David Perry resigned in June 2021. At the time, Perry gave no explanation for his departure. 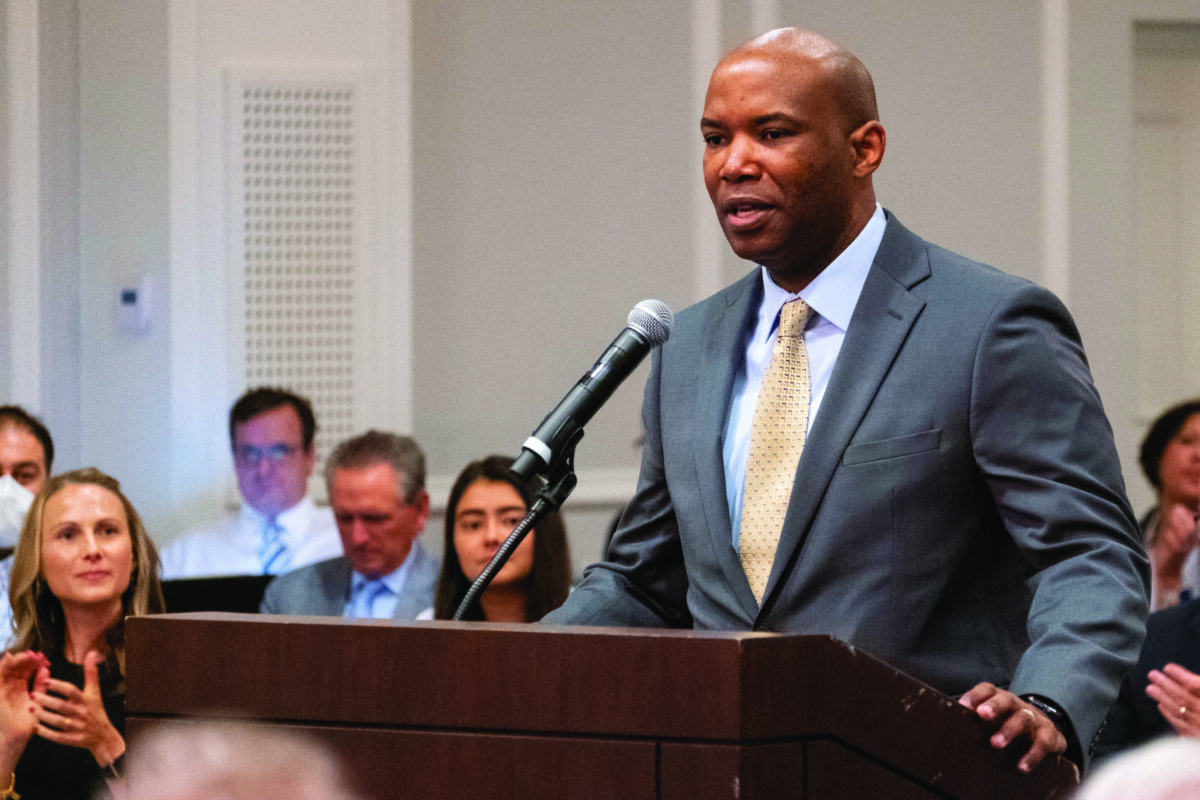 During Perry’s less than two years of service, the Carolina Alumni Review reported last year, an audit conducted by the UNC Office of Internal Audit dated Dec. 22, 2020, found a member of the UNC Police Department committed multiple ethics violations, including accessing a criminal database for personal reasons and misusing departmental funds and resources. The name of the individual was redacted from the audit when it was released in August 2021.

“In our recruitment for a new police chief, the search committee made it the highest priority not just to find someone with police and safety experience, but also to find a leader who puts the community first and has a history of developing relationships within their community,” said Chancellor Kevin Guskiewicz. “I am confident that Chief James upholds these values.”

Guskiewicz said James will work to continue bridging and developing relationships between UNC police and members of the campus and local community, while also focusing on staff retention and recruitment of top applicants.

James joined the Greensboro Police Department in 1996 and was promoted to chief of the department in 2020. He holds a master of business administration from Pfeiffer University and a bachelor’s in business from N.C. Agricultural and Technical State University.