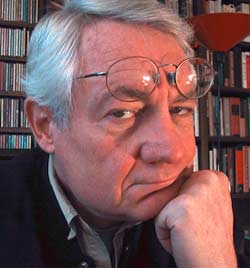 Blount has 21 books to his credit, including the novel First Hubby (1991), the anthology Roy Blount’s Book of Southern Humor (1994), the memoir Be Sweet (1998), the biography Robert E. Lee (2003) and his latest, Alphabet Juice (2008). His work has appeared in 166 periodicals, from The New Yorker to Organic Gardening, and he is a columnist for The Oxford American. His book, Long Time Leaving: Dispatches From Up South, won the 2007 nonfiction award from the New England Independent Booksellers Association.

Blount’s work extends beyond the printed page. He is a panelist on the National Public Radio show Wait, Wait … Don’t Tell Me, which regularly features Carl Kasell ’56, and a member of the American Heritage Dictionary usage panel. He wrote the screenplay for Larger than Life, featuring Bill Murray, and is president of the Author’s Guild.

Blount is a former reporter and columnist for The Atlanta Journal. He ended his tenure as a senior writer for Sports Illustrated shortly after the publication of his first book, About Three Bricks Shy of a Load (1974), which Adam Gopnik, writing in The New Yorker, called “the best of all books about pro football.”

Garrison Keillor, host of A Prairie Home Companion, said in The Paris Review, “Blount is the best. He can be literate, uncouth and soulful all in one sentence.”

The annual lecture and prize honor Thomas Wolfe ’20, author of Look Homeward, Angel. The event and prize are sponsored by UNC’s English and comparative literature department and the Morgan Writer-in-Residence Program, both in the College of Arts and Sciences, and the international Thomas Wolfe Society. Ben Jones ’50 endowed the medals and prize money for the award.