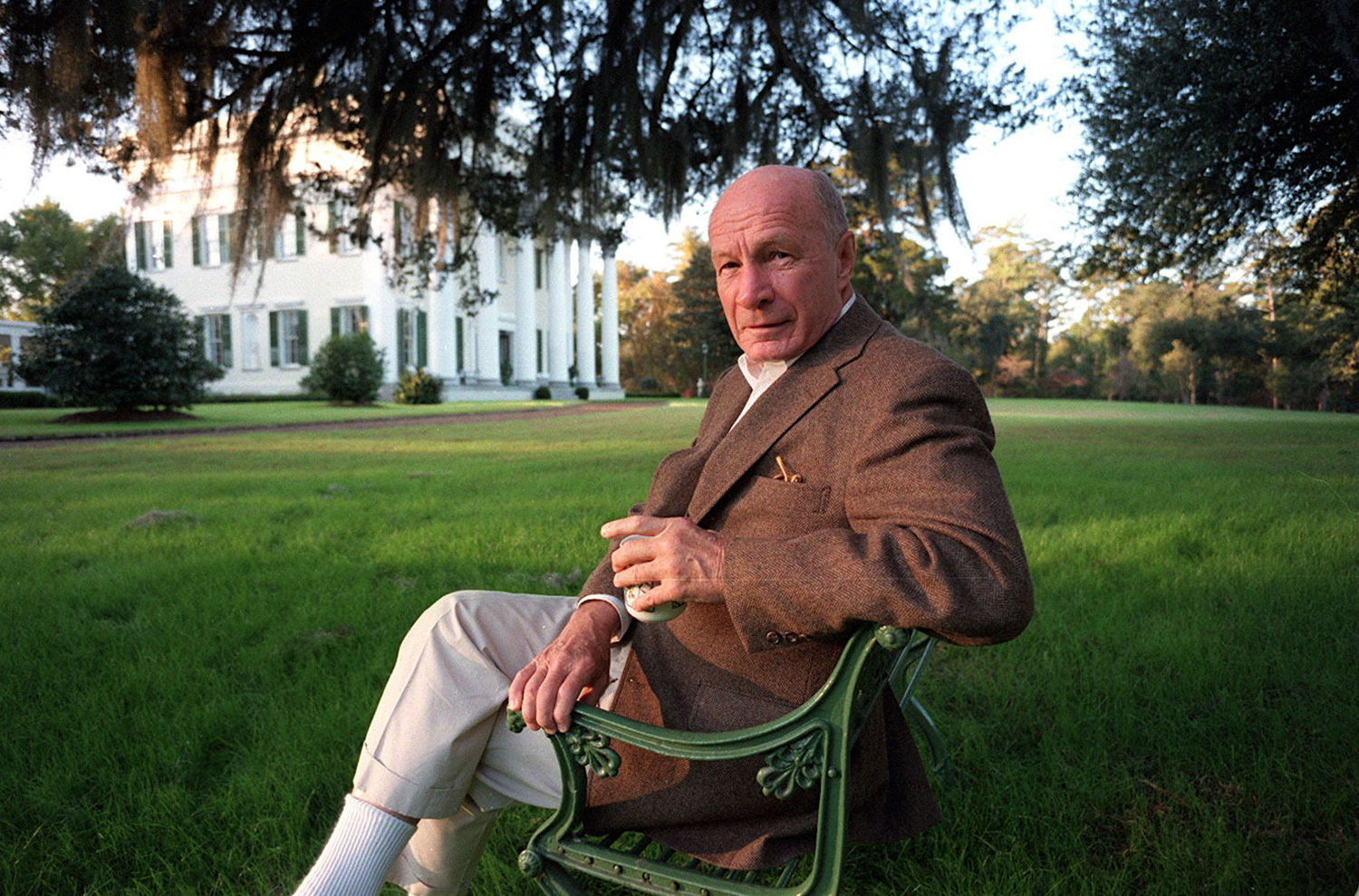 Richard Jenrette ’51 wrote a book — The Contrarian Manager— and gave countless interviews about his business philosophy. His success on Wall Street landed him on magazine covers and lent him the ears of world leaders in politics, economics and culture.

But before he died April 22 at age 89, he distilled all that down to a single sheet of paper with two dozen handwritten rules he titled “What I Learned (How to Succeed) (and have a Long and Happy Life).” The list was shared at a small memorial service for family and friends in Charleston, S.C., and reported by the financial news service Bloomberg.

No. 11 on that list: Turn problems into opportunities. Very often it can be done. Problems create opportunity for change  — people willing to consider change when there are problems.

Jenrette attributed some of his success on Wall Street to fundamentals he picked up at UNC. While president of Chi Psi, he was told by the fraternity’s executive director that the lodge didn’t measure up. Taking that as a challenge, Jenrette proceeded to transform the organization into a group that by his senior year was a benchmark of campus leadership. He said the fraternity lessons in leadership were more valuable than anything he picked up at Harvard Business School. (Besides No. 11, the experience likely also contributed to rule No. 14: Have some fun — but not all the time!)

Challenge and change were hallmarks of Jenrette’s career. In 1959, he co-founded Donaldson, Lufkin & Jenrette — with fellow Harvard Business School graduates William Donaldson and Dan Lufkin — the first major American brokerage firm to launch since the early days of the Great Depression and the first New York Stock Exchange member to go public.

No. 6: Study — stay educated. Do your homework!! Keep learning!

Known by the shorthand DLJ, the firm made its name by providing uncommonly extensive research on growing companies not then covered by most of its Wall Street competitors — firms such as Xerox Corp., one of its first “buy” recommendations. Before long, DLJ had a client base loaded with pension funds, mutual funds and other institutional investors that led to phenomenal growth.

No. 13: But be open to change — don’t be stuck in mud. Be willing to consider what’s new but don’t blindly follow it. USE YOUR HEAD — COMMON SENSE.

In 1970, the firm sold shares to the public, which ran counter to a New York Stock Exchange rule prohibiting members from going public. “A lot of the old guard protested, fearing their private ‘club’ would be opened up to the world — which, of course, it was,” Jenrette told the Review in a 1985 interview. However, the exchange relented to the financial industry’s need to raise capital, and other Wall Street firms followed.

Jenrette became chairman of DLJ in December 1973. When the firm was bought by Equitable Life Assurance Society in 1984, he was the sole original partner still there. He rose to chairman and CEO of Equitable and followed his rules about being open to change and against quitting when the insurer faced a financial crisis in 1990. Jenrette cut $150 million in annual costs, sold 49 percent of the company for $1 billion to Axa and raised another $450 million in an initial public offering that was the biggest shift of ownership of a U.S. insurance company from customers to stockholders.

Jenrette retired in 1996 and the next year published The Contrarian Manager, detailing his management philosophy of making the competition irrelevant. “You are creating your own market, your own niche where you can excel on your own terms,” he wrote.

While Jenrette rose to the pinnacle of the business world by being open to new ways of doing things, he had a reputation for old-fashioned values, including fairness and fair play. The New York Times once called him the “last gentleman on Wall Street.”

His image as a traditional gentleman was burnished by his interest in historic preservation. Jenrette collected old mansions and became an expert in 19th-century American Federal antiques. In 1993, he founded Classic American Homes Preservation Trust to preserve architecturally significant homes he acquired, including Hillsborough’s Ayr Mount; Millford Plantation and Roper House in South Carolina; and Edgewater in New York, which he purchased in 1969 from author Gore Vidal.

Jenrette led efforts to restore the UNC System president’s house and renovate and decorate the Chi Psi fraternity house. And he had a hand in renovating and preserving two campus icons — Old East and Old West, which he supported returning to their original beauty with the complete restoration of the masonry, total copper roof replacement, even to repairing or replacing the stone window sills.

During the work on the campus’s two original structures, he had modern students as well as UNC’s legacy in mind. He observed that college students are “just the age where you have to stun them with something beautiful.”

His other contributions to Carolina — where he had been editor of The Daily Tar Heel and belonged to Phi Beta Kappa, Order of the Old Well and Golden Fleece — reached all corners of the campus and beyond. He served on UNC’s Board of Trustees, its Board of Visitors and the Bicentennial Campaign Steering Committee. A foundation bearing his name has contributed to the Kenan-Flagler Business School MBA Fellowships, the Macon Patton Memorial Professorship, the Charles Kuralt Learning Center in the School of Media and Journalism, and the School of Medicine. His UNC honors include a Distinguished Alumnus Award (1985), an honorary doctor of laws degree (1998) and the William Richardson Davie Award (1999). The GAA awarded him its Distinguished Service Medal (2003), and each fall the New York Carolina Club hosts a reception for the Richard Jenrette/NYCC Scholarship Fund, which supports New York-area students attending UNC.

That support for students and for cultivating the careers of young professionals matched up with his rule No. 7: Cultivate friends of all ages — especially younger.

During the Korean War, Jenrette had worked in counterintelligence and met some Harvard alumni. When he learned that Harvard Business School was making a special effort to recruit students from the South, he used money from the GI Bill and earnings from an insurance sales job to enroll. He almost left after he struggled with the case-study method of classes but buckled down and mastered it.

Years later, Jenrette would share his own experience with another struggling student contemplating dropping out of the business school. Stephen Schwarzman was at UNC in April, shortly before his mentor’s death, for the annual luncheon for Phillips Ambassadors, a program that sends Carolina students to travel and study in Asia (No. 18: Travel a lot — around the world, if possible.). Schwarzman told them that as he was considering leaving Harvard, he received a six-page letter from Jenrette — whose professional success was by then the stuff of Wall Street legend — encouraging him not to do it, concluding, “I didn’t, and you shouldn’t.”

Schwarzman stayed and went on to become founder and chairman of The Blackstone Group, one of the largest global private equity firms, proof that Jenrette’s rule No. 1 pays dividends: Stay in the game. That’s often all you need to do — don’t quit. Stick around! Don’t be a quitter!