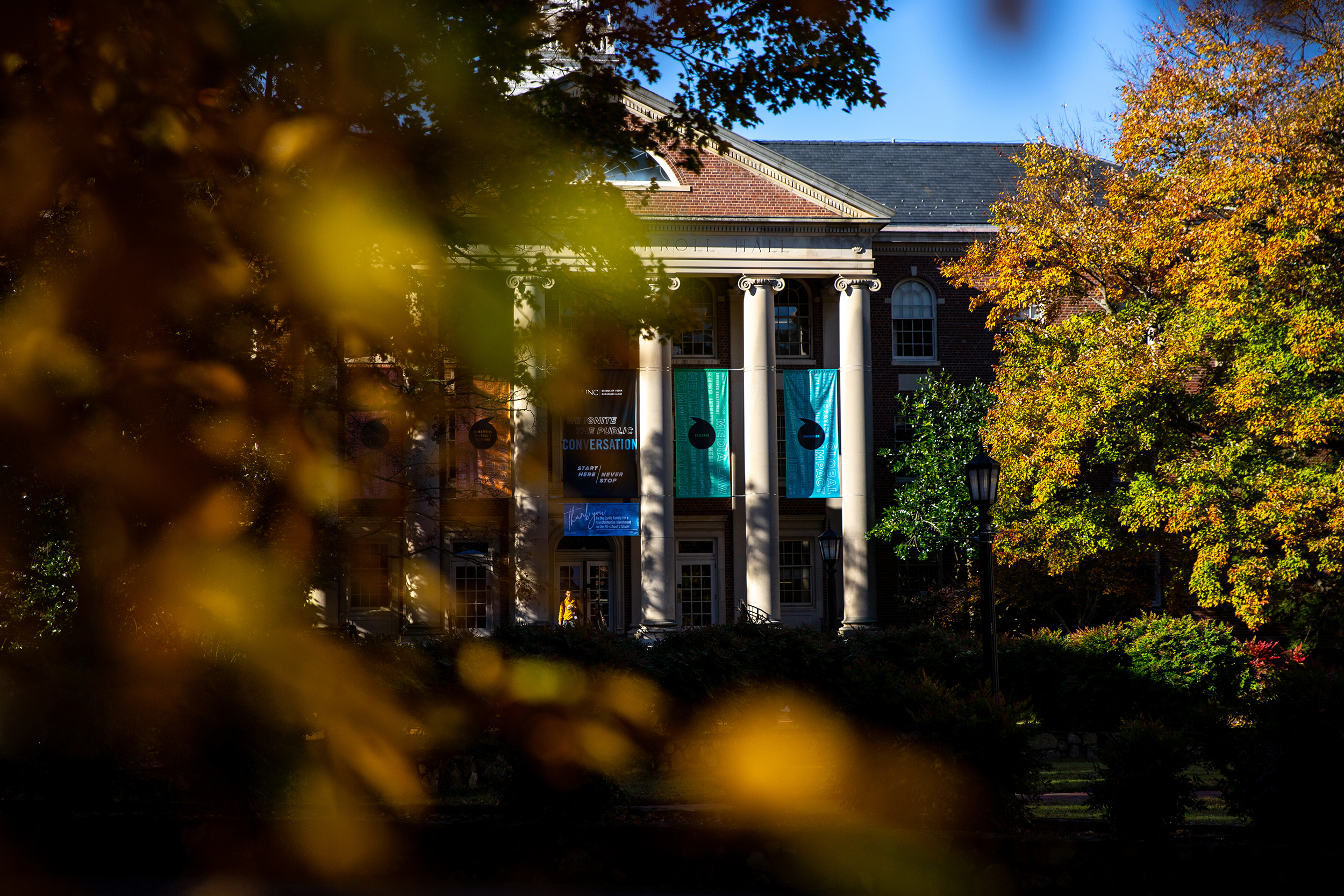 The executive-in-residence program also will establish the Frank A. Daniels Jr. Lecture, a capstone event featuring the discussion of issues at the intersection of media, politics and public discourse. (Alex Kormann ’19)

UNC’s Hussman School of Journalism and Media will be home to an executive-in-residence program honoring Frank A. Daniels Jr. ’53, the longtime president and publisher of The News & Observer who, in his 26 years at the helm of The N&O, rose to national prominence and established a legacy of exemplary journalism and public service. 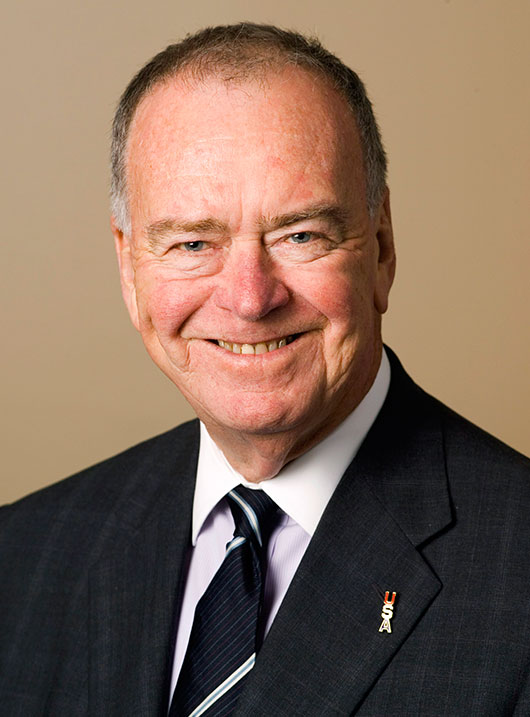 The program, established by members of the Daniels family and announced Sept. 23, will allow students and faculty to work with and learn from leaders from the fields of journalism, media and related professions.

“This executive-in-residence program extends Frank’s legacy to future generations and celebrates his position as the dean of North Carolina newspaper publishers and media innovators,” said Hussman Dean Susan King. “Thanks to the Daniels family, our school will continue to learn from media leaders who, like Frank, believe that shining light in dark places enables citizens to make informed decisions in our democracy.”

Executives-in-residence will lead semesterlong courses in their areas of expertise, leveraging their networks to involve journalism and media professionals to work with students and engage the larger campus community. The program also will establish the Frank A. Daniels Jr. Lecture, a capstone event featuring the discussion of issues at the intersection of media, politics and public discourse.

“Everyone can use a Frank Jr. in their lives,” said his nephew David Woronoff ’88, publisher of The Pilot in Southern Pines and member of the Hussman board of advisers. “For the better part of my life, I’ve been the beneficiary of his wisdom and counsel. This executive-in-residence program allows the legacy that I was so fortunate to enjoy to be shared with future generations of North Carolinians.”

Under Daniels’ direction, The N&O was recognized as one of the best state capital newspaper in America and a leading progressive voice in the South.

“Frank A. Daniels Jr. has built a legacy of truth-telling, education, democracy and courageous journalism across the state of North Carolina,” said Chancellor Kevin Guskiewicz. “This new program will prepare the next generation of media leaders and give them the unique opportunity to work closely with a thought leader at the top of their profession.”

Hugh Stevens ’65 (’68 JD), Daniels’ longtime attorney, said: “Frank ran The News & Observer not just as a business but also as the embodiment of his progressive and optimistic vision for his community and state. He provided the news department with the people and resources to investigate incompetent or corrupt public officials without fear or favor. Under his direction, the editorial page endorsed minority candidates who became Raleigh’s first Black mayor and Wake County’s first Black sheriff, and [he] assiduously fought for transparency and accountability on the part of public officials and institutions.”

Daniels has been a longtime supporter of education in North Carolina. As a member of the Raleigh Junior Chamber of Commerce, he was part of the group that engineered the merger of the Raleigh and Wake County Public School systems, which enabled the systems to integrate and become one of the leading large school systems in the country. He is a former member of the UNC System Board of Governors and has been a trustee at UNC’s Kenan Institute of Private Enterprise, Appalachian State University, Saint Mary’s College (now Saint Mary’s School) and Peace College (now William Peace University).