The Pulse of Ukraine

Barricades at Euromaidan in Kiev. Photo: iStock
Posted on May 13, 2022

When Russia invaded Ukraine in February, the strength of Ukrainian resistance caught the world by surprise. Instead of quickly capitulating, as most military analysts predicted, Ukrainian forces waged battles across the country and pushed back an assault on the capital of Kyiv. 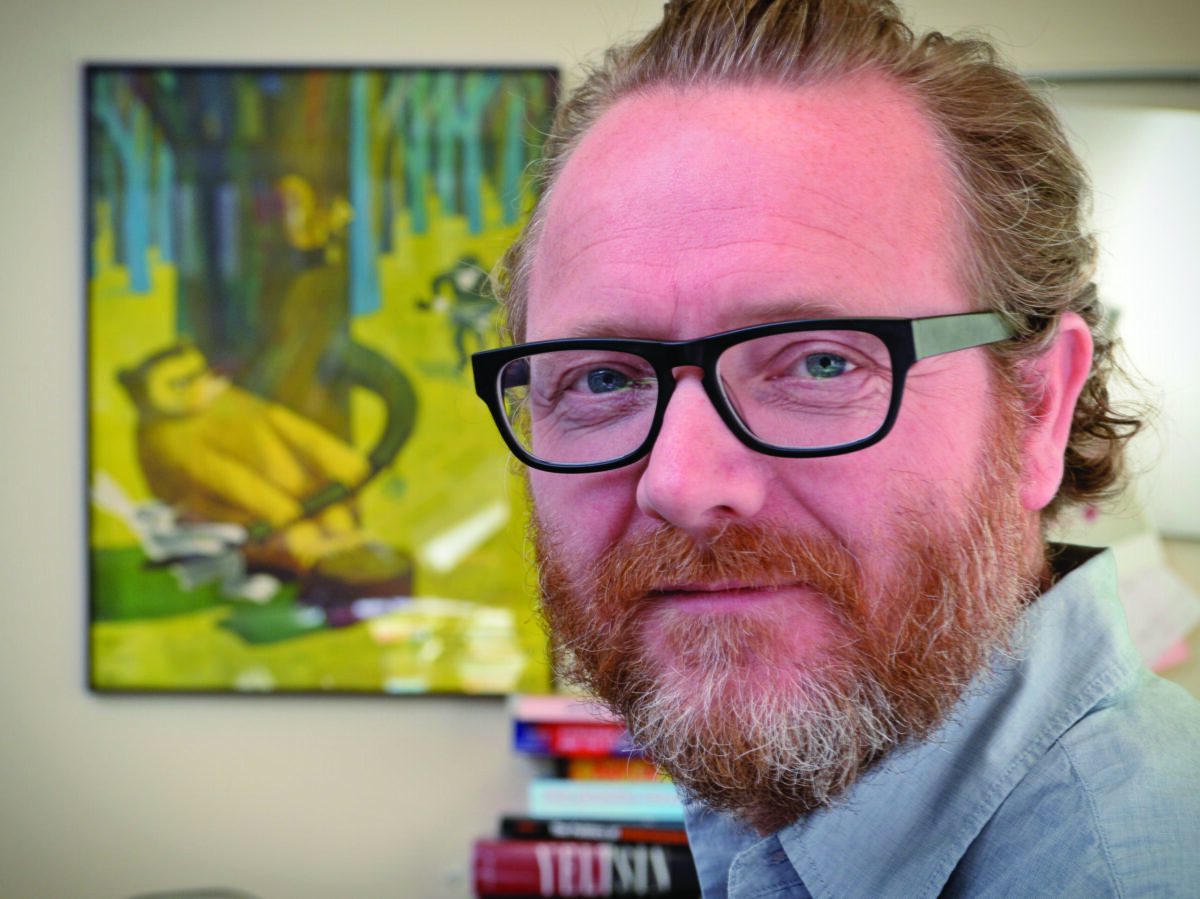 None of that shocked Graeme Robertson, director of UNC’s Center for Slavic, Eurasian and East European Studies and a scholar of both Russian and Ukrainian politics. “Having spent quite a lot of time in the Ukraine over the last few years, 10 minutes on the street would have told you that the Ukrainians were going to resist,” said Robertson, who spoke with the Review in late March. “You really did not need to have your finger deep on the pulse to know the Russians would face enormous opposition.”

Robertson does have his finger on the pulse of Ukrainian society, thanks to years of opinion polling he’s helped conduct in the country. Since the Euromaidan Revolution in 2013 and 2014 — monthslong protests that ousted a corrupt pro-Russian leader — Robertson has tracked Ukraine’s tumultuous politics and the way national identity has been reshaped by conflict with Russia. “There’s been an enormous flourishing of civil society and a big increase in Ukrainian civic identity,” Robertson said.

Ukraine also has been building deeper ties to Europe and NATO. American military advisers have trained the Ukrainian army, including Special Forces officers who have taken Robertson’s classes to learn more about the region. The officers “went to Ukraine, and they would frequently tell me that there were more Americans than you might think working on the ground,” Robertson said. “From what we’re seeing now, their efforts appear to have been very successful.”

Russia and Eastern Europe have occupied Robertson’s whole career, beginning with his undergraduate studies. “I went to Oxford and specialized in communist government and communist economics, and by the time I graduated in 1990, they were pretty much all gone,” Robertson said.

As U.S. foreign policy shifted to focus on terrorism and China’s emergence as a global power, Robertson kept a close watch on the rise of Russian leader Vladimir Putin. In the 2019 book Putin v. the People: The Perilous Politics of a Divided Russia, Robertson and co-author Samuel Greene explained how Putin maintained a two-decade hold on power. “If we want to understand Putin’s power, we need to recognize that millions of ordinary Russians feel pride, trust and even hope when they think of the political leadership of their country,” the authors wrote.

Putin’s takeover of Crimea in 2014 and his backing of Russian-speaking separatists in eastern Ukraine were part of a drive to reassert Russia’s traditional sphere of influence. The aggressive moves were popular with ordinary Russians, helping link support for Putin with Russian patriotism, Robertson said.

The misunderstandings go in both directions. Robertson said the invasion was going far worse than Russia anticipated. Putin failed to understand how attacking Ukraine would galvanize the Western world and isolate Russia, prompting damaging economic sanctions and strengthening ties among NATO members. Dictatorships typically are poor at weighing dissenting views, which likely contributed to the blunder. “People get afraid to tell the boss bad news, and then the boss can’t rely on the information that gets passed to them,” Robertson said.

Ukrainian president Volodymyr Zelenskyy has proven much more adept at reading and swaying public opinion — something Robertson has studied closely. “Putin plays into that stereotype of the angry old dictator sitting at his mammoth table shaking his fist,” Robertson said. “Zelenskyy comes across as a real human being, trying to rally the world to his cause. … You can’t help but be moved by it.”

Eric Johnson ’08 is a writer in Chapel Hill. He works for the College Board, the UNC System and occasionally for UNC.