The Way We Were: Wilson Library Putting College Yearbooks Online

Yearbooks from 14 of the 17 UNC System institutions — plus 37 other schools — are now archived together online, thanks to a project based at Wilson Library.

The N.C. Digital Heritage Center has scanned and posted the yearbooks as part of the center’s efforts to digitize and preserve college and university yearbooks from across the state. 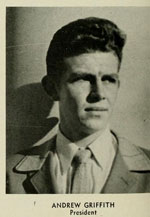 So far, the project has scanned more than 800,000 pages from 51 schools, said Nick Graham, program coordinator for the center. The earliest is the 1890 Hellenian from Chapel Hill; three UNC campuses already have contributed their 2010 yearbooks. (The three UNC System institutions not represented on the new site are the UNC School of the Arts, the N.C. School of Science and Math, and N.C. State University, the last having previously digitized its yearbooks independently.)

History buffs and alumni can glimpse famous grads as young adults. There is Andy Griffith ’49, who was president of the Glee Club at Chapel Hill in 1947. Other photos show a young Jesse Jackson at N.C. A&T State University in 1964, ESPN reporter Stephen A. Smith at Winston-Salem State University in 1991, singer Emmylou Harris at UNC-Greensboro in 1966 and a bearded David Sedaris at Western Carolina University in 1976.

But yearbooks offer more than celebrity photos. They also preserve important traditions, such as the selection of queens for classes and majors at many historically black colleges. Genealogists use the yearbooks to identify and learn about ancestors.

Yearbooks also record what is important to each generation and how student culture and life change. For example, 1920s yearbooks showed students posing in formal attire and participating in activities such as glee clubs and debating societies, while yearbook highlights in the 1970s and ’80s included political rallies, rock concerts and beer drinking contests. “The one constant across the years has been sports,” Graham said.

The N.C. Collection at UNC’s Wilson Special Collections Library manages the N.C. Digital Heritage Center. The center works with libraries, museums, historical societies and cultural institutions across the state to publish historical materials online. The GAA hired the library to digitize all issues of the Carolina Alumni Review, dating back to the first issue in 1912, and the University Alumni Report, which the GAA published from 1970 to 1994. Those issues are currently in the process of being added to the Review’s online archive with a goal of the full archive being available this year, marking the magazine’s 100th anniversary. Issues published in the most recent five years will remain available to GAA members only; all earlier issues will be open to anyone. 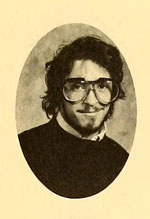 The center currently is expanding the N.C. yearbooks collection by reaching out to community colleges. Another major program is the effort to digitize old runs of campus and community newspapers from across the state.

The State Library of North Carolina supports the center with funds from the Institute of Museum and Library Services under the provisions of the Library and Services and Technology Act. UNC contributes the technical and administrative infrastructure and the expertise of staff consultants.