The University plans to house about 3,500 students in single-occupancy rooms in dorms and Granville Towers for the spring semester and to teach some in-person classes. Most classes with more than 35 students, however, will...

Swine Strain of Coronavirus Could Spread to Humans

New research from the Baric lab at UNC’s Gillings School of Global Public Health suggests that a strain of coronavirus that has recently been alarming the swine industry may have the potential to spread to...

UNC will start spring classes on Jan. 19 and forego spring break in anticipation of continued disruption from the COVID-19 pandemic, planning instead for five break days incorporated into the calendar either individually or in... 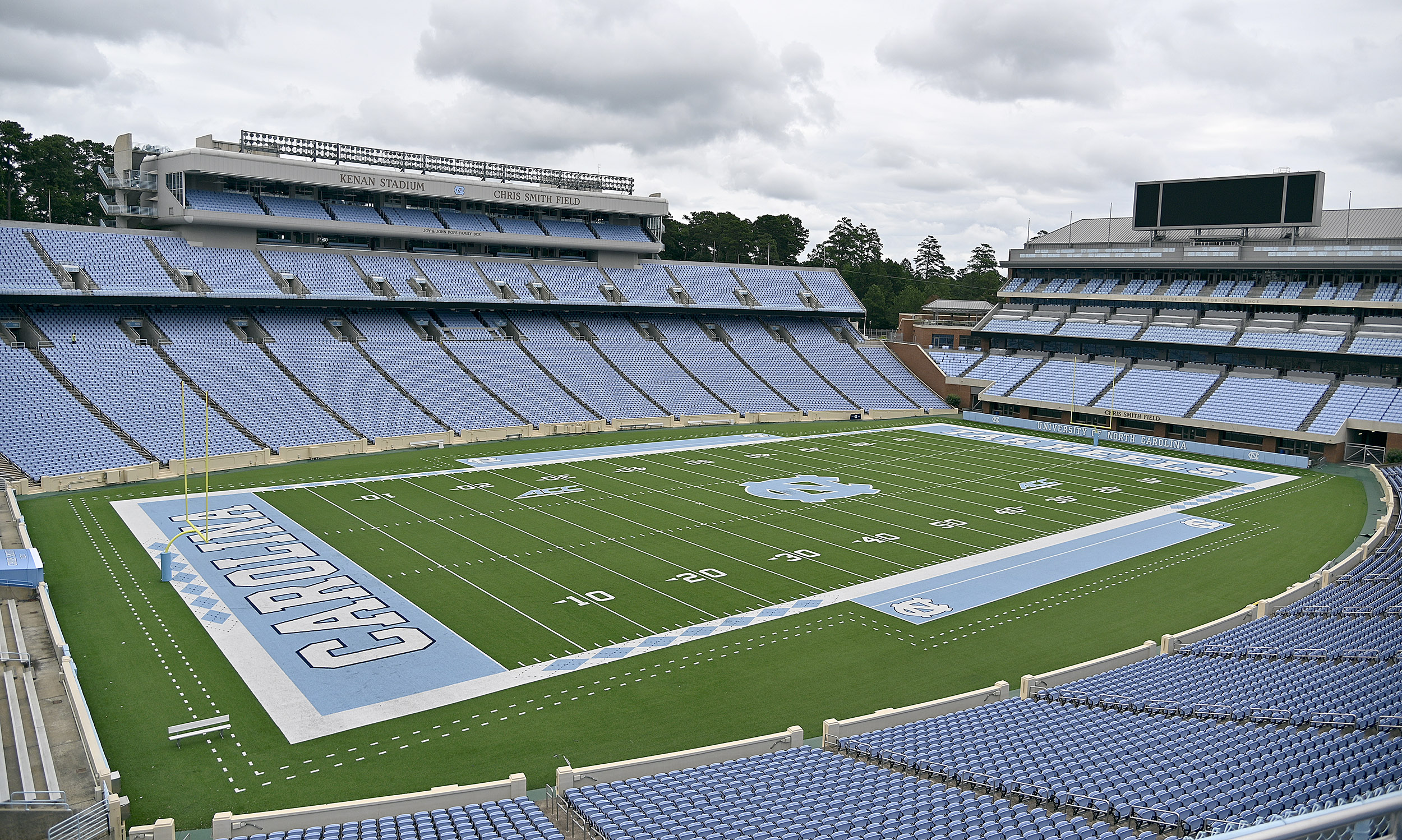 Among those testing positive at Carolina, it is not known how many of the athletics personnel tested positive upon arrival on campus and how many became infected through contact with others after arrival. (Grant Halverson ’93)

Thirty-seven Carolina athletes, coaches and athletics staff have tested positive for COVID-19. This week, the Orange County Health Department identified a cluster, which is defined as five or more related cases.

Campus Health and UNC Hospitals have tested 429 athletes, coaches and staff since they began returning to campus June 1. Athletics personnel are returning in a phased process.

Athletes who test positive are required to isolate for up to 14 days in a campus residence hall specified by the University or at their permanent residence. Parker Residence Hall on Stadium Drive has been so designated in campus reopening plans. Coaches and staff members are to isolate at their residences for up to 14 days.

Though it’s not known how many of the 37 were associated with the football team, football has stopped workouts for at least a week as a precaution. Personnel in men’s and woman’s basketball, cross country, field hockey, men’s and women’s soccer, and volleyball have reported to campus, with others expected later this month.

UNC is among a number of schools holding voluntary student-led preseason workouts for athletes — dozens of individuals at schools including Clemson, Alabama, LSU, Texas, Ohio State, Oklahoma State, Iowa State and Kansas State have tested positive, and most have been identified as football players. At one point, one-fourth of LSU’s football team had tested positive.

Among those testing positive at Carolina, it is not known how many of the athletics personnel tested positive upon arrival on campus and how many became infected through contact with others after arrival.

Persons identified as close contacts of those who tested positive, using the Centers for Disease Control and Prevention definition for contact tracing, also will self-quarantine for 14 days. Athletes are monitored by Campus Health Sports Medicine.

When an individual in the Carolina community who is tested at Campus Health tests positive for COVID-19, the University will notify the Orange County Health Department and will conduct contact tracing of those individuals who meet the CDC definition of close contacts. UNC will not identify specific individuals or results.

The Carolina Athletics Roadmap for returning to campus can be found at goheels.com.