History of the Chancellorship

In 1945, as the state of North Carolina looked to its future beyond the World War II era, it also looked ahead at how the state’s system of higher education should work. That year, the state designated three campuses for newly created chancellorships — at UNC and at what were then N.C. State College in Raleigh and Woman’s College in Greensboro. At Chapel Hill, UNC President Frank Porter Graham (class of 1909) turned to Robert B. House (class of 1916), his longtime friend and colleague. House had returned to UNC nearly 20 years earlier, serving first as executive secretary (1926-34) and then as dean of administration. He would serve until 1957 as UNC’s first chancellor and, to date, has been the University’s longest-serving chancellor.

Twelve individuals have served the University as chancellor since 1945, and their period of combined service encompasses the massive growth and the political and social changes that have redefined Chapel Hill since the world changed and the veterans transformed our campus in the wake of World War II.

Beginning in late 1995, the Carolina Alumni Review published a series of articles about the lives and times of these chancellors, going back to Robert House. Subsequent articles have detailed the death in 1999 of Michael K. Hooker ’69 and reported on the interim chancellorship of William O. McCoy ’55, the arrival of James Moeser in 2000, the appointment of Holden Thorp ’86 to lead the University in 2008, the naming of Carol L. Folt in 2013 and the selection of Kevin M. Guskiewicz to become UNC’s 12th chancellor in December 2019. The articles below from the most recent five years of the Review are available online to GAA members only, as a benefit of membership in the association; earlier issues are open to anyone. The complete list of UNC chief executive officers also is available online. 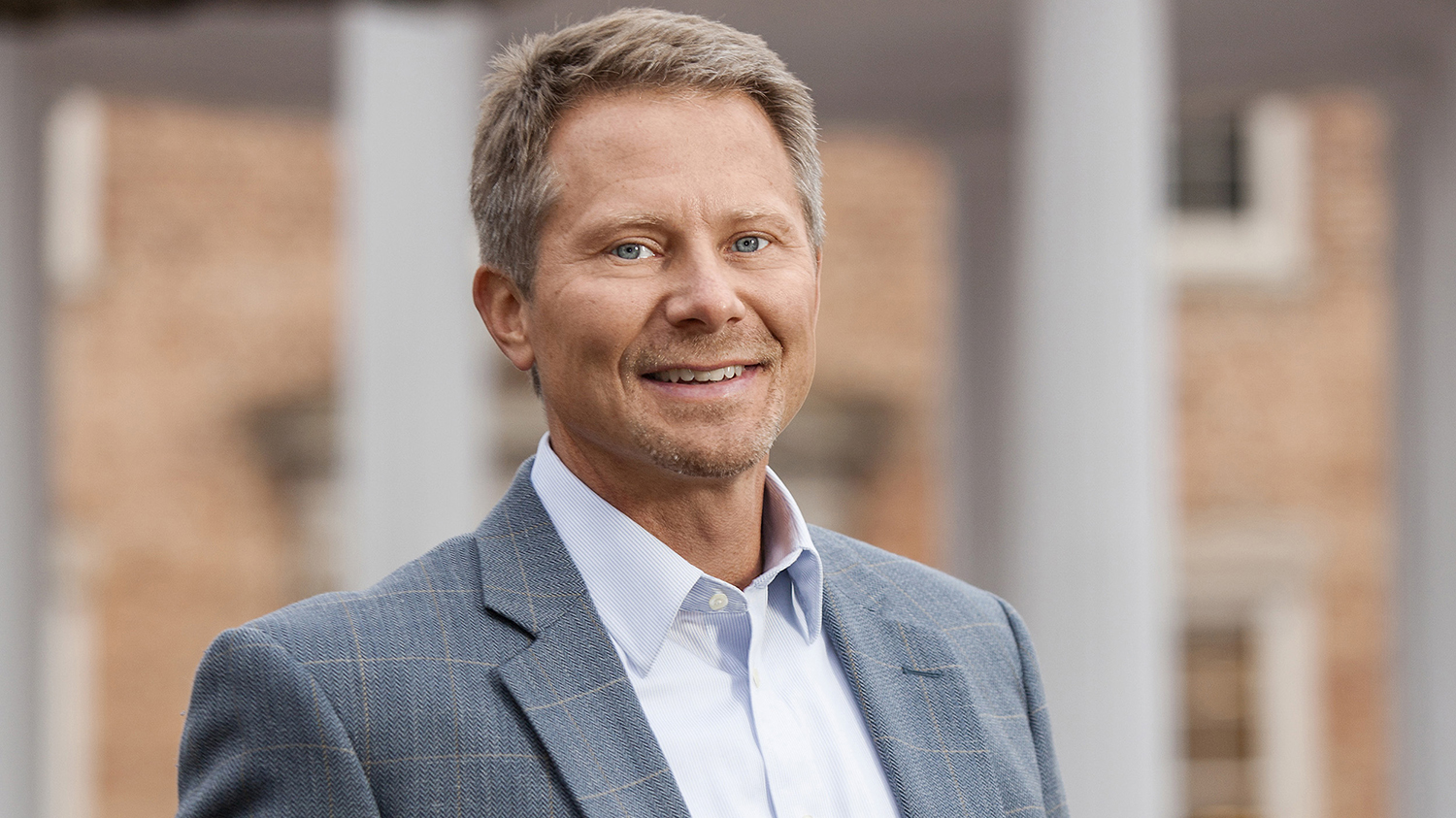 “My vision for Carolina is that we will move forward into the future with boldness and confidence because our work is vital for the people of our state, the nation and the world. There is no institution in the world that is more capable of changing the future than our nation’s first public university.” – Chancellor Kevin M. Guskiewicz 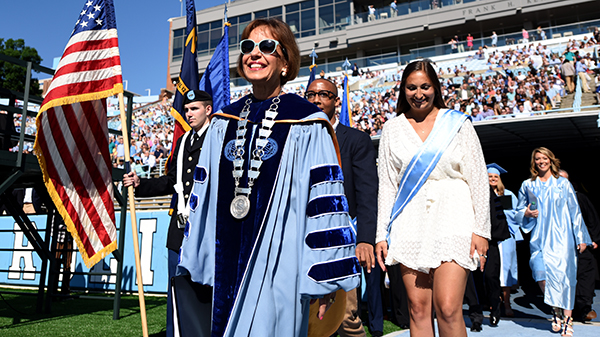 “I know how much public education can change lives…we have students coming in at a formative time, and it’s not just about the classroom. It’s about the community they’re learning to build, in a safe and protective place, surrounded by people dedicated to helping them learn how to become true citizens of the world.” – Chancellor Carol L. Folt 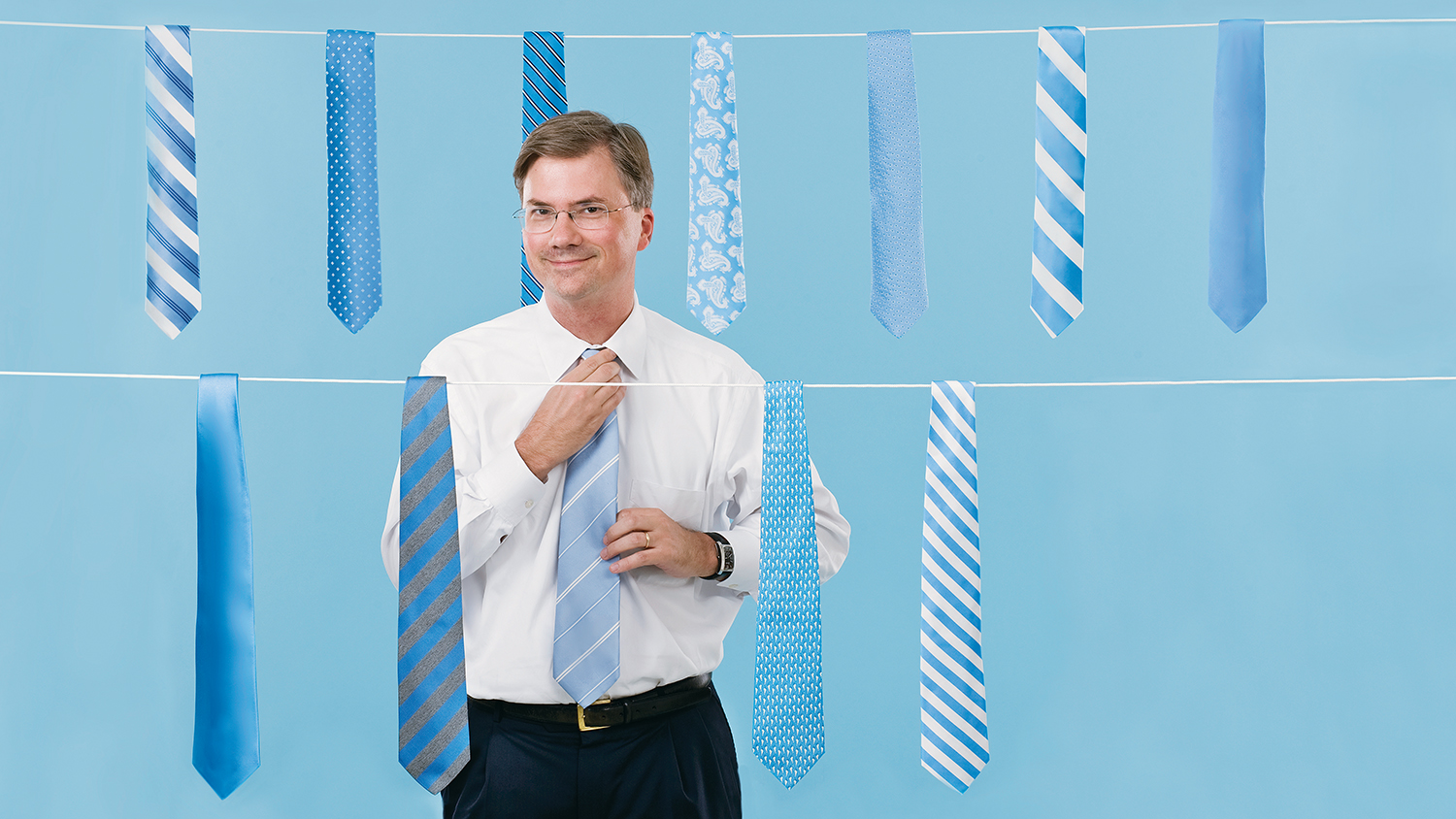 “[Thorp’s] incredibly quick in every aspect of everything he does. It’s kinda scary. Religion, literature, the stock market – I don’t care what it is, it’s encyclopedic knowledge, and surprisingly in-depth. The term for that is Renaissance man – but it’s renaissance that goes in some odd directions.” – Steve Allred ’74, former executive associate provost 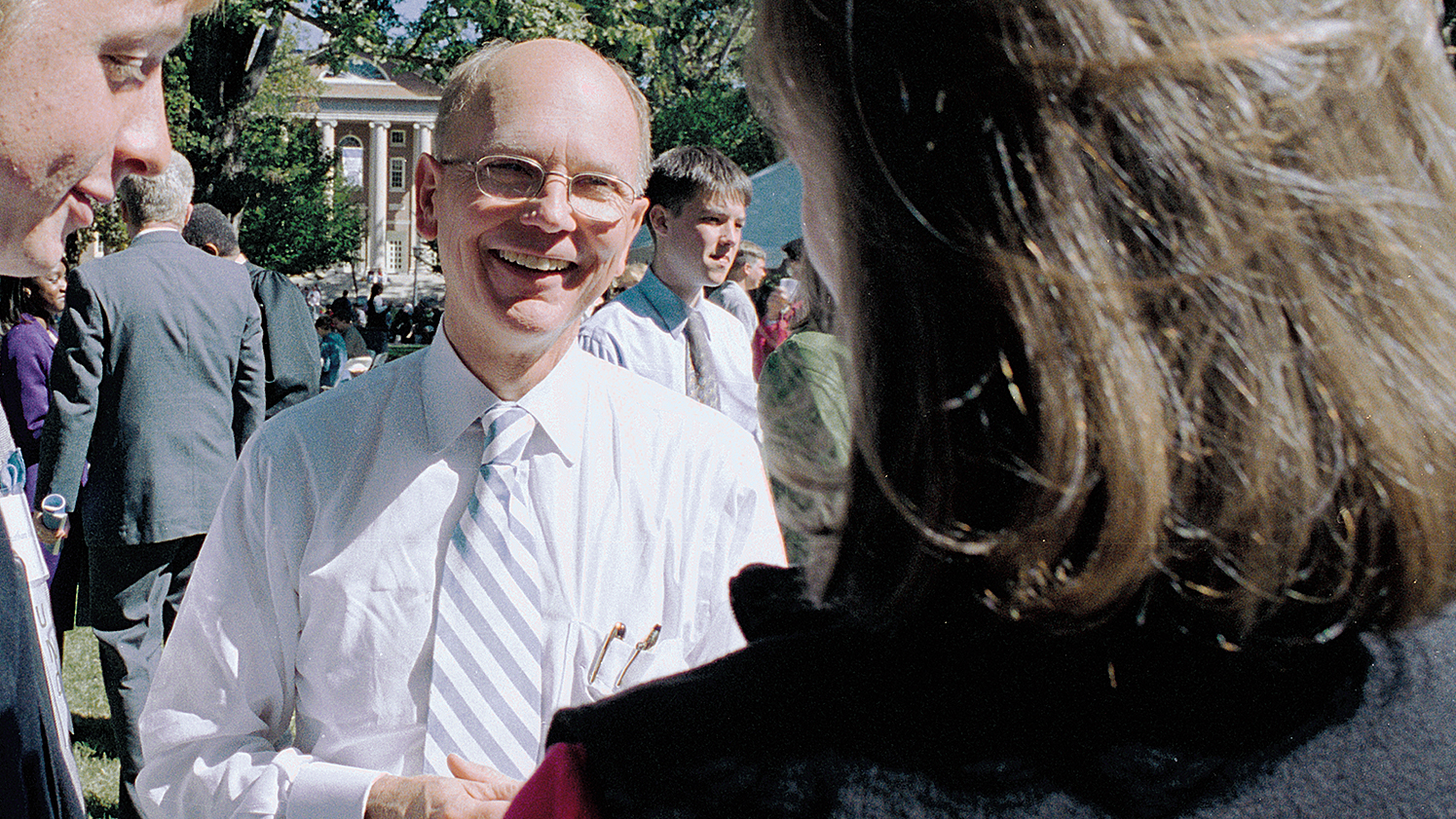 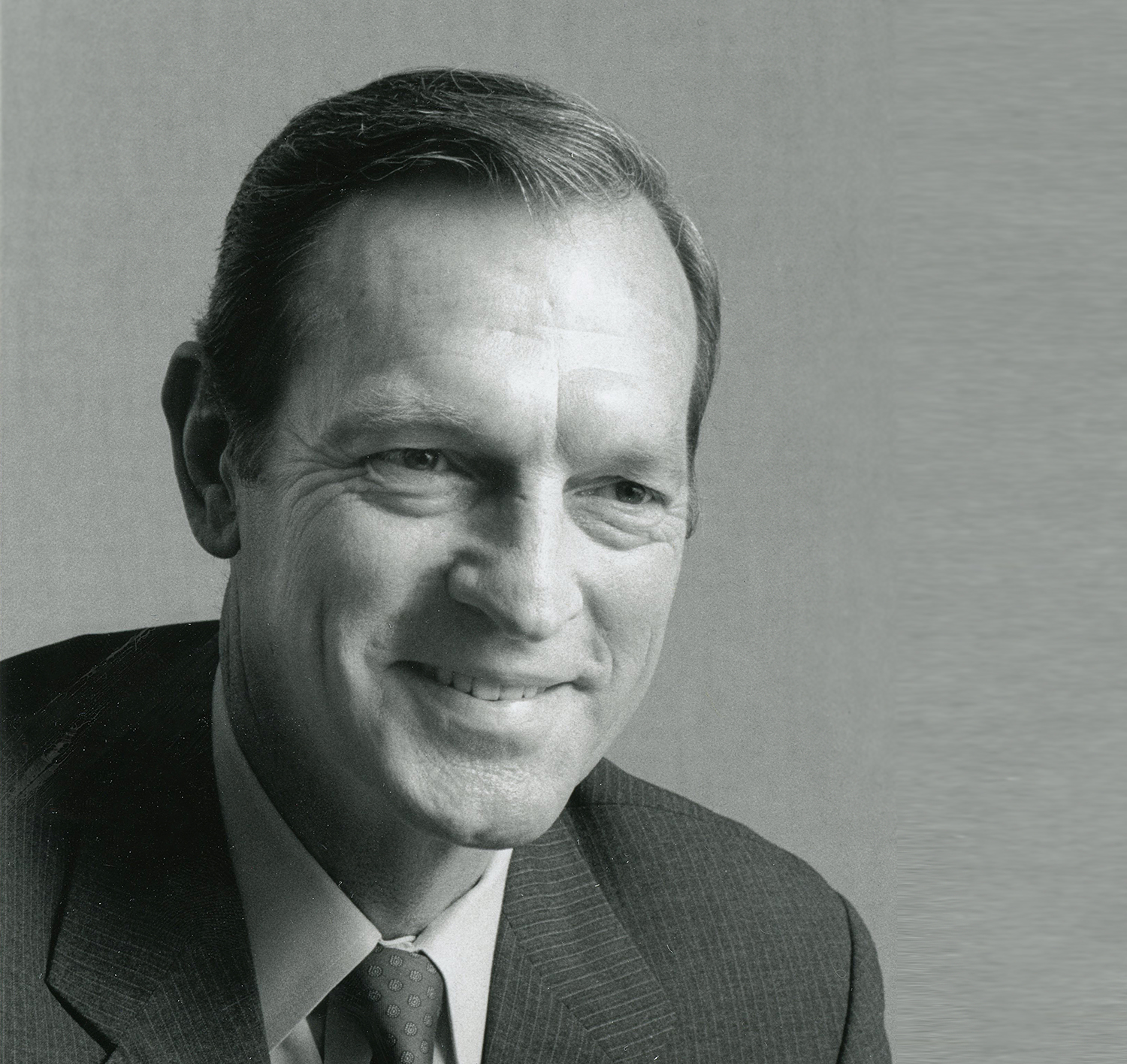 William O. McCoy ’55, the retired vice president for finance for the UNC System, was Carolina’s acting chancellor for six weeks in 1999 while the late Michael Hooker ’69 was ill. Shortly after Hooker’s death, McCoy was named interim chancellor and led Carolina into the 21st century during the search for Hooker’s permanent successor. 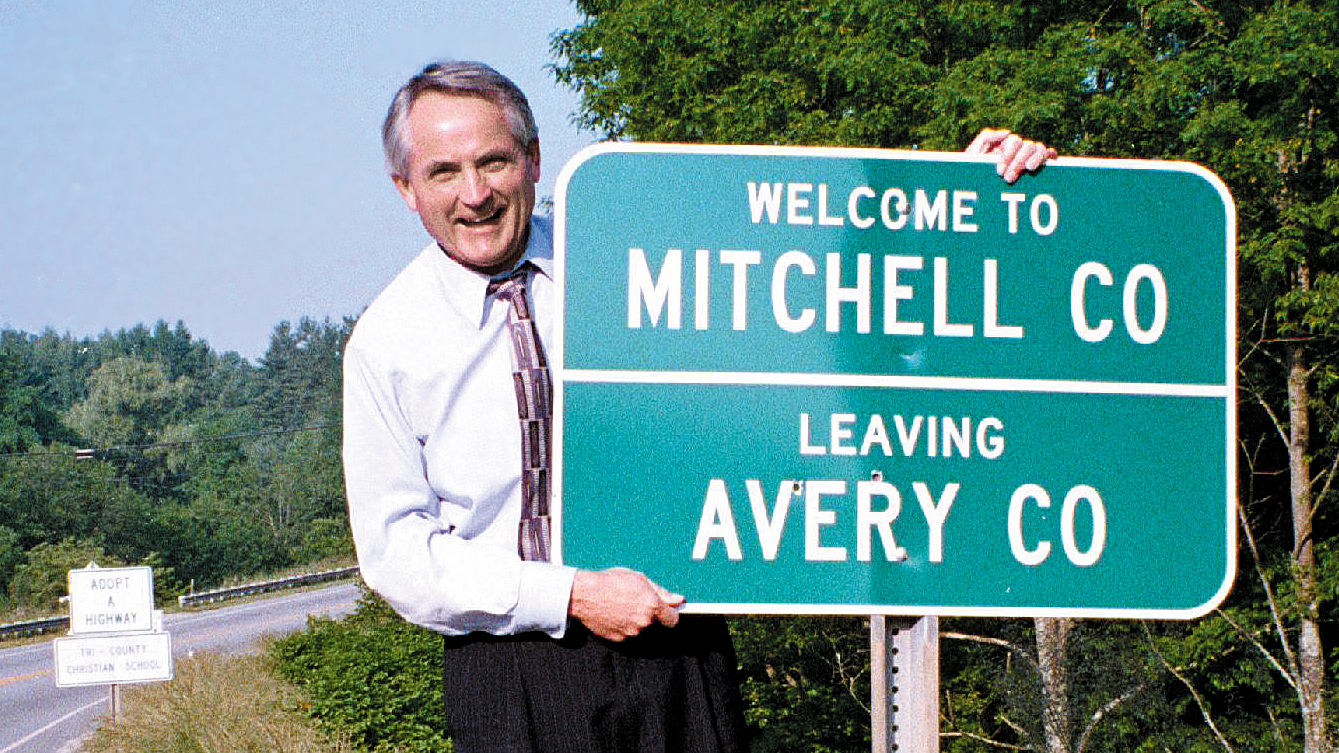 “I have always held a vision of finishing my career in Chapel Hill. The University may get tired of me as its chancellor before I get tired of being chancellor.” – Chancellor Michael Hooker ’69 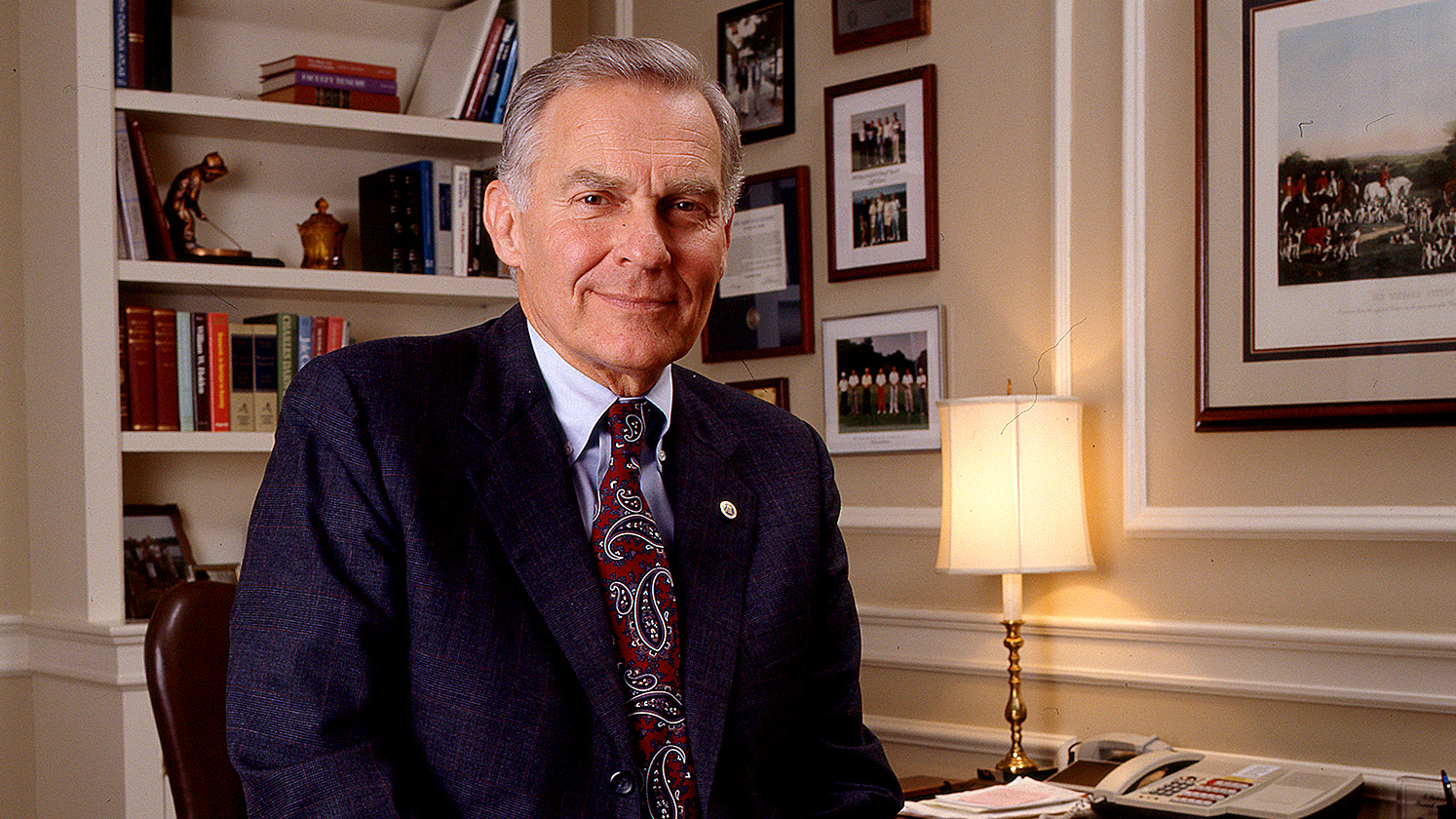 “Awarding an honorary degree to a sitting president, in Kenan Stadium, with 52,000 people in that stadium and not a football in sight. That has to be a golden moment for me personally.” – Chancellor Paul Hardin on honoring Bill Clinton in 1993. 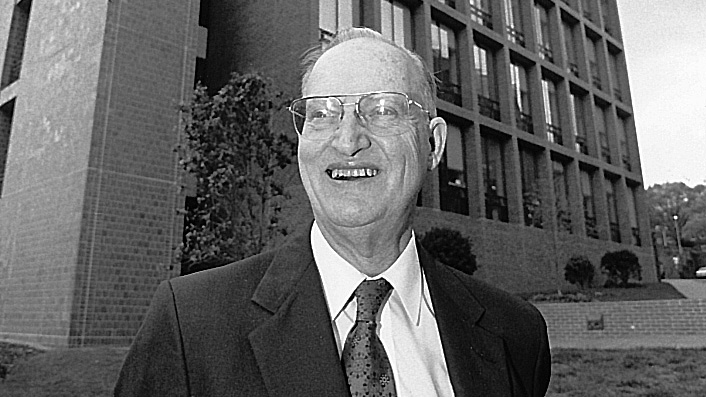 “Fordham has presided over UNC with integrity and courage, while denying no one the rights and freedoms that they deserve. Even in times of controversy, he has always calmed the waters with his fair decisions.” – The Daily Tar Heel on Christopher Fordham ’47 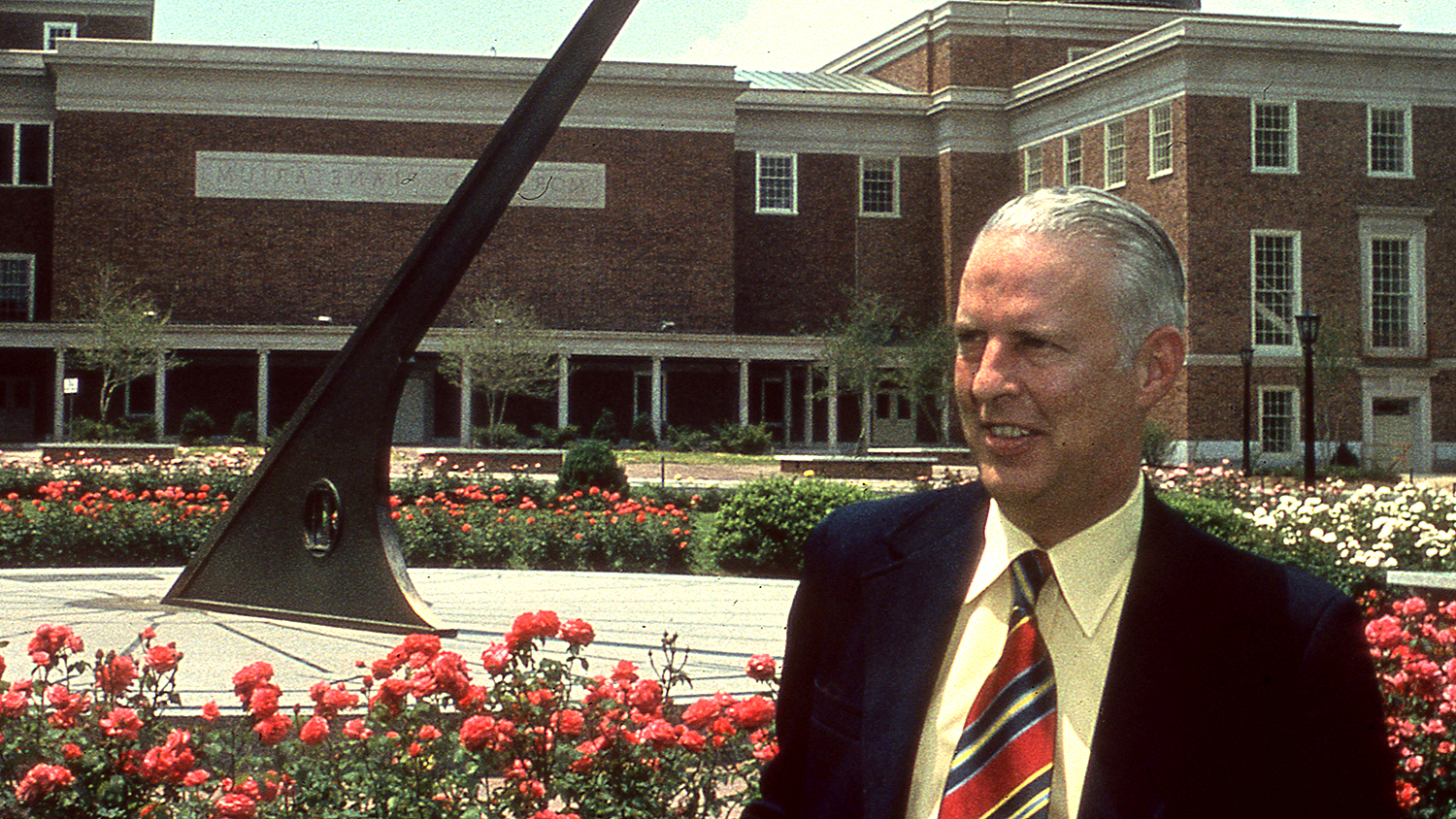 “It seemed to me that it was a matter of fundamental importance that we attempt to strengthen the bond between the people of North Carolina and their University at Chapel Hill. The bond had always been there, but it seemed to me that it needed and deserved renewed attention.” – Chancellor N. Ferebee Taylor ’42 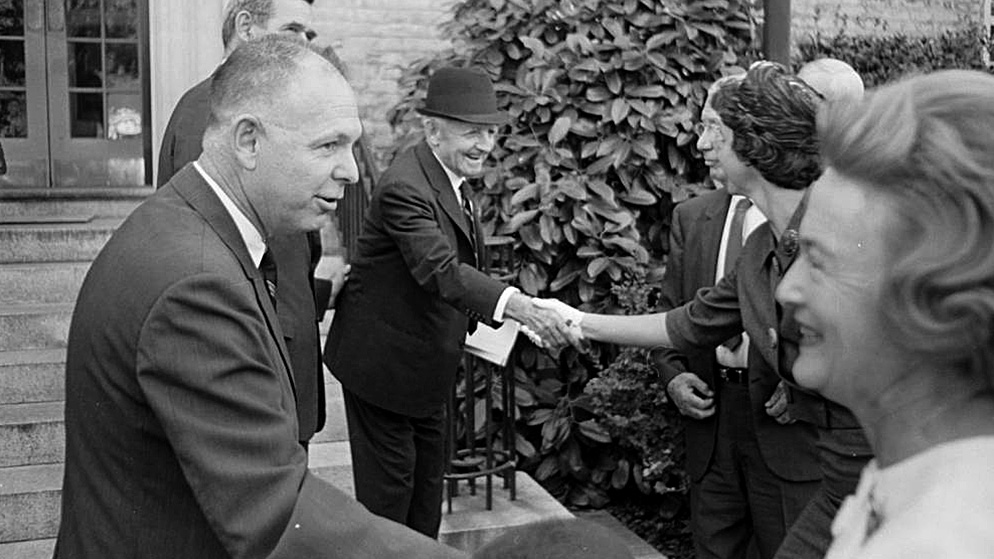 “He effectively defused situations that could have literally blown this campus apart. Probably no chancellor faced as many potentially paralyzing situations…thankfully for all of us, he prevailed.” – University trustees on J. Carlyle Sitterson ’31 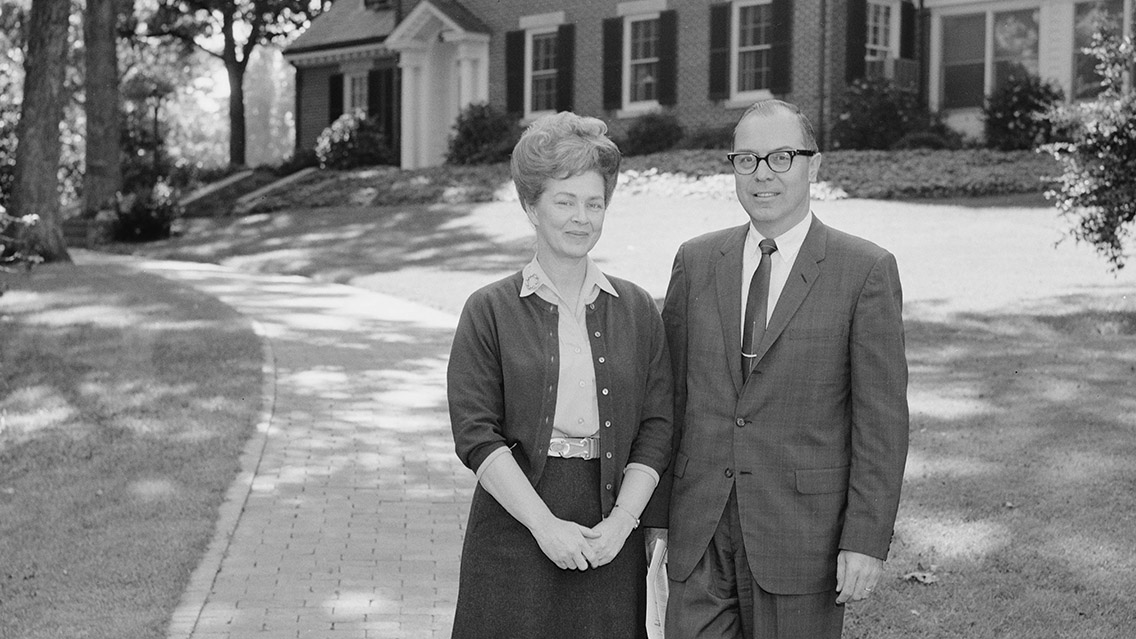 Paul Sharp was once described by an interviewer as “a fellow who can yell with the best of them at a football game and get as excited as a freshman. He has a wide grin and a twinkle in his eye.” 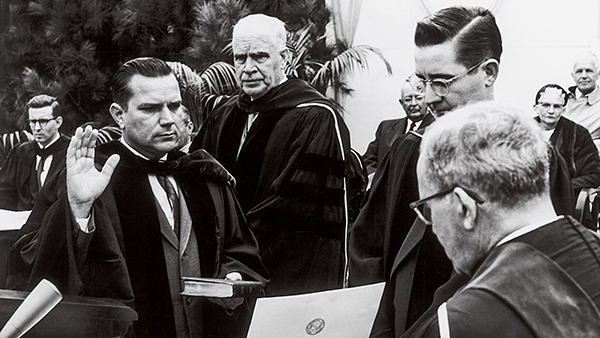 “The University had to have a leader who could engineer the decisive changes about to take place, to do it with a sense of grace, to do it with a sense of respect…entering the post-World War era of internationalism, a new day in race relations, a new day in the role the University plays in the life of a state.” – UNC System President William Friday ’48 (LLB) on the hiring of William B. Aycock

READ MORE ABOUT WILLIAM B. AYCOCK 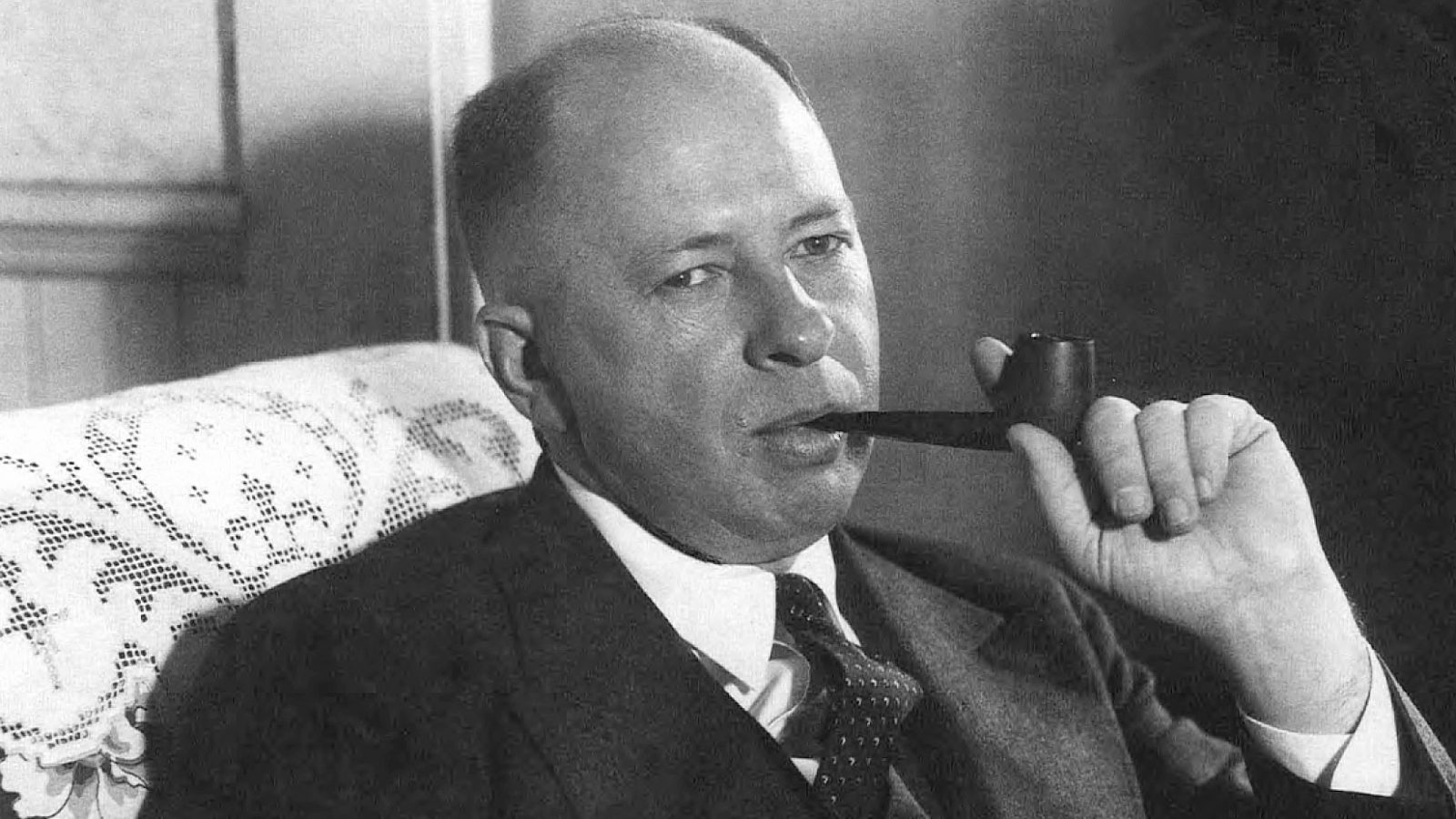 “I have experienced an immense exhilaration of spirit every day since I first saw Chapel Hill … walked on the gravel of the campus paths, got grit in my shoe and got Chapel Hill in my soul.” – Chancellor Robert B. House

READ MORE ABOUT ROBERT B. HOUSE