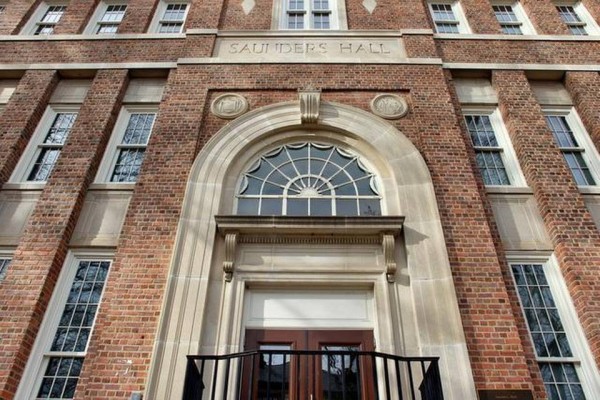 Saunders Hall is named for William Saunders (class of 1854) , a man acknowledged as a leader of his time — a Civil War colonel, longtime UNC trustee and a North Carolina historian of the highest order — and also acknowledged as the one-time leader of the Ku Klux Klan in the state. (Photo by Travis Long / The News & Observer)

William L. Saunders’ name is coming off the building on Polk Place where it has been in place for nearly a century. Replacing it will be a name that UNC’s trustees hope will be a unifying one: Carolina Hall.