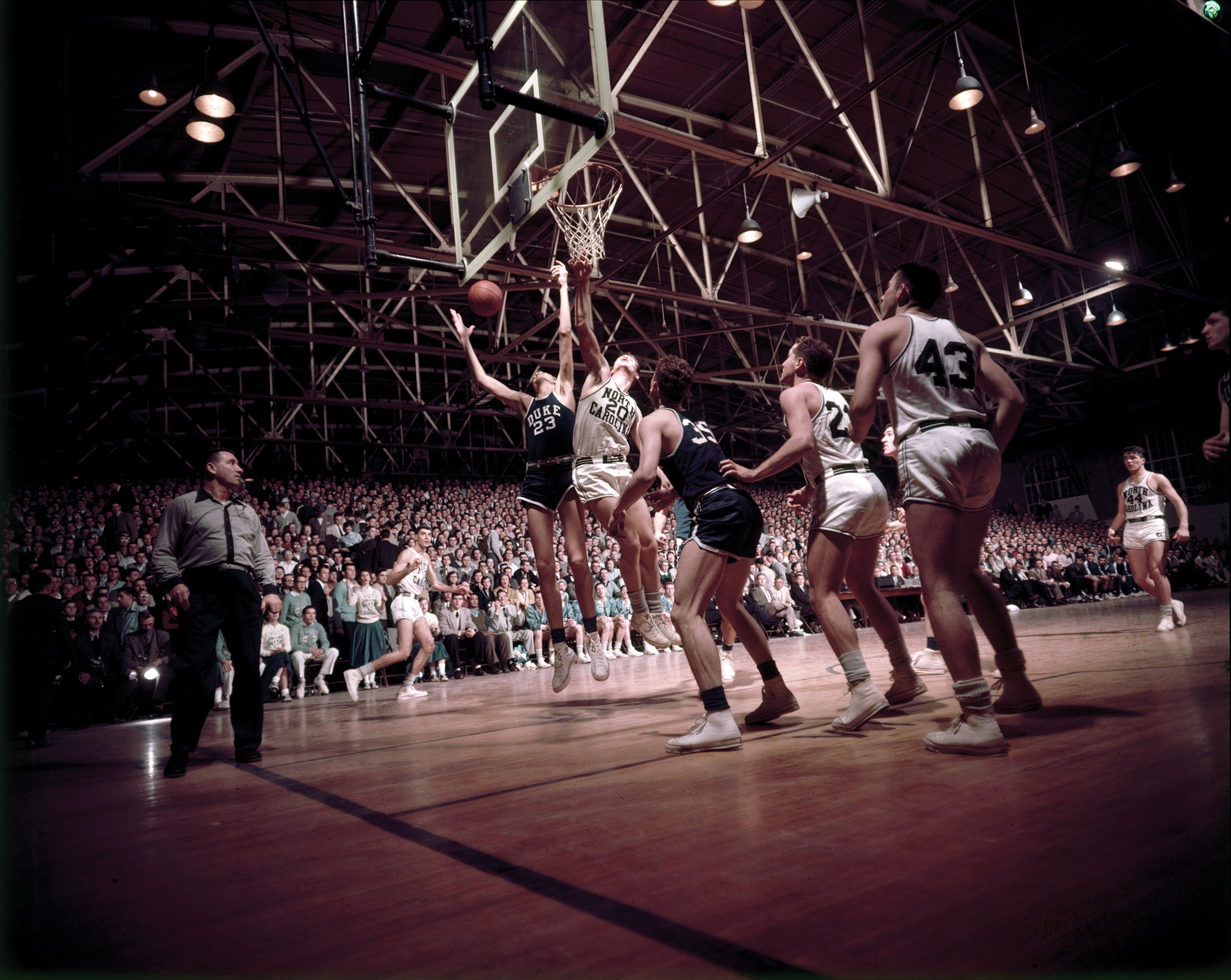 Ron Smith ’79 was deep in another microfilm session when he found an intriguing January 1955 news brief in The Daily Tar Heel. Life magazine was staffing UNC’s February home game against Duke and taking full-color photographs for a spread on college basketball in the South.

But the images never saw the page. With 200-plus color photos to choose from, Life editors cut photographer Ralph Morse’s UNC-Duke shots in favor of pics from George Washington, Kentucky, Maryland and N.C. State. The issue was published on Feb. 28, and Chapel Hill subscribers were understandably miffed.

Smith wasn’t deterred. The longtime author, pastor and UNC fan took a picture of the clipping, marked down the game’s Feb. 4, 1955, date and emailed the details to a Life rep in 2012, acknowledging, “I know this is a shot in the dark … .”

History was on his side. Smith’s contact searched the magazine archives and found 10 unpublished photos: a treasure trove of shots by the late Morse that brought sophomore forward Lennie Rosenbluth ’57 and a standing-room-only Woollen Gym crowd of well-dressed UNC students to life. 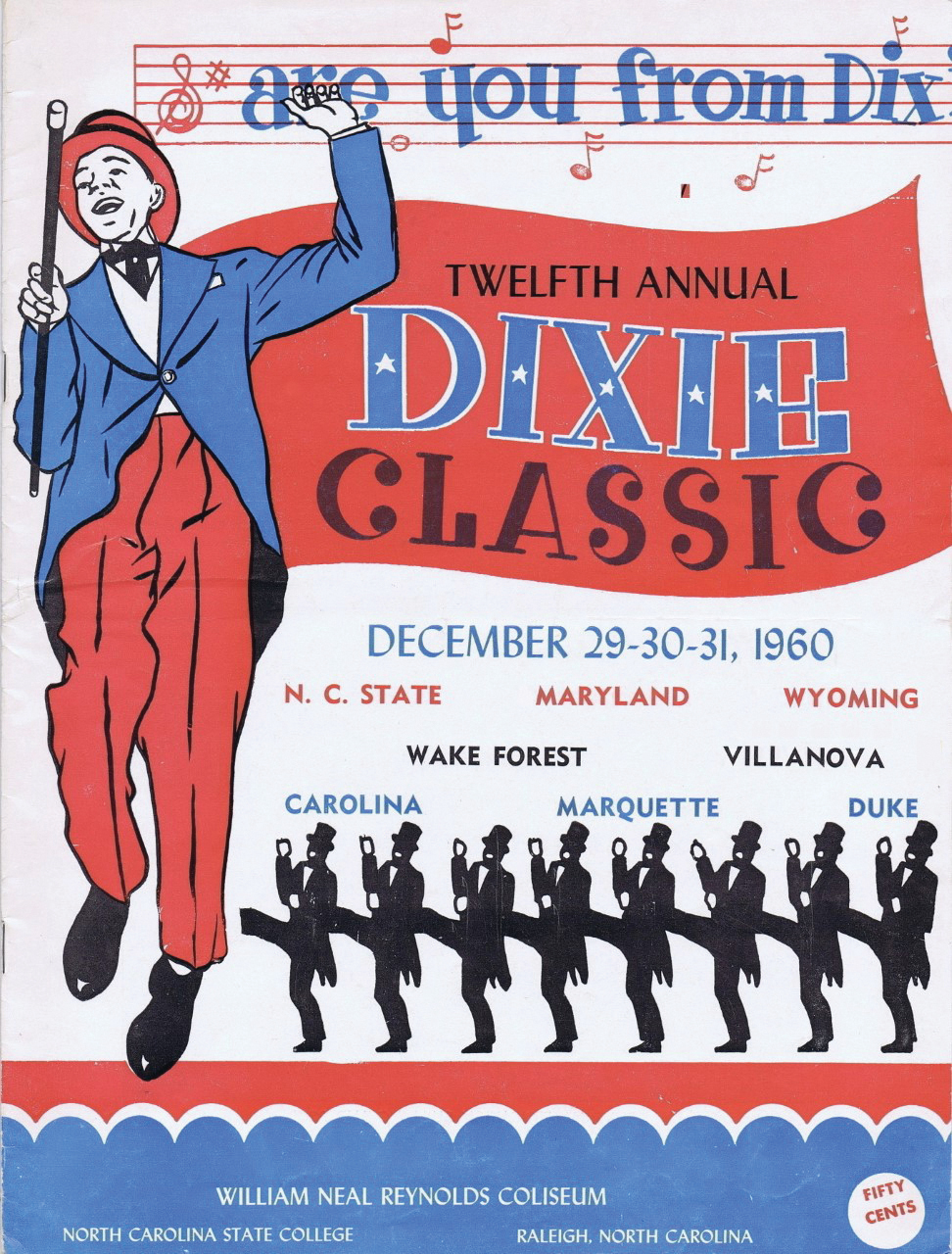 The book also includes images of such fan keepsakes as a promotional for the 1960 Dixie Classic. (Courtesy of Ron Smith ’79)

One of those never-before-seen action photos — Bob Young ’57 battling for a rebound with Duke’s Marty Doherty while Rosenbluth looks on — graces the inside cover of Smith’s newly released The Tar Heels: A History of UNC Basketball Volume One. The 474-page coffee table tome covers the first 70 years of UNC basketball with meticulously researched depth and breadth and full-page glossies. “It’s the Mona Lisa of Tar Heel basketball books,” the now-88-year-old Rosenbluth said.

The first of three planned volumes went on sale in July and marked a project decades in the making for Smith, who’s been hooked on UNC basketball ever since he snagged an autograph from coach Dean Smith as a star-struck 10-year-old at the 1966 North-South Doubleheader in the old Charlotte Coliseum.

His UNC fandom and “ridiculous memory” followed him to Chapel Hill for college in the late 1970s and throughout a lengthy career in ministry, including as pastor for Presbyterian churches in Lexington and Charlotte.

“Being the Carolina fan that he is, Ron came to my church and we got lunch, and it didn’t take me long to realize he knew more about the games I’d played in than I did myself,” said David Chadwick ’71, a former Tar Heel forward and Charlotte preacher, laughing. “The guy was an encyclopedia.”

Smith began book research in 2005, his interest piqued after browsing a Barnes & Noble and stumbling across a similar Rolling Stones pictorial history book written by the band’s bassist, Bill Wyman. 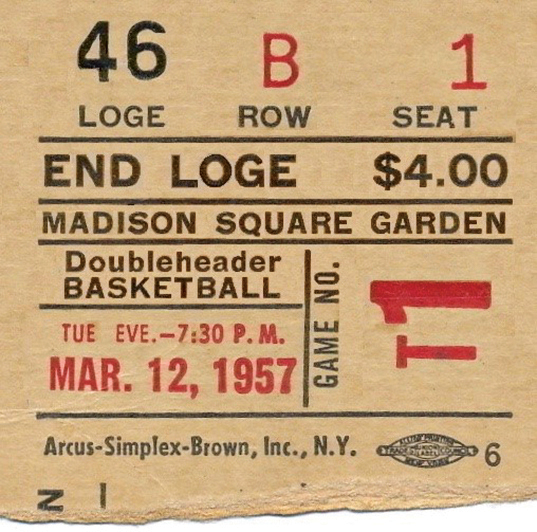 Smith started with Jan. 27, 1911 — when UNC played its first intercollegiate basketball game, beating Virginia Christian College 42-21 in Bynum Gym — and didn’t slow down. Hours became days; days became months; months became years. Newspapers.com was a savior, as were the archives of The Daily Tar Heel, the Yackety Yack and countless university library archives (none more than UNC and Duke).

Photos and stats were the foundation, but Smith also filled out each season with minutiae: a hometown for each Tar Heel letterman; comprehensive photo captions identifying everyone pictured; ticket stubs and promotional flyers for games; historical context and quotes to move along each season’s storyline.

Smith even discovered a Dec. 13, 1919, game between UNC and the Leaksville YMCA listed in three local newspapers but not in UNC’s record book. He reached out to the basketball program with his findings, and last summer the NCAA approved the addition of UNC’s 35-22 home victory to its all-time wins list.

“So my friends like to say I won one game for the Tar Heels,” Smith said. 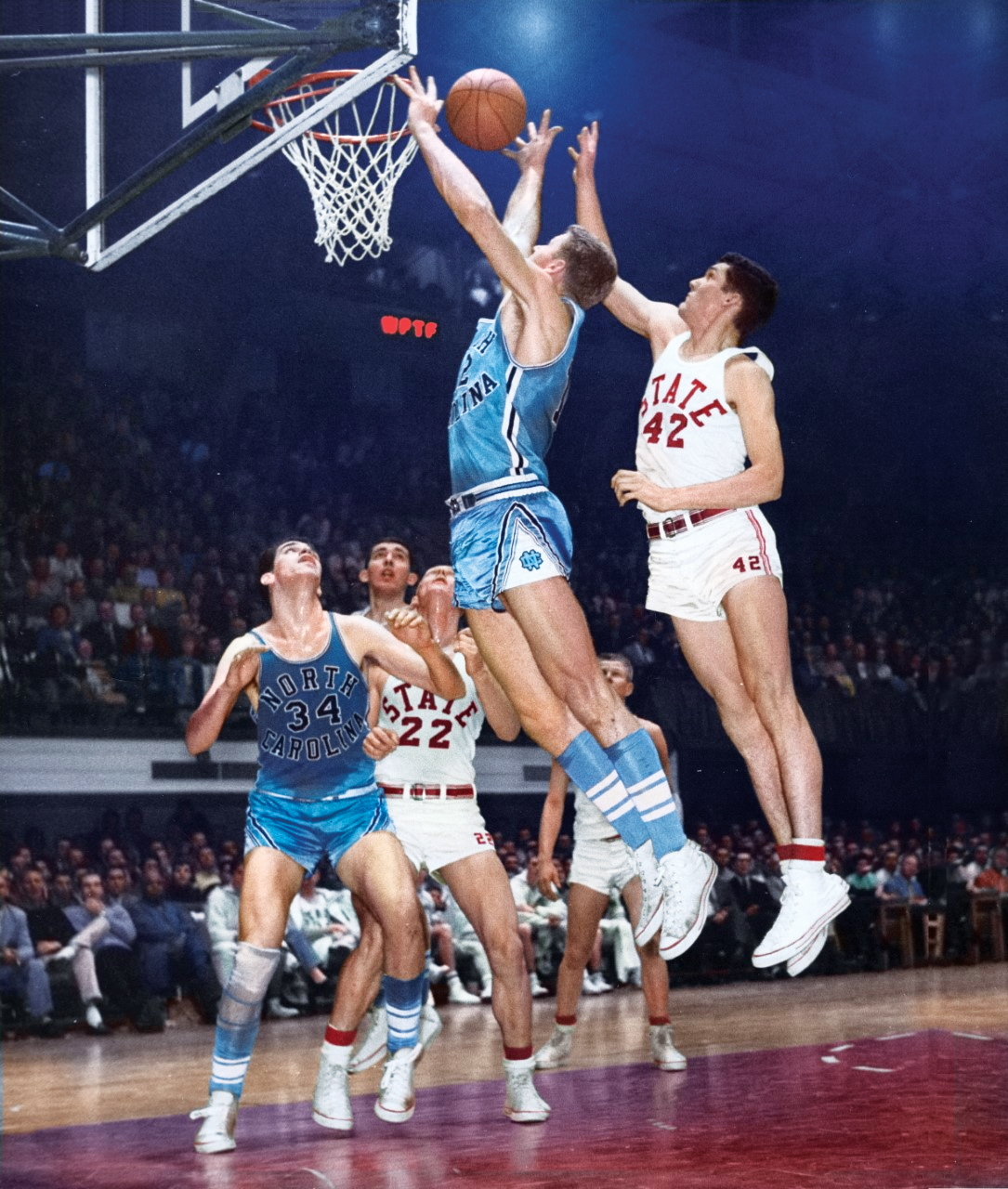 UNC’s undefeated 1957 NCAA championship team gets its due, with 30-plus pages outlining how head coach and New York recruiter extraordinaire Frank McGuire, star forward Rosenbluth and company forged and capped off a 32-0 season with a triple-overtime win over Wilt Chamberlain and Kansas.

There’s also many a Goodfellows Bar trivia answer sprinkled across the book: UNC’s first All-American (Carmichael in 1923), McGuire’s first recruit (Jerry Vayda ’56 in 1952) and UNC’s sole coach to never lose a game (Norman Shepard ’23, who went 26-0 in 1924 and promptly left to work for a tobacco company).

From his Holly Springs home, Smith is already chipping away at Volume Two, which covers Dean Smith’s UNC tenure and has a tentative release date of Christmas 2022, and planning for Volume Three, which will take readers through the post-Smith years, recently retired Roy Williams ’72 and new head coach Hubert Davis ’92.

Count Chadwick, Smith’s longtime friend, among those sold on the premise. When his copy came in July, he was hooked — not just because he’d have to wait until Volume Two to read about himself, he joked, but because he was learning new things about his alma mater in every chapter.

“I don’t care what book is out there, including my own,” Chadwick said. “There’s nothing out there like this one. Pictorially, and with all the depth and insights it gives, it’s unique. It’s definitely a book to have on your bookshelf if you’re a Carolina grad — well, maybe one to have on your coffee table. It’s heavy.”