The Ida B. Wells Society for Investigative Journalism, which works to increase and retain reporters... 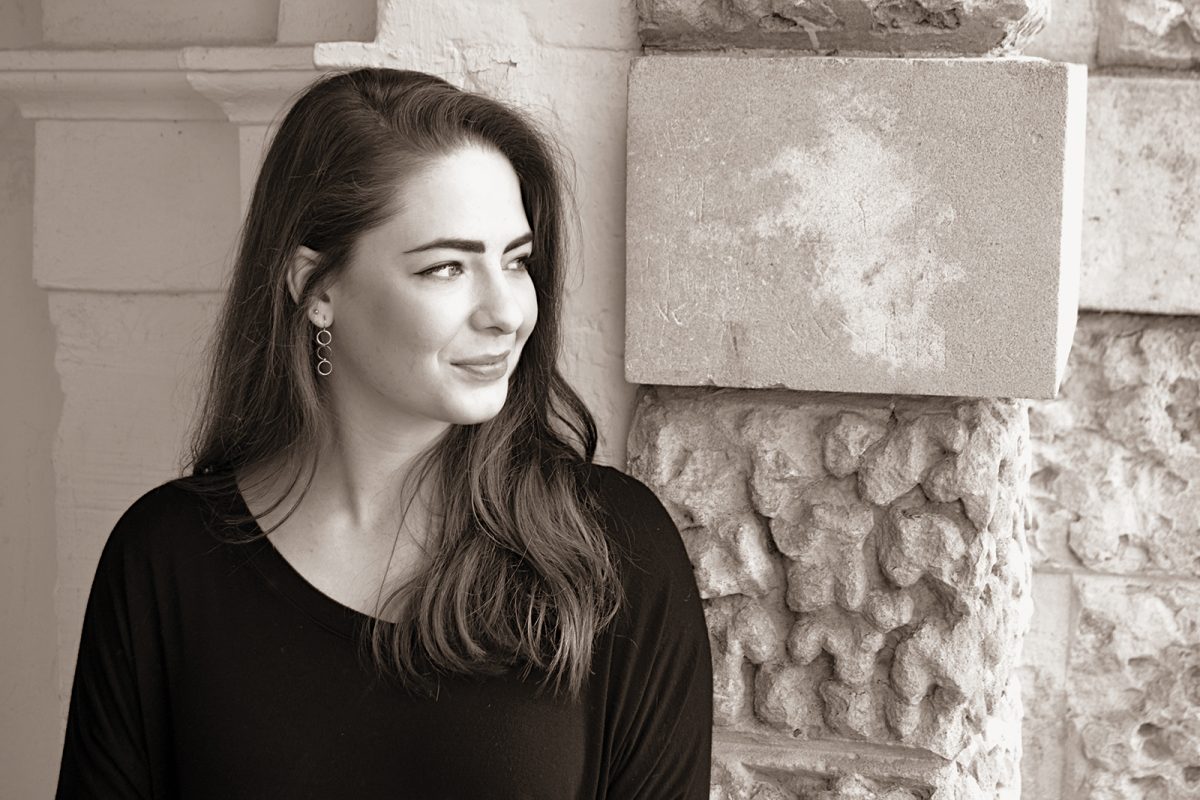 To study Shakespeare, perchance to act in some plays, was all Melanie Rio ’14 really expected of the two years she spent at King’s College and the Globe Theatre in London working on her master’s degree about the Bard.

But like a fortuitous twist in one of his plays, Rio also got the sleepover of a lifetime.

To mark the 400th anniversary of Shakespeare’s death, in April 2016 Airbnb offered the first overnight stay in Denmark’s Kronborg Castle — the model for Elsinore in Hamlet — in more than a century as the prize for the best-written reason why someone should receive the privilege.

When Rio saw that entries in Shakespeare’s signature iambic pentameter were welcome, she figured she might as well have fun with it. “Three weeks later, they called to say I won,” she says, acknowledging UNC drama professors Ray Dooley and Jeff Cornell ’98 (MFA) for instilling in her an enduring respect for Shakespeare’s genius. “It was completely bizarre and wonderful. It still seems unreal.”

Rio says she just tossed off her submission, but Bland Simpson ’70 — Kenan Distinguished Professor of English and creative writing at UNC — doesn’t buy it. There was no risk that — as suggested in The Tempest, “lest too light winning might make the prize light” — his former student would take the task lightly.

“My first thought was, ‘Well, of course she won,’ ” says Simpson, who sat on the committee that examined the dramatic art and English major’s dual thesis, a conflation of Shakespeare’s three Henry plays into a two-act drama and scholarly commentary. “Mel has all the talent and drive, not to mention energy and wit, to pull this off.”

That combination of skill and hard work landed Rio another stroke of Shakespearean-level good fortune: In April, Flat Iron Books (a division of MacMillan) published her debut novel, If We Were Villains.

The tantalizing first pages of the suspenseful thriller, published under the pen name M.L. Rio, were conceived in her senior year as a playwriting exercise in Simpson’s classroom.

In addition to studying Shakespeare, the Morehead-Cain Scholar acted in A Midsummer Night’s Dream and The Taming of the Shrew at PlayMakers Repertory Company, where she also directed Rumors. Themes from several of Shakespeare’s darker works inform the intrigue of If We Were Villains, a title that evokes a soliloquy from King Lear on whether villainy is a product of character or forces beyond a person’s control. The story unfolds with the imminent release of a man, jailed 10 years for the murder of a peer in his college drama group. But did he do the deed? That is the question.

After starting the novel at UNC, Rio attended the Iowa Summer Writers’ Workshop and the Denver Publishing Institute, crafting a meticulous outline. She spent a year working in a Triangle bookstore and writing draft after draft of the story she hoped might one day be sold there. In April at Chapel Hill’s Flyleaf Books, she autographed copies and discussed the book with Daniel Wallace ’08, director of UNC’s creative writing program.

Early buzz for If We Were Villains was positive, including a starred notice in the influential Kirkus Reviews. Another book reviewer compared her writing favorably to Donna Tartt, who made a splash as a young novelist in the 1990s with the literary mystery The Secret History — also about a death among a close-knit group of college students. In 2014, Tartt won the Pulitzer Prize for fiction with the intricate mystery-thriller The Goldfinch. (Rio’s literary agent doesn’t mind that comparison; but wary of what’s in a name, she recommended that her client adopt the nom de plume M.L. Rio to avoid any confusion with a Colombian porn star with a similar moniker.)

Rio recently completed a second book, a Southern Gothic take on the Greek tragedy of Euripides, and started a third, about a cross-country road trip in the late 1970s. She’s still taking in the short, strange trip of her early literary success.

“I have to keep reminding myself this really is happening,” Rio says. “It’s kind of like winning the trip for Kronborg; it’s all so monumentally unlikely to have this happen so soon.”