Jill Moore ’85, a three-degreed Carolina alumna and associate professor of public law and government in the School of Government, will be the next secretary of the faculty. 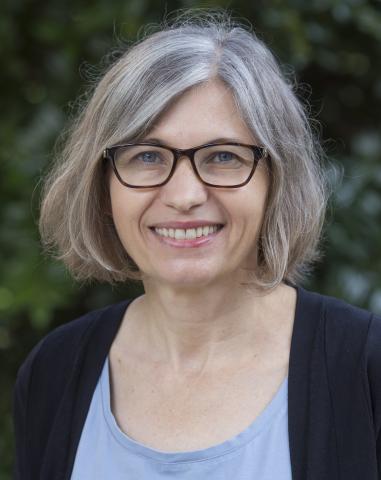 Moore will become the first woman to hold the position, which was established at the University’s founding. She was elected by the Faculty Council on April 16, and her term begins July 1. She will succeed Vin Steponaitis, the William E. Leuchtenburg Distinguished Professor of archaeology and anthropology, who is completing a five-year term.

Moore majored in public health as an undergraduate. She also earned her master’s in public health in 1988 and her law degree in 1996. The next year, she joined UNC’s faculty, where her work focuses on North Carolina public health law, especially legal issues surrounding communicable disease control, adolescent health, local health department organization and governance and medical privacy. She coordinates and teaches continuing education courses and conferences for the state’s public health officials and employees as well as other state and local government officials with an interest in applied public health law. She is the author of North Carolina Communicable Disease Law and a regular contributor to the School of Government’s Coates’ Canons: N.C. Local Government Law blog.

For more than 20 years, Moore’s work has included studying, interpreting and drafting codes and other materials pertaining to the work of governing bodies.

The secretary, who serves a five-year term and is eligible for re-election, conducts elections of the general faculty and the Faculty Council, conducts correspondence pertaining to actions and elections of the two faculty bodies and maintains files of all nominations and citations for honorary degrees and special awards.