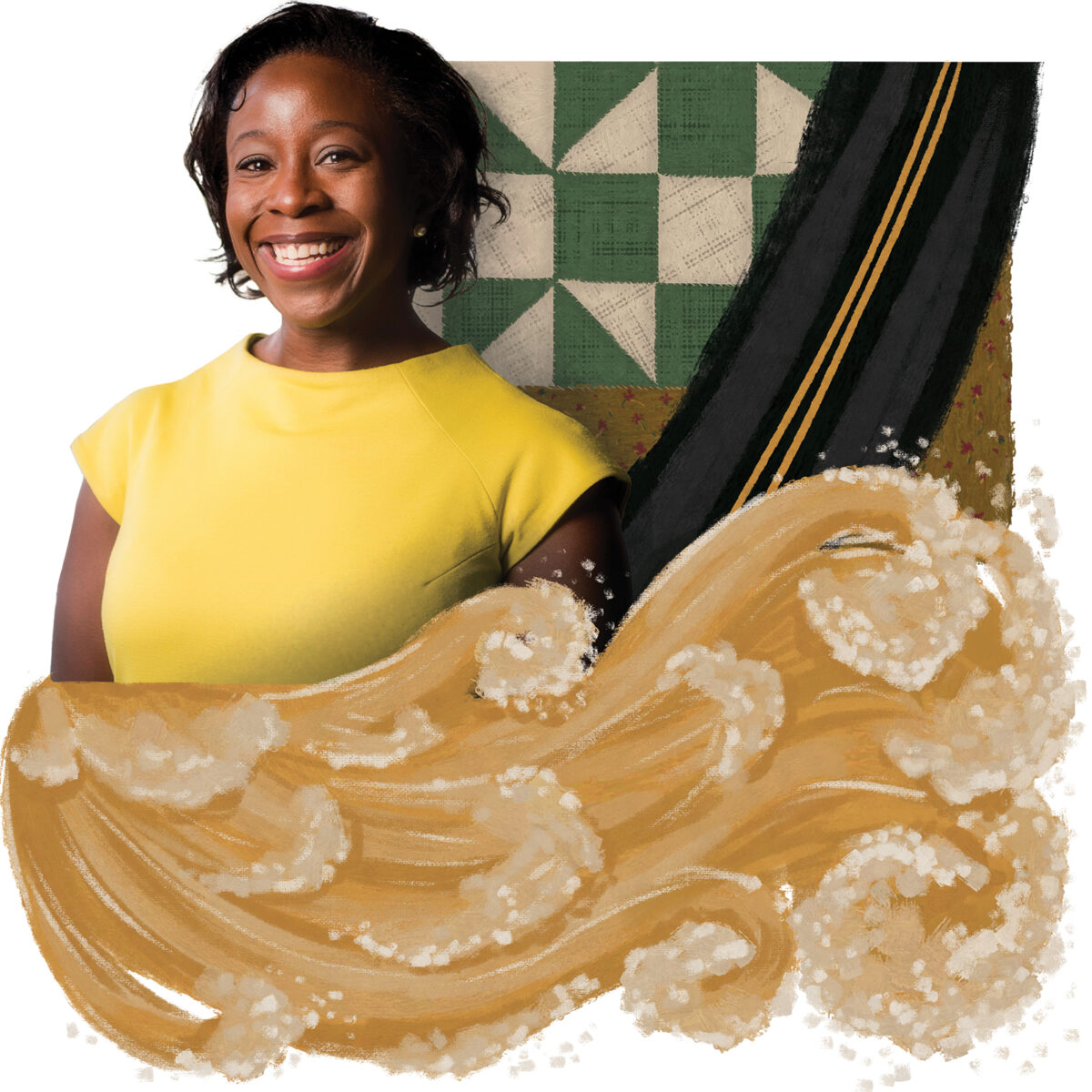 Atinuke Akintola Diver ’03 (JD ’06) holds a full-time job as executive director of Durham CAN (Congregations, Associations and Neighborhoods), a faith-based community nonprofit that works to improve the lives of Durham communities by developing and organizing local leadership. But for years, she has spent much of her free time on her not-so-secret passion and side hustle: documentary filmmaking.

Her first feature-length film, This Belongs to Us, was chosen as part of the Sundance 2021 virtual film festival, a seven-day screening for works-in-progress in different locations around the country.

“The chance to screen This Belongs to Us was both an immense honor and a tremendous responsibility,” Diver said. “I know how rare it is to see stories that center the experiences of Black women shown to a Sundance audience. That was particularly gratifying.”

The documentary explores the history of race in beer-making, a craft started largely by women in Africa and Asia. Diver and some historians say enslaved Africans brought their brewing tradition to America and honed their craft in the New World. The film explores the history and cultural traditions of brewing beer in the African diaspora. Diver also explains how the origins of beer and beer-making came to be so closely identified with Germany and virtually synonymous with white men. The project seemed tailor-made for the daughter of Nigerian immigrants.

Born in Boston and raised in Prince George’s County, Maryland, Diver initially struggled to adjust to life at UNC. “The biggest culture shock when I arrived in Chapel Hill was the demographic because I grew up in a majority minority county,” she said. “That was also the first time I realized that ‘Southern’ wasn’t a monolith but a spectrum with a wide range of experiences and backgrounds.”

Diver earned an undergraduate degree in English and creative writing and then attended law school, where she met her husband, Joshua ’07 (JD). In 2007, the couple moved to Boston and worked as lawyers until new career opportunities brought them back to the Triangle in 2015. Diver took a job as director of compliance in the Office of Research and Innovation at N.C. State and later as managing director of the Office of Ethics and Policy at UNC.

She was alarmed by events in North Carolina such as the 2016 passage of House Bill 2, which required people to use the restroom that corresponds with the gender on their birth certificate; the 2015 murder of three Muslim college students in Chapel Hill; and the UNC System Board of Governors’ 2017 decision that led to the shutdown of the UNC Center for Civil Rights. “It was a weird time because there were all these conversations about North Carolina’s identity and what and who the state was going to be,” she said.

Diver wanted to add her voice to the discussion. A longtime fan of independent films and documentaries, she enrolled in an introductory class at the Center for Documentary Studies at Duke. “I realized that the creative bit has always been a constant with me, even while I was in law [school],” she said. “I think that the best lawyers are those who are able to use storytelling and narrative in their work.”

In 2020, Diver’s documentary 98 premiered at the Carrboro Film Fest. The documentary is about N.C. 98, a 44-mile stretch of highway that runs through three counties, two cities and two towns in central and eastern North Carolina. In the 10-minute film, Diver uses the highway as a metaphor for the different neighborhoods, attitudes and traditions that make up the state’s complex tapestry. Her second film, Quilt Journeys, chronicles the Black women quilting circle anchored in Durham’s Hayti community.

At the 2019 Hayti Heritage Film Festival in Durham, Diver first realized beer culture is more diverse than she imagined. She sampled ales brewed by Black women such as Briana Brake, the founder of Spaceway Brewery in Rocky Mount. Soon after, Diver learned people of color — particularly Black women — have been essential to the craft since the beginning.

“I had no idea there was this whole world built around Black beer culture,” Diver said. “It’s another area where Black people have been erased and had our culture misappropriated by industries and people that don’t represent or support a more inclusive industry.”

Diver also learned that her family in Nigeria was steeped in the beer-making culture. “I felt like an anthropologist discovering so many different things.”

The pandemic delayed the production schedule for This Belongs to Us, but Diver continues to take things day-by-day. Financial help from the Southern Documentary Fund, a nonprofit that supports Southern documentary filmmakers, and a successful crowdfunding campaign in the spring have allowed her to keep production going.

Diver plans to release This Belongs to Us later this year and wants the documentary to be a celebration of Black women, push a more expansive history and culture of beer and ultimately increase Black representation within the beer industry. “Folks say things like, ‘We just need to teach Black people about beer.’ It’s like, ‘Nah, fam. We need to teach you about beer!”