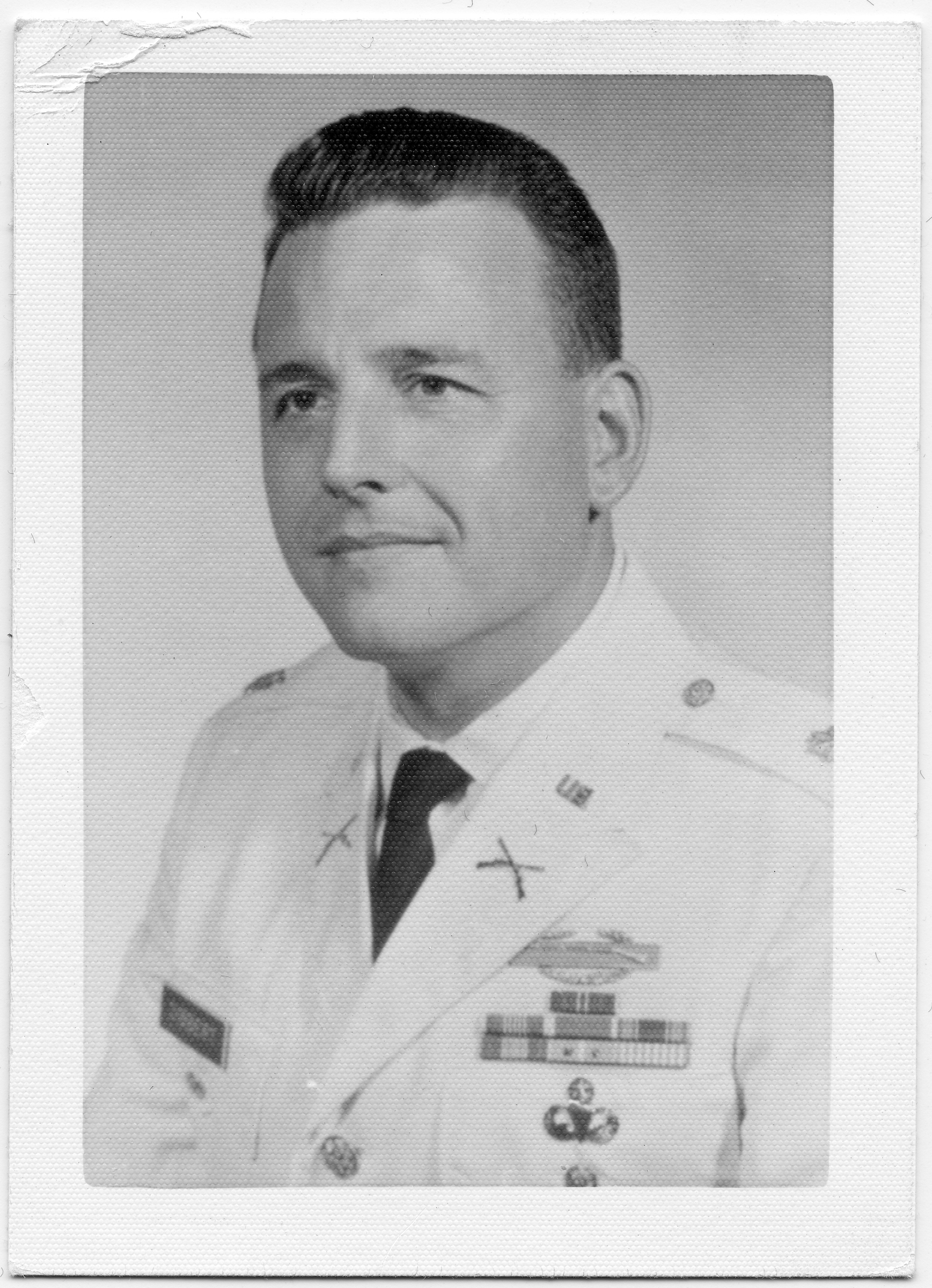 Lieutenant Colonel Bernard Wayne Dibbert, USA, was a beloved husband, devoted father and selfless patriot who gave the last full measure for this country and our freedoms. Born on March 23, 1927, in Mitchell, South Dakota, Colonel Dibbert graduated from Manistee High School in Michigan and attended college at the University of Washington on an Army ROTC scholarship. A business major, he found his calling in service to our nation advancing up the ranks of the Army. He served in the Army’s Infantry Branch – its oldest branch – in World War II, the Korean War and the War in Vietnam. As a Ranger in the Airborne, he was a Master Parachutist who made his 100th jump before he deployed to Vietnam. Colonel Dibbert was also a graduate of the Army’s Command and General Staff College.

Colonel Dibbert’s dedication to the Army’s mission and our nation is epitomized in the Infantryman’s Creed, which reads in part, “Never will I betray my country’s trust. Always I fight on…” On June 1, 1965, while serving with the Military Assistance Command, Vietnam, Advisory Team 21, Peiku Province, a motorized element of the Republic of Vietnam’s army, which he was advising, was ambushed by a numerically-superior enemy force. His convoy came under concentrated and sustained mortar and automatic weapons fire. Without regard for his personal safety, Colonel Dibbert took up a firing position and advanced towards a hostile machine gun that was preventing the movement of friendly forces. While under heavy fire in close contact with the enemy, Colonel Dibbert was mortally wounded.

For his courage and selfless actions, Colonel Dibbert was posthumously awarded the Silver Star, the Bronze Star (1st Oak Leaf Cluster) and the Combat Infantryman Badge (2nd Award). The citation noted his conspicuous gallantry that was in keeping with the highest traditions of the U.S. Army and reflected great credit upon himself and the military service. On October 26, 1965, the awards were presented to his wife, Mrs. Adelia E. Dibbert – and his five sons, Douglas (Carolina ’70), Bernard, Michael (Carolina ’74 and MAT ’76), Charles (Carolina ’77) and William (Carolina ’81 and MSW ’87) – following a ceremonial parade honoring the Colonel’s service at Fort Bragg, North Carolina. Colonel Dibbert is interred at the Arlington National Cemetery.