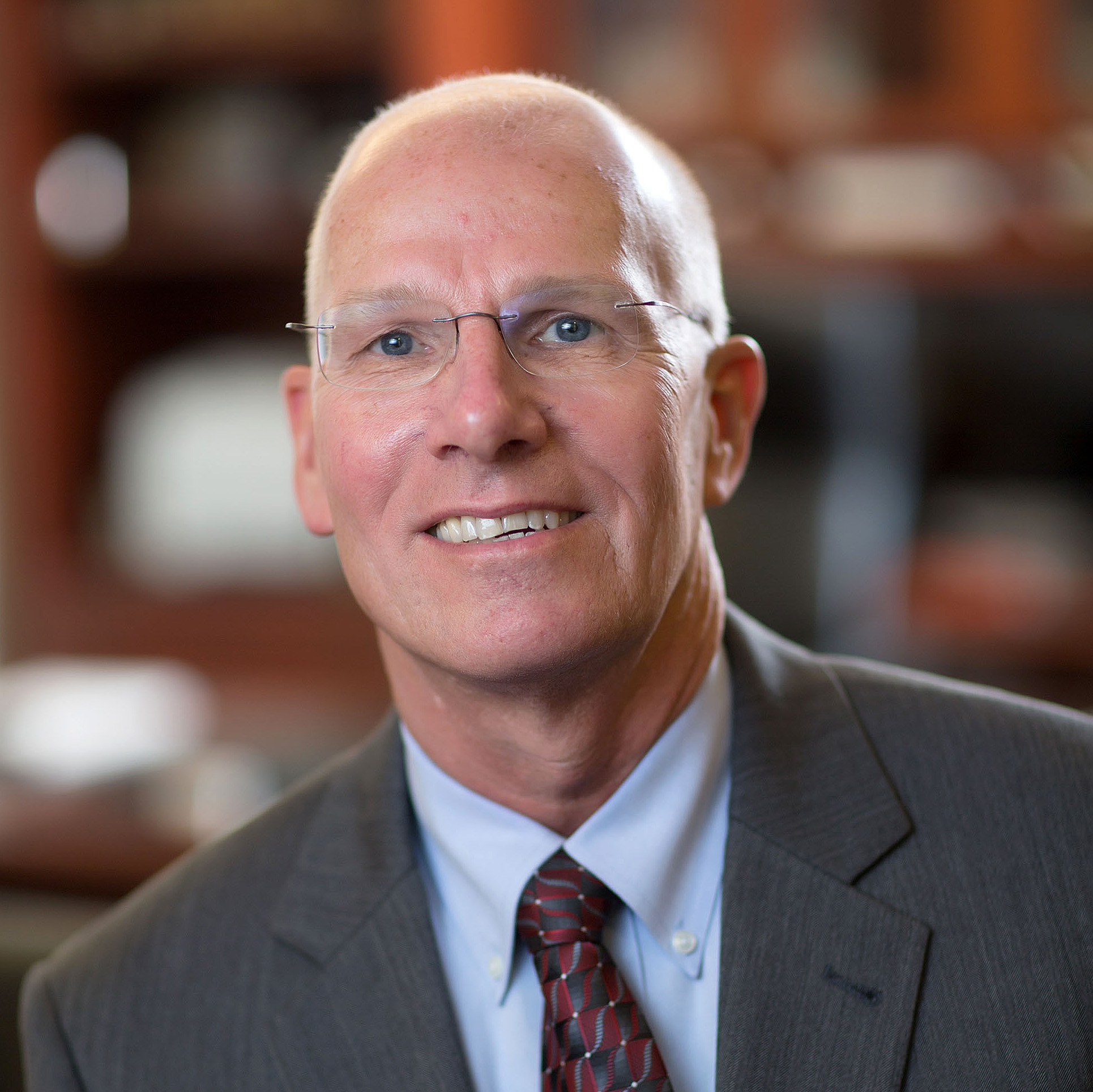 After stepping down later this year as provost and executive vice chancellor, Robert Blouin will return to UNC’s Eshelman School of Pharmacy, where he was dean from 2003 to 2017.

Robert Blouin, the former longtime dean of UNC’s Eshelman School of Pharmacy who was named Carolina’s provost and executive vice chancellor of the University in 2017, is stepping down from his position by the end of this calendar year.

Blouin plans to resume his work as the Vaughn and Nancy Bryson Distinguished Professor in the Eshelman School of Pharmacy.

The provost is the University’s highest-ranking academic officer.

Blouin became provost in September 2017. He had been dean of the UNC Eshelman School of Pharmacy from 2003 to 2017, during which time the school reached the No. 1 ranking nationally by U.S. News & World Report. Blouin oversaw an increase by the school’s faculty in growing the research portfolio from $2 million in 2002 to $36 million in 2016, ranking second among the nation’s pharmacy schools. He also received the GAA’s Faculty Service Award in 2016.

While he was dean of the Eshelman School of Pharmacy, Blouin also was director of the Eshelman Institute for Innovation, where he led efforts to accelerate change in education and health care.

Following is the full text of Guskiewicz’s message

“I write to share that Executive Vice Chancellor and Provost Robert A. Blouin will step down from his position by the end of this calendar year and resume his work as the Vaughn and Nancy Bryson Distinguished Professor in the Eshelman School of Pharmacy. A well-respected educator, innovator, researcher and administrator, Bob has been a source of unwavering support for the University, guiding some of our most important and challenging work.

“Bob was named Carolina’s 15th provost in August 2017. Every day, he has conducted his role with the utmost dignity and respect for his administrative colleagues, faculty associates, students and community partners. Bob goes the extra mile in everything he does and is routinely the first person in South Building and the last one to leave each day. I am grateful for his steadfast support and passion for Carolina’s mission to serve our state, nation and the world.

“Throughout his tenure as provost, Bob has balanced strategic planning with the need to be nimble and respond to emerging challenges. Partnering with me and several other campus leaders, he helped direct the development of Carolina’s strategic plan Carolina Next: Innovations for Public Good, which was endorsed by the Board of Trustees in January 2020, and initiated an implementation and assessment plan for each of the eight strategic initiatives. Since then, the plan has been revised to reflect the University’s response to the pandemic and great progress has been made in several key areas.

“Seeking to create a high-functioning administrative operation that supports the University’s key mission of teaching, learning and research, he oversaw the implementation of the Operational Excellence initiative in 2018. To date, Operational Excellence has launched nine projects to improve service levels across campus, involving hundreds of stakeholders in dozens of schools and departments.

“In 2019, Bob created the digital and lifelong learning unit, a fortuitous move that proved invaluable as the University rapidly transitioned from residential to fully remote learning last year. Under Bob’s leadership, the University also executed a contract with an industry-leading online program manager to implement Carolina’s campus-wide digital learning strategy.

“He also oversaw the University’s data science initiative, commissioning a steering committee in the fall of 2019 that proposed to create a School of Data Science and Society that will lead the world in using data and information to solve humanity’s greatest challenges. This report was endorsed by the University’s Board of Trustees in March 2020. With last week’s news of Apple’s expanded presence in the region and a focus on AI and machine learning, this new school will position Carolina to respond with graduates ready to discover and contribute to exciting new technologies and innovations and serve to benefit society.

“Bob has been a stalwart leader throughout the pandemic, overseeing key changes that have enabled us to continue our educational mission despite extraordinary challenges. He oversaw the planning and implementation of the Carolina Together Roadmap, convening a Roadmap Implementation Team, composed of leaders from across the campus, to create a thorough and thoughtful plan that was consistent to our mission while also focusing on the health and safety of our campus and the Chapel Hill community. After learning much from the fall 2020 semester, Bob led efforts to put numerous procedures in place for spring 2021, including a robust re-entry and ongoing asymptomatic testing program, increased quarantine and isolation space and a required commitment to follow our COVID-19 Community Standards. The University has had a successful spring 2021 semester with the implementation of the Carolina Together Testing Program.

“Prior to his appointment as provost, Bob served as dean of the Eshelman School of Pharmacy for nearly 14 years. Under his leadership, the school became an internationally recognized leader in pharmacy practice, education and research, ranked No. 1 in the nation by U.S. News & World Report. He also oversaw an impressive increase by school faculty in growing the research portfolio from $2 million in 2002 to $36 million in 2016, ranking second among the nation’s pharmacy schools. Before coming to Carolina, Bob was a faculty member and administrator at the University of Kentucky College of Pharmacy from 1978 to 2003.

“Bob will continue to serve until a new executive vice chancellor and provost is named, most likely by late fall. We will commence a nationwide search later this month, and I will provide an update on that process once a search committee has been finalized. In the meantime, please join me in thanking Bob for his tireless leadership and service to our great University.