Former Faculty Member To Be Next Dentistry Dean

A widely recognized dental health expert and researcher at the University of California at San Francisco’s dental school will be the next dean of UNC’s School of Dentistry.

Dr. Jane A. Weintraub, who was on UNC’s faculty for seven years in the late 1980s and early 1990s, was selected by Chancellor Holden Thorp ’86 and Executive Vice Chancellor and Provost Bruce Carney. The trustees approved the recommendation today, and the recommended appointment date is July 1. 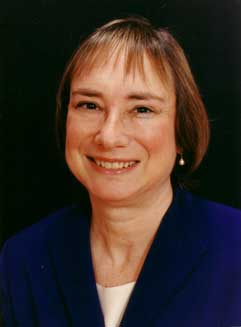 Weintraub’s selection followed a national search that was complicated in spring 2010 when the University was unsuccessful in hiring the recommended finalist for dean of the dental school; as a result, former Dean John Stamm took over as interim dean in late May while the search continued for a permanent dean. Stamm had served as dean of the school from 1989 to 2004.

In summer 2009, then-Dean John Williams had announced his plans to leave after five years in the position. He became dean of the Indiana University School of Dentistry.

“During her 30-year career, Dr. Weintraub has contributed significantly to the efforts to prevent dental disease among people most at risk,” Thorp said. “She has earned national recognition for her work to reduce oral health disparities and is an outstanding educator, scientist and mentor. Such qualifications have prepared her well to guide the School of Dentistry in continuing to fulfill its mission of providing excellent teaching, patient care, research and public service.”

Weintraub’s research has helped shape scientific guidelines regarding sealants and fluoride that have become a part of mainstream dental and public health practices. She is the principal investigator and director of the Center to Address Disparities in Children’s Oral Health, known as CAN DO. The center focuses on preventing early childhood caries, a condition that is difficult and expensive to treat and disproportionately affects young children from disadvantaged backgrounds. In 2008, this National Institutes of Health-funded center received an additional seven years of funding totaling $24.4 million – the biggest grant in the UCSF School of Dentistry’s history.

Her professional experience includes practicing dentistry in neighborhood health centers in Boston early in her career; working as an instructor at the Harvard School of Dental Medicine; serving on committees and in leadership roles for a variety of national and international dental and public health associations; mentoring dozens of students and early career researchers; and developing and conducting dental clinical trials.

She is a past president of both the American Association of Public Health Dentistry and the International Association of Dental Research’s behavioral sciences and health services research group. She was one of the scientific editors and contributing authors for the first Surgeon General’s Report on Oral Health. In 2009, she received the International Association of Dental Research’s H. Trendley Dean Distinguished Scientist Award for her work in oral epidemiology and dental public health, and in 2010 she received the American Dental Association’s Norton M. Ross Award for Excellence in Clinical Research.

Weintraub graduated with a bachelor’s degree in biology and geology from the University of Rochester, N.Y., in 1975; a dental degree from the State University of New York at Stony Brook in 1979; and a master’s degree in public health and a postdoctoral certificate in dental care administration from Harvard University in 1980 and 1982, respectively.

Carney praised Stamm in resuming the role he had previously held for 15 years. “Chancellor Thorp and I are extremely grateful to Dr. Stamm for stepping in to once again lead the school. With his experience and devotion to Carolina, we could not have hoped for a more capable steward during this transition period.”

Carney also thanked Barbara K. Rimer, dean and Alumni Distinguished Professor in the UNC Gillings School of Global Public Health, for chairing the campus advisory committee that led the search, and he expressed appreciation of faculty members and dental alumni for their efforts. “Everyone has dedicated themselves to finding the right person to lead the school.”

Opened in 1950, the School of Dentistry consistently ranks among the nation’s top dental schools and is known for its teaching, research, patient care and public service activities. Faculty teach students at the undergraduate, graduate, doctoral and postdoctoral levels. A new Dental Sciences Building is under construction; the 216,000-square-foot facility will offer study areas, state-of-the-art laboratories, administrative offices and clinical space and is due for completion in early 2012.