Terry Rhodes ’78, a music professor who entered administration as senior associate dean for fine arts and humanities in 2012, has been named dean of the College of Arts and Sciences, a position she has...

Harry Smith Steps Down as Board of Governors Chair 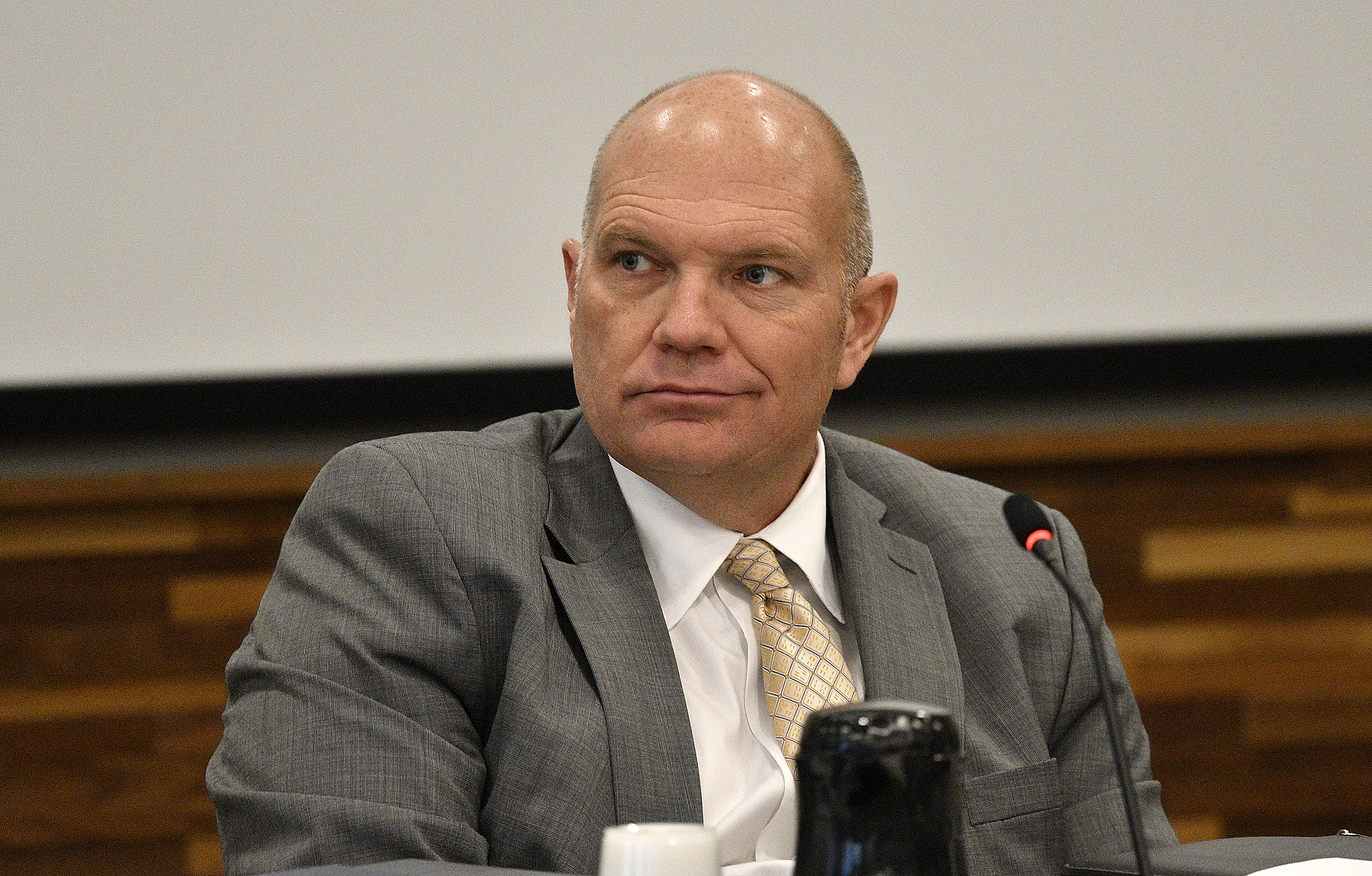 Harry Smith plans to leave the Board of Governors early in 2020, citing the demands of his business. His term was set to expire in 2021. (Grant Halverson ’93)

Citing fatigue and time taken away from his businesses, Harry Smith in late September announced his resignation as chair of the UNC System Board of Governors. He plans to leave the board early in 2020.

On Tuesday, the board elected Randy Ramsey, who had been vice chair since 2018, as the new chair.

Smith cited the demands of his business. He had said he planned to remain on the board, but in early November said he didn’t have the time required for its duties. His term was set to expire in 2021.

Ramsey, of Beaufort, is a Kinston native and a graduate of Carteret Community College in Morehead City. He is the founder and president of Jarrett Bay Boatworks, which specializes in the construction of custom sport fishing boats and boat repair, and a partner and board member of Bluewater Yacht Sales. He has been a trustee at N.C. State University.

Ramsey joined the Board of Governors in 2017; his term is set to expire in 2021. Wendy Murphy of Wallace was elected vice chair.

Smith, who became chair in July 2018, was appointed to the board by the N.C. General Assembly in 2013 and reappointed in 2017. At the time he joined the board, the makeup of its 24 members had shifted from majority Democrat to majority Republican.

Smith, of Washington, N.C., is founder of several companies. He is a graduate of East Carolina University.

His tenure on the board, which governs 16 universities and the N.C. School of Science and Mathematics, spans a period in which the board has come under increasing criticism from educators across the state as its political makeup has changed. Since Republicans took control of the Legislature in 2011, they have incrementally appointed BOG members whose philosophies have differed from many of their predecessors.

By 2014, the BOG’s new majority was making its ideology felt. It capped at 15 percent the amount of tuition revenue that could be set aside for need-based financial aid, arguing that this would help keep tuition rates low. It launched a review of academic centers and institutes that led to the 2015 closure of Carolina’s law school’s Center on Poverty, Work and Opportunity.

In early 2019, 149 people — including some of North Carolina’s most prominent business, civic, philanthropic and university leaders — signed a letter urging the BOG to “refrain from meddling and micromanaging” public education institutions in the state.

“The University of North Carolina is at a crossroads and its future is at stake,” the letter read. The BOG, it read, “must let our leaders lead, our professors teach, and our students learn — for the good of the State of North Carolina.

The signatories started a website that Smith called “a political temper tantrum.”

“I’m certainly respectful of differing views and opinions,” Smith said at the time, “and I have a lot of respect for the folks who have taken it upon themselves to create the messaging. It’s unfortunate such a very, very small group, which is predominantly comprised of UNC-Chapel Hill graduates, feels like they can message for the entire system and the state. … I respect the fact that they want to get their message out, but I don’t think it’s representative of what we’re doing, what we’re accomplishing and the things we’ve taken on at the Board of Governors.”

Smith was the very visible face of the BOG through the controversy over the fate of UNC’s Confederate monument and was highly critical of former Chancellor Carol L. Folt after she ordered the statue’s base and commemorative plaques removed at the same time she announced her resignation from UNC in January.

Smith was quoted as saying: “We are incredibly disappointed at this intentional action. It lacks transparency, and it undermines and insults the board’s goal to operate with class and dignity.” Shortly afterward, Folt, who had planned to stay on until May, was ordered to leave within weeks.

The Silent Sam statue had been torn down by protesters in August 2018, setting off months of back-and-forth between BOG members and members of the UNC Board of Trustees and UNC’s administration over resolution of the issue. Last May, in a reversal of his position, Smith said he had decided that restoring Silent Sam to its original site just off Franklin Street was “not the right path.”

“My original view and opinion, which I think was probably quick and uneducated, was just to put it back up,” Smith said. “Having taken the time, energy and effort and talking to a lot of people I have tremendous faith and trust in, it’s my view and opinion as one member that that’s not the right path.”

The statue’s fate has not been resolved, and several deadlines for a decision have passed. Most recently, the BOG did not address the issue in its September meeting.

WRAL reported in September that Smith acknowledged rumors that he might be interested in the presidency of the UNC System, for which a search is underway.

“My heart’s not there [now],” he told the station at the time. “Do I get up next week and my heart’s there? Maybe.”