The indoor football practice building and adjacent outdoor fields and a new support program for football players will bear the name of William J. Koman Sr. ’56, courtesy of the largest gift ever to the... 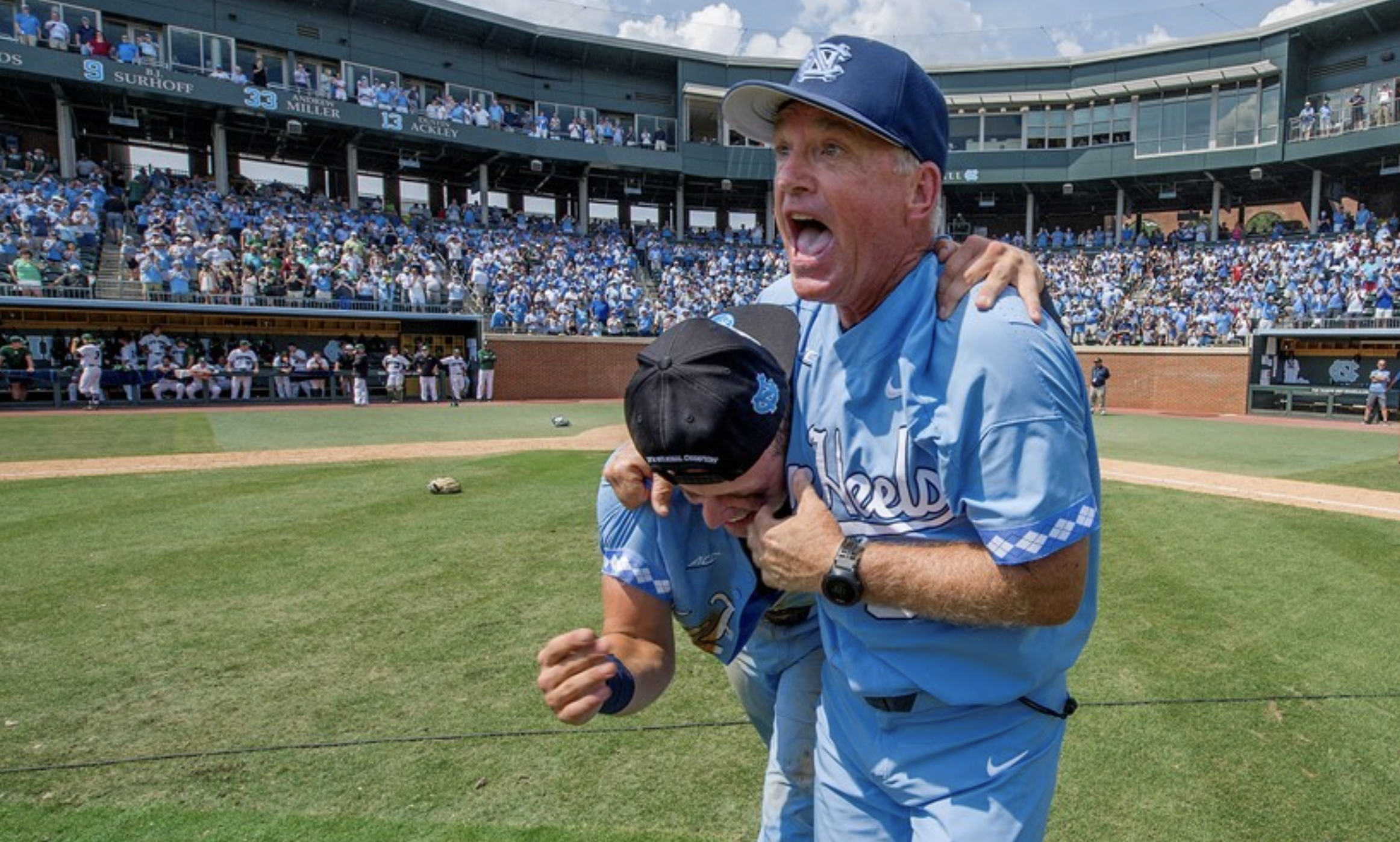 Carolina got an 11th trip to Omaha. The Heels’ College World Series was cut short, but they left with the assurance Coach Mike Fox ’78 (’79 MAT) would be back for more — and Fox called this team a special one.

Oregon State scored eight runs in the final two innings of a must-win elimination game June 20 to come out on top 11-6. With the loss, the Tar Heels finish their season at 44-20. Junior Kyle Datres had three hits and his seventh home run of the year to lead UNC, which was making its seventh CWS appearance in 13 seasons and the 11th in program history.

Freshman Caden O’Brien matched the longest outing of his career with 4.1 stellar innings in relief of junior Cooper Criswell, and sophomore Ike Freeman continued his torrid NCAA tournament with a sixth two-hit game of the event.

Carolina held a 6-3 lead in the fifth inning before the Beavers came back.

UNC and Fox have reached an agreement in principle on a new contract. Fox just completed his 20th season and was named the Atlantic Coast Conference coach of the year for the first time in his career. He led the Tar Heels to a first-place finish in the ACC for the second consecutive season. His current contract ends on June 30. Terms of the new one were not disclosed immediately.

“Mike has done an outstanding job, not only this season with a return trip to Omaha, but for two decades in building one of the top baseball programs in the country,” said Athletics Director Bubba Cunningham. “He and I have been discussing terms of a new contract over the course of this season, we have agreed in principle, and will work out the details in the near future. Mike has demonstrated a strong commitment to academic and personal development as well as being successful on the field, and we are thrilled to know he will be here for the long term.”

Fox said: “The end of the season, it stinks. And it’s especially hard when you have such a great group of kids. Probably not one of our most talented teams that we’ve had at UNC, but perhaps our most unselfish, toughest, grittiest, just determined to get here.

“For me personally, this has probably been one of the most fun seasons I’ve had because this team has just been so easy to coach. … They were so much fun to be around every day.”