Alumni who come back for their 50-year reunion consistently say that marching into Kenan Stadium at Commencement is the highlight of the weekend. Photo: Ray Black III
Posted on July 12, 2022 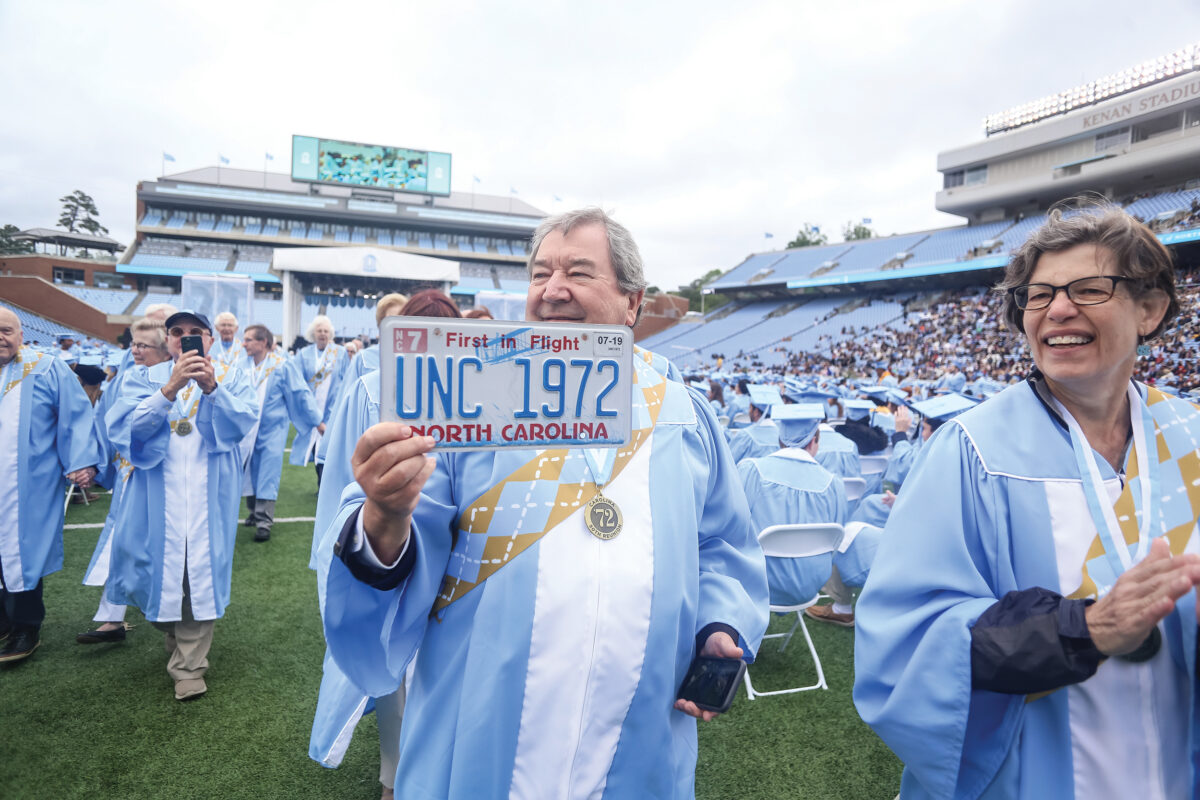 When members of the classes of ’72 and ’70 marched May 8 into Kenan Stadium in Carolina blue caps and gowns to celebrate their 50-year reunion, they could hardly contain their elation.

Chances are their emotions linger.

As they paraded into the stadium on Mother’s Day, the 170 golden graduates were applauded by some 6,200 undergraduates seated on the field and more than 30,000 guests in the bleachers.

The 50-year graduates were led by GAA President Douglas S. Dibbert ’70 and Class President Charlie Ingram ’70, carrying a class banner. Immediately behind them were four ’70 classmates who have served as chair of the GAA Board: Jim Delany, Jill Gammon, Jean Kitchin and Richard Stevens.

All the graduates sported gold-and-white argyle sashes created and autographed by Alexander Julian ’70, who marched with his class that day. Christopher Daggett ’72 and Joseph Stallings ’72 carried their class banner.

While making their way around the field, they high-fived the soon-to-be graduates sitting in row after row of folding chairs. Some alumni also danced to songs played on the stadium’s loudspeakers, including “Dancing in the Streets” by Martha Reeves & the Vandellas and “Be Young, Be Foolish, Be Happy” by The Tams. 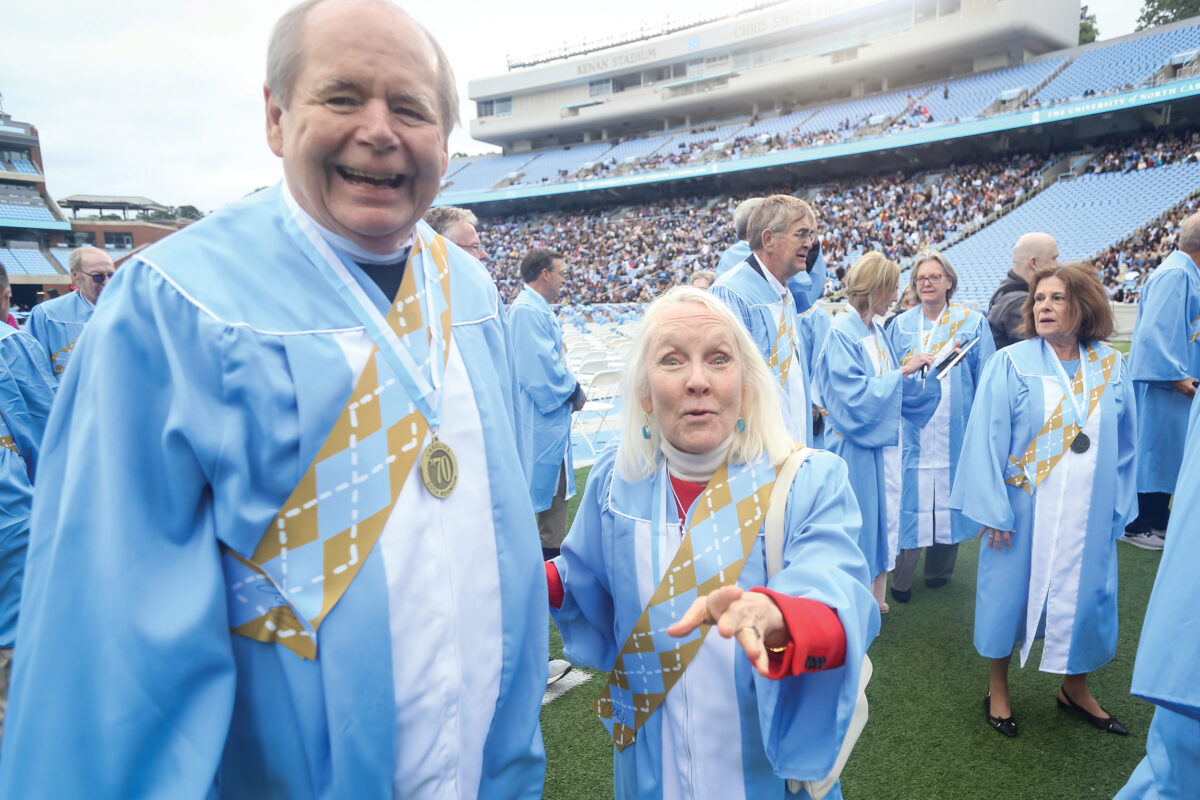 The COVID-19 pandemic prevented the class of 1970 from marching during their 50th anniversary in 2020. The class of 1971 is holding its 50th-year reunion in October, though some class members chose to process in May, while others are expected to march in 2023 with the class of 1973.

“For me, it was a once-in-a-lifetime experience and very emotional to make that walk and see those beautiful, young graduates’ faces,” said Carol Nance Harris ’72 (’73 MEd) of Clemmons. “It was a magical weekend.”

After marching on the field, Harris sat on the Victory Bell inside the tunnel under the stands with classmate Libby Hinkle Samuels ’72 of Lexington. Best friends since middle school, they roomed together all four years at Carolina, in Morrison Residence Hall and in the Tri Sigma House on Franklin Street.

“This weekend has been unforgettable,” Samuels said. “I’m so grateful for the opportunity to connect with old friends, to renew acquaintances and make new friends.”

Ben Boykin ’72 of White Plains, New York, said marching in Kenan Stadium was “very emotional and unique.” He’s a member of the GAA board of directors and also a member of the University’s earliest Black graduates, the Black Pioneers.

Boykin, president of a financial consulting firm and a county legislator, didn’t march in 1972 with his graduating class. But he served on the 50th anniversary planning committee.

Each reunion graduate has a story, and Boykin’s, not surprising given the racial climate of the day, includes some less-than-positive experiences. 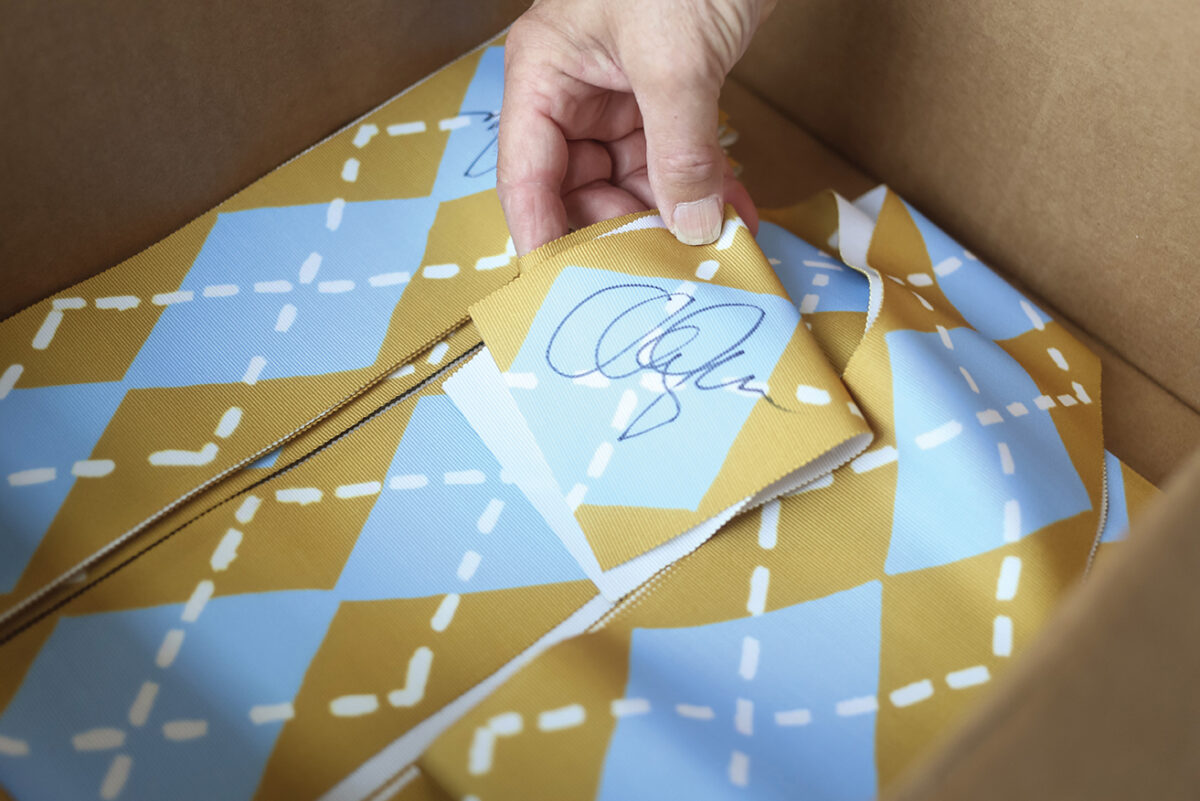 “During my first two hours in the residence hall, my white roommate who was from Wilmington moved out,” said Boykin, who is a member of Phi Beta Kappa. “I was like, ‘Wow, this is going to be a long four years.’ But I didn’t let adversity and things in the environment inhibit me from getting my education.”

Boykin participated in two of six enrichment panels the GAA presented over the weekend, including “Saturday Morning in Chapel Hill: Carolina Across the Generations.” The panel, which was first held in 1982 and moderated by Charles Kuralt ’55, this year featured Stevens as moderator.

The reunion weekend was bustling with activities. It kicked off with an opening reception on Thursday, hosted by the classes of 1970 and 1972 and was billed as an evening with Coach Williams and Wanda Williams ’72. 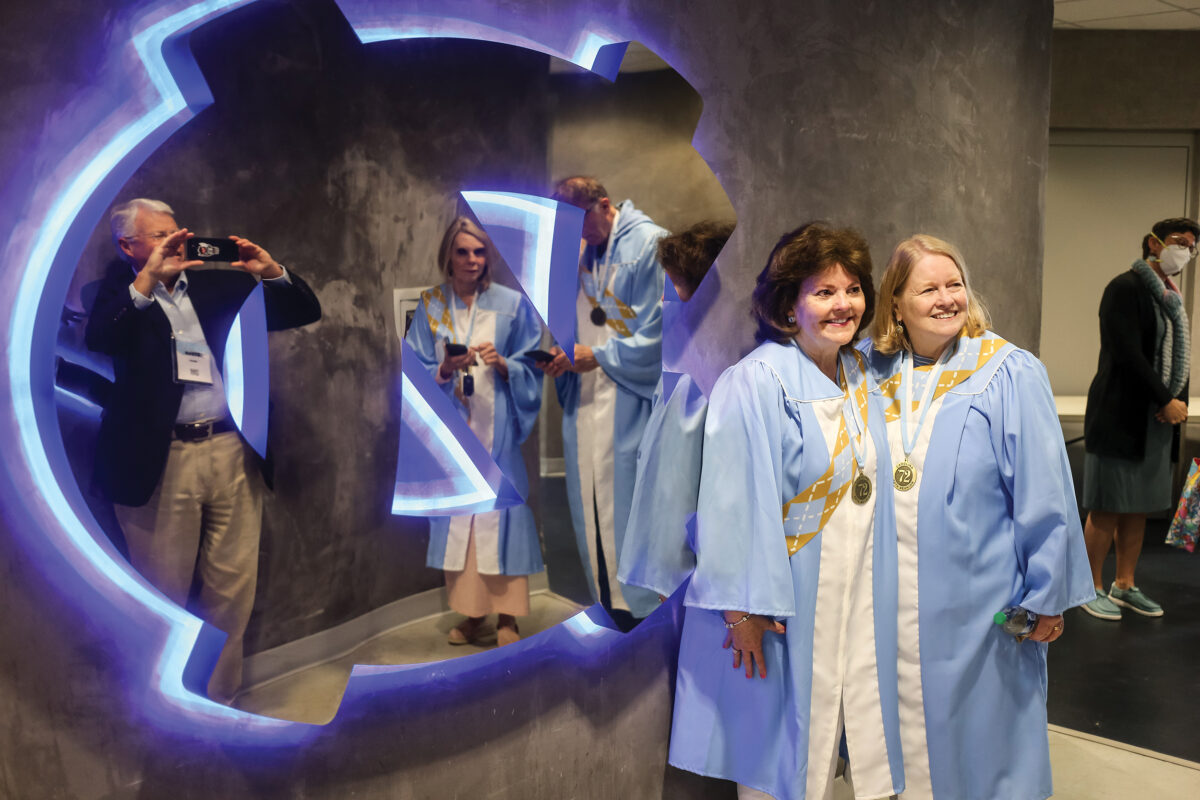 Earlier in the day, the GAA held one of two Old Students Club Luncheons, which are funded by an endowment to the GAA from James Lee Love (class of 1884) to pay for an annual gathering of the “Old Students Club” for milestone class years that have reached or passed the 50th anniversary of their graduation year. An additional luncheon was held the previous day because of the multiple class years celebrating 50th anniversaries. It was the first time two luncheons were held during Commencement.

The Annual Alumni Luncheon was held at The Carolina Club in the George Watts Hill Alumni Center and featured greetings from Chancellor Kevin Guskiewicz, a performance by the GAA-sponsored Clef Hangers and the awarding of the GAA’s 2022 Distinguished Service Medal to Patricia Ann Timmons-Goodson ’76 (’79 JD) of Fayetteville and Terry Ellen Rhodes ’78 of Chapel Hill.
Manekin, a former GAA Board member, attended with his wife, Vivian Dixon Manekin ’70, who came to Carolina from Farmville, a small town east of Greenville.

At the luncheon, she described how she was impressed with the smart women who came to Carolina from all over the country. “When I went back to Farmville, everything looked different,” she said. “Everything just opened up. I wasn’t aware of how big the world was.”
Susan Riggsbee Sallin ’70 of Hoover, Alabama, came from Atlanta in 1966 as part of the first class of women freshmen at UNC. Sallin, a history major, said she didn’t find it difficult being one of the relatively few females on campus. She said, however, women were required to be in their dorm room by 7 p.m., so she took advantage of the early curfew to read the racy novel Peyton Place to her dorm mates. “Maybe that wasn’t the way Carolina intended us to use that time,” she joked.

One of Sallin’s classmates was Leonard Daniel “Dan” Adams ’70 of Pawleys Island, South Carolina, who attended reunion weekend with his wife, Jane.

UNC ties run deep in Adams’ family. His father-in-law attended Carolina before being drafted by the Navy to fight in World War II, and his granddaughter, Isabella Pineda Adams of Dallas, is a rising sophomore at the University.

Adams said he felt privileged to walk in Kenan Stadium and considers it one of his top five watershed events, including his 50th wedding anniversary and the birth of his children. “This is really very high up there in terms of meaningful experiences,” he said.