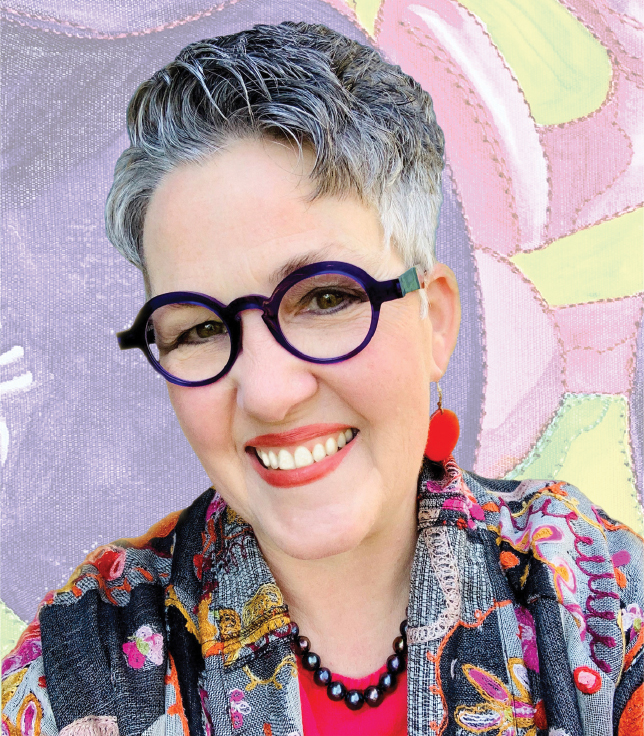 The paint has the consistency of sour cream. Some of it is transparent, like pantyhose; some opaque, like tights. Some shimmers as if wet, mimicking an eye or the scales of a fish.

Susan Brubaker Knapp ’94 (MA) uses them all — plus yards of thread and fabric — to create art quilts that look like textured paintings. The threads become the veins of a pitcher plant or the shiny carapace of a beetle.

Sunlight floods into Knapp’s Chapel Hill studio, shining on rainbow stacks of fabric, spools of thread and a cabinet full of acrylic paint. On the wall is a sign: “Measure twice, cut once.” The bottom third of “once” is lopped off.

She begins many of her pieces with a photograph, often of nature. She uses her Carolina-honed journalism skills to research each plant, each fungus, to make sure she gets it right.

“Most people just look at stuff; they don’t really see it,” Knapp said. “As an artist, I want to draw their attention to these beautiful details, which to me are the miracles in nature.”

A project can begin with Knapp hovering over a Venus flytrap, camera in hand. She prints the photo, lays it on a lightboard and places tracing paper on top. She then carefully pencils in the most evocative lines — not every ripple and notch, that would be overwhelming — just the ones that pop. Then she scans the image and prints it, taping sections together to create a giant paint-by-number, her pencil sharp as she fills in each shape she’s drawn with the color in her mind.

She begins painting, using a fine-tipped brush for detail, overlaying stencils to create repeating shapes to depict dappled light, smearing background paint to imply other life behind a fern, the flytrap and a pokeberry plant to appear just out of focus. Then begins the “thread sketching,” laying down thousands of stitches to create the ragged edge of palm fronds, the matted fur of a goat’s beard, the swirling impression of scents on the breeze that Venus flytraps emit to lure the insects that are their food.

As a child, Knapp considered herself an artist, and her parents encouraged her creativity. But when it was time for college, they worried she wouldn’t be able to make a living, so she studied something more practical — English. That led to a job in corporate communications for a New York bank, which introduced her to the world of photographers and graphic designers. Their work, she said, was closer to her dreams. Still, applying to art school was too scary, she said, so she again did the practical thing and applied to journalism school at Carolina, where she discovered that she hated asking hard questions. 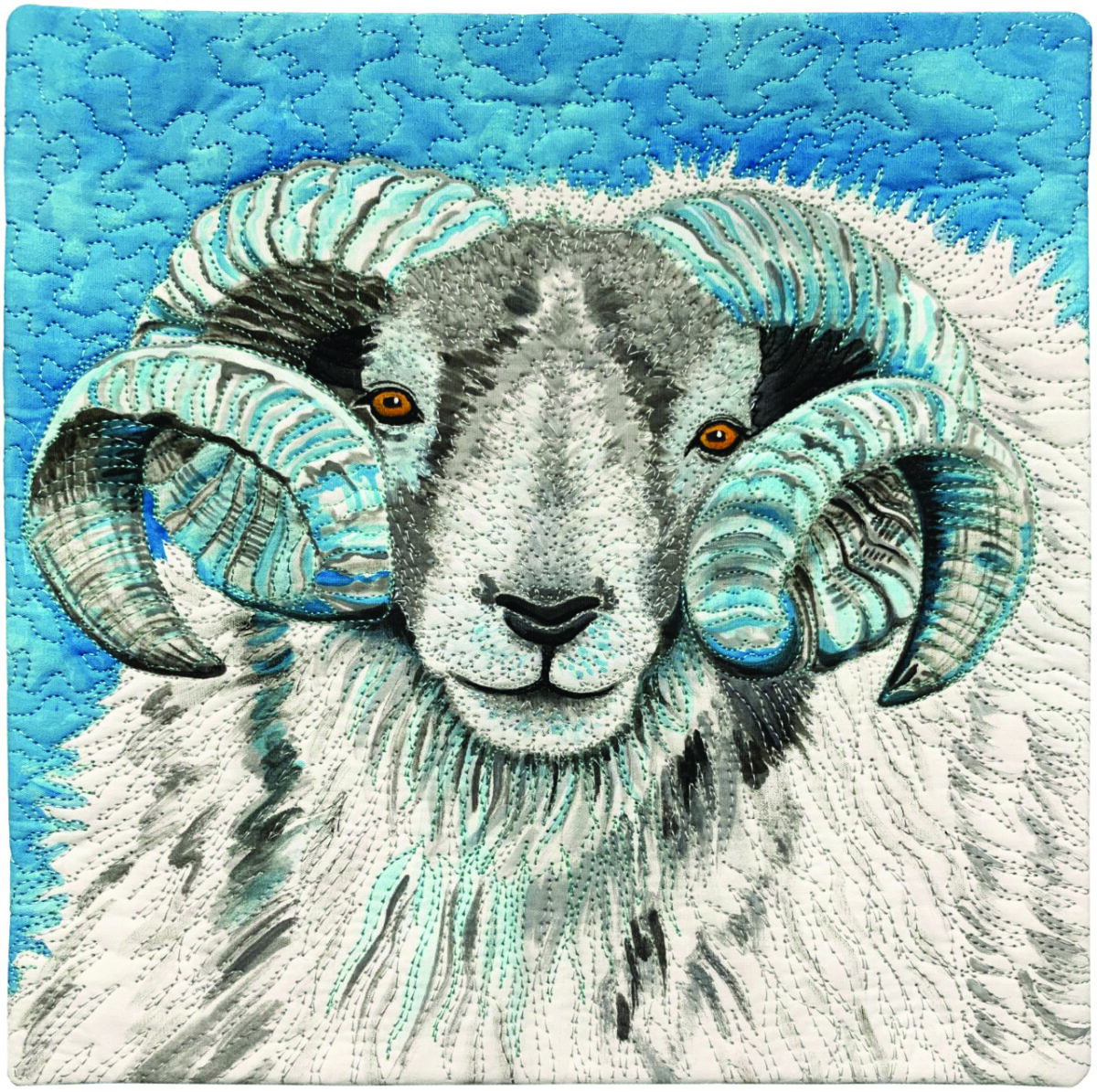 Fortunately, the era of USA Today infographics arrived. In 1989, Knapp applied for a graphic design class with now-retired UNC professor Jay Anthony. When she brought him samples of her work, he leaned back, hiked his feet onto his desk and silently flipped the pages. She said her heart thudded. When he got to the end, she recalls him saying, “I just have one question for you, Brubaker. What the hell are you doing in journalism? You’re an artist!”

Anthony helped Knapp land her first job interview, in Lexington, Kentucky, where one of Knapp’s co-workers enticed her into quilting. Now Knapp’s the face of Quilting Arts TV, which airs on about 400 PBS stations nationwide. People recognize her in fabric stores, and quilters in the U.S. know her name.

“I get to meet amazing artists, people whose work I love,” she said. “I get to sit with them and ask them questions about it and touch it and see it up close. It’s a dream job.”

She teaches for quilting guilds in the U.S., New Zealand, Australia, the Netherlands and South Africa. Her art quilts sell for as much as $3,000. Two are part of the International Quilt Festival Collection in Houston, whose annual event draws 60,000 attendees, and one is owned by the International Quilt Museum in Lincoln, Nebraska, which bills itself as the largest known collection of quilts in the world.

Some of her quilts channel her despair about crises in the world, including the 2018 massacre at Marjory Stoneman Douglas High School in Parkland, Florida; the death toll from guns; and her view of former President Donald Trump’s treatment of women. For the latter, Knapp created the quilt “Poisonous Words,” which included Trump’s own words coiling around his face and a copperhead snake slithering out of his mouth. The work was part of a 60-quilt exhibition called “Threads of Resistance,” which was held at 12 venues nationwide, including the New England Quilt Museum and the Fuller Craft Museum, both in Massachusetts. When the show traveled to Texas in 2018, some attendees complained, and the exhibit was canceled at some venues.

Quilting is a $4.2 billion market in the United States, about 20 percent of which is from art quilters, according to the Craft Industry Alliance. Art quilting hasn’t yet been fully accepted as an art form and is considered more of a craft. That is changing as museums nationwide present shows and as buyers who appreciate the three-dimensional textile art build collections.

“The quilting world is so broad and so deep, and there are so many styles and so many incredibly talented people doing it,” Knapp said. “Art quilts bridge that gap into the art world. They’re starting to be accepted as fiber art.”