Introverts prefer to keep out of the limelight, and Julius Peppers is no exception. But it’s hard to stay under the radar when you’re a 6-foot-7 mountain of muscle, your performance on the football field announces you as one of the best players ever to take the field, and you’re continually doing really nice things to help people out. 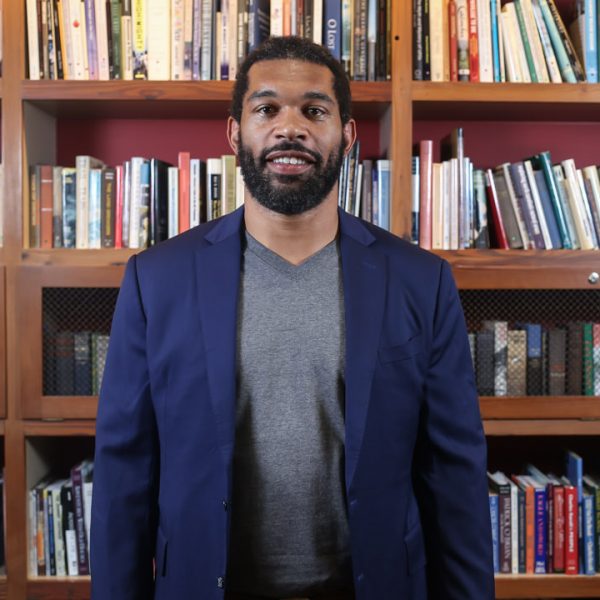 Even after he announced his retirement from professional football earlier this year — after a career that lasted longer than 99 percent of NFL players — Julius couldn’t fade into the background. His name was placed on the ballot for the 2020 College Football Hall of Fame at the earliest moment the rules allowed.

Julius was a natural athlete, extraordinarily gifted in any sport he took up. He was a state champion track star in high school in addition to being on his school’s football and basketball teams. He played basketball for the Tar Heels as a walk-on, including in the Final Four in 2000. He wrapped up his college football career at Carolina by receiving the Vince Lombardi Award as the nation’s top college lineman and the Chuck Bednarik Trophy as the top collegiate defensive player. He was a unanimous pick for first-team All-America in 2001.

Julius started his career in the pros with the Carolina Panthers as the No. 2 draft pick in 2002. A year later, he helped the Panthers make it to the Super Bowl. His career spanned 10 seasons with the Panthers, four with the Chicago Bears and three with the Green Bay Packers. In his 17 years in a brutal sport, he missed only two games because of injury.

Off the field, he shone even brighter in the eyes of many. A quiet man of few words, he observes and connects with those around him, and his actions speak clearly.

In 2005, the 25th anniversary of the GAA’s Black Alumni Reunion, Julius sponsored some of the outreach to underserved high school students that BAR initiated. In 2009, he expanded his commitment with a leadership gift of $100,000 to the Light on the Hill Scholarship that supported students of color. His generosity inspired others; so far the fund, an important component to recruiting promising students of color, has attracted $1 million in donations. Julius contributed another $250,000 in 2012.

Peppers Scholars — 18 so far — have gone on to medical school, law school, doctoral programs and careers with nonprofits and in international relations.

Julius looks for opportunities to invest in the future of others. Helping young people reach their full potential matters to him. While he was with the Bears, he partnered with Big Brothers Big Sisters to bring in inspirational speakers to help young people make good choices as they matured into adults. He has assisted churches, such as buying a van to transport youths to various activities and enable people without transportation to come to worship services. He sponsored Rites of Passage, a program in North Carolina to make sure boys had interactions with accomplished men of color who served as role models.

Then, last year, Hurricane Florence barreled through eastern North Carolina, wreaking devastation not far from his hometown. He launched a hurricane relief fund with $100,000 and inspired his teammate Cam Newton to match his donation.

But he did not stop with writing a check. On his day off, he joined volunteers at United Way headquarters in Robeson County. He served meals, and he helped clean out the house of a police officer whose property went unprotected while he evacuated others in his neighborhood.

“The problems don’t leave just because the cameras did,” Julius said. “When you see someone in a time of need, I feel like it’s a responsibility and you have an obligation to try to help if you’re in a position to help.”