Ku McMahan grew up wanting to be a surgeon. But even more important, he wanted to change the world. Rather than make a difference to one individual at a time as a physician, he settled for helping entire populations live a better life through a combination of research and entrepreneurship. That’s what he’s done, ever since he enrolled at UNC’s Gillings School of Global Public Health. 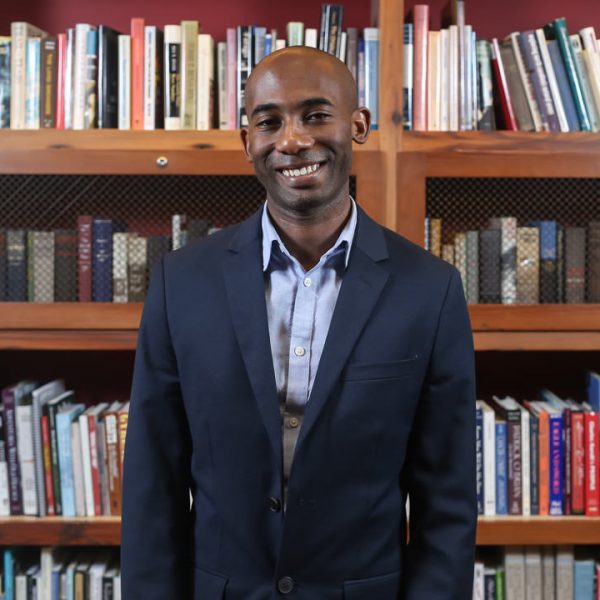 When Professor Mark Sobsey suggested he stick around and conduct research after getting his master’s in public health, Ku cautiously agreed, provided the results wouldn’t get stashed away on a shelf. He wanted to have an impact.

He and his mentor worked together to invent a water-quality test and start a company, Aquagenx. Ku shifted his career focus to water sanitation and hygiene and water quality. In recent years, he has turned his attention to water scarcity.

“The world is in trouble,” Ku said. “We don’t have enough food and water. Lots of NGOs are working on it, but they don’t have access to enough capital.”

Having come from very modest means, Ku had traveled little before completing a degree at Duke with the help of scholarships. He taught with Teach for America, then became interested in minority health, environmental health and quality of life issues. Enrolling at the Gillings School gave him the opportunity to see the world and to conduct research. He expanded his worldview, saw problems others around the globe faced, and began working to move people out of poverty.

After completing his doctorate at UNC, he taught research at Florida International University and oversaw the West Africa Water, Sanitation and Hygiene Program, a USAID project. That’s when he homed in on the need to grow more food with less water. In 2012, he joined Securing Water for Food, a $32 million international partnership of USAID, Sweden and the Netherlands, where he manages the Grand Challenge for Development.

In that role, Ku works with entrepreneurs from around the world who have products or techniques to increase crop yield in developing countries. He makes decisions on who receives startup funding from Securing Water for Food and guides them to investors who can help them get to scale. Because it’s in everyone’s best interest for the innovators to succeed, he helps them improve their business models, their long-term strategies and their technologies so they can reach more low-income farmers in developing countries. He is diplomatic yet stands firm, even when he makes judgment calls that some find hard to hear.

Initially, his goal was to reach between 1 million and 3 million farmers. So far, he has helped upward of 6.3 million.

In the 40 or so countries he has visited, he talks to farmers who have had bad harvests and matches them with a technology or innovation that the organization funds. He has introduced them to fungal armor that protects seeds from drought, a solar-powered desalination machine, a pre-spaced seed tape that includes fertilizer, a small weather station that talks to insurance companies and lowers the farmer’s rates, and irrigation hardware that boosts water efficiency by 50 percent. To date, SWFF has saved well over 10 billion liters of water.

“That makes a real difference in their lives,” he said. “It means they can get vaccines or send their kids to school or get health care or have savings.”

All of those connections across all of those time zones, and yet Ku never runs out of energy, according to those who work with him. A former roommate summed up his energy level: “I could walk to campus in 10 minutes; Ku could make it in seven.”

And yet, when a friend needed him, he would drop everything and help. “You don’t even need to tell him to show up,” a friend said. “You just know that’s what he will do.”

He shows up for friends nearby and farmers he’s never met half a world away — a world he is helping change.