Milltown Serves Its Final Round 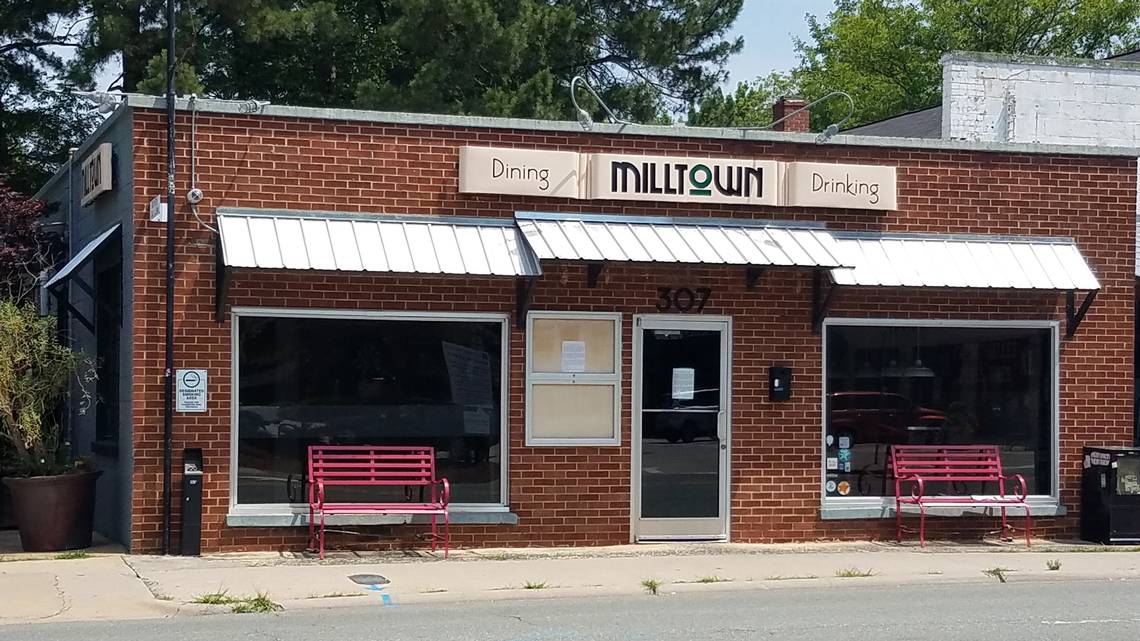 Milltown — which had promoted a Belgian-style beer culture in Carrboro since 2006 — closed after service on Memorial Day.

The owners, brothers Josh ’90 and Drew Wittman ’88, announced the closing on Milltown’s Facebook page, noting: “We end not with regret but with so many great memories from so many fun times.”

But the spotlight was on the beer, especially the higher-alcohol Belgian style allowed by a change in state law the year before Milltown opened. Its beverage menu featured 18 draft beers from around the world as well as the U.S. and 150 more brands in bottles.

Servers delivered that food and drink to patrons inside a classically comforting pub and outside to an airy, dog-friendly, street-side courtyard familiar to fans of European beer gardens.

The Wittmans noted on Facebook that surrounding establishments have increased their food and beverage options and that the beer market has changed. The same change in law that whetted appetites for Milltown’s Belgian-style inventory also helped set off the boom that in recent years has put North Carolina at the forefront of the craft beer industry, giving bar-goers a taste for the latest small-batch brew.

“Although we were still doing great numbers on certain weekends during certain months, things were just too up and down and not predictable enough to keep things breaking even, let alone make a small profit,” Josh Wittman wrote in an email.

Josh Wittman said ithas been gratifying to see comments on Facebook about people who met their spouses at Milltown and sharing other good memories.

The brothers said theyhave been negotiating with entrepreneurs who might be interested in the business and the building at 307 E. Main St.As for what’s next for them, Josh is a partner in three other businesses, in Durham and Wilmington, and Drew hopes to open another restaurant “closer to home” in New York City.