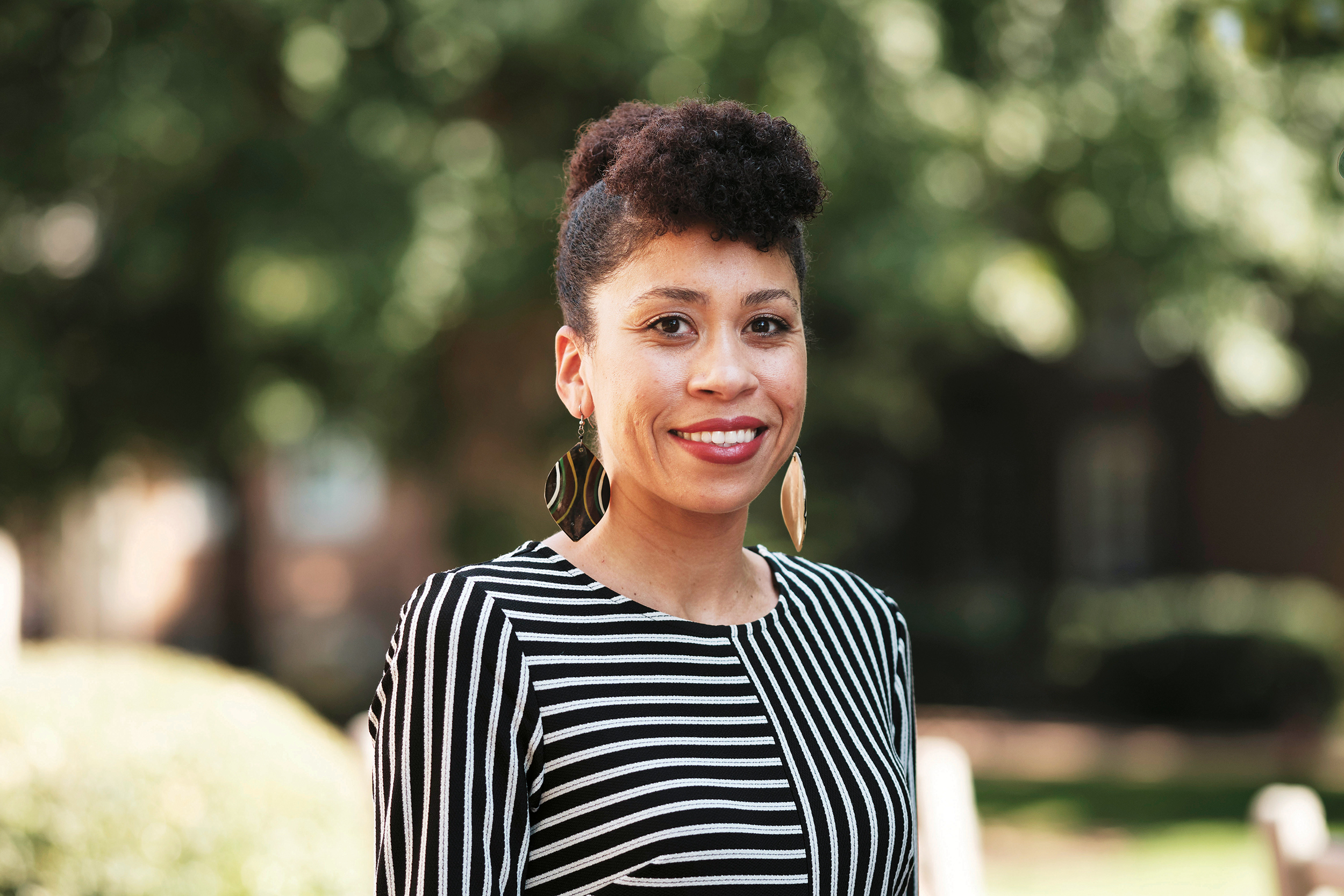 Yalitza Ramos ’05 (’14 MSW) joined the staff of the Campus Y as assistant director in 2017 and assumed the job of interim director in January 2020. She was selected as director, effective Aug. 30, after a national search. (UNC/Jon Gardiner ’98))

As new director of the Campus Y, Yalitza Ramos ’05 (’14 MSW) is drawing inspiration from her parents, who brought together people in her hometown of Binghamton, N.Y., by sharing family traditions — celebrating Kwanzaa in recognition of her mother’s African American heritage and dancing the Bomba in honor of her father’s Puerto Rican roots.

“Their culture and heritage were really important to them, and that’s something they wanted not only their children to connect with but also their community,” Ramos said. She hopes to foster the same sense of shared community at the Y.

“That’s really important to me and the staff and the students,” she said. “Inviting and re-inviting people to be part of this space.”

The Y is a gathering spot for students committed to social justice and community service. Ramos joined the staff as assistant director in 2017 and assumed the job of interim director in January 2020. She was selected as director, effective Aug. 30, after a national search.

“The purpose of the Y is to unite the students, staff, faculty and the community in the pursuit of social justice,” Ramos said. “We hope to have a lot of pathways for people to be able to pursue that — whether it’s through volunteering or direct service or more of the advocacy piece of spreading awareness and holding important conversations.”

Her student-first approach to leadership resonates with all ages.

“The purpose of the Y is to unite the students, staff, faculty and the community in the pursuit of social justice,” Ramos said. “We hope to have a lot of pathways for people to be able to pursue that — whether it’s through volunteering or direct service or more of the advocacy piece of spreading awareness and holding important conversations.”

“She centers people in all the work she does,” said Montia Daniels, co-president of the Y, who served on the search committee for a new director. “That’s really the thing that drew us to her. She handles issues with delicacy and care, with genuine and clear leadership.”

Patrice McGloin, co-president with Daniels and also on the search committee, said that while many people listen, “Yalitza has the impressive ability to make people feel truly heard.”

Ramos’s interest in Carolina began as a child, during summer trips from upstate New York to Lumberton to visit her maternal grandparents and other relatives. But when she arrived at Carolina as a student in 2000, she missed being around a broader community like the one her New York family was a part of, with friends ranging from young children to older adults.

So Ramos intentionally extended her bubble beyond the campus, volunteering with a number of community organizations, including Chapel Hill-Carrboro City Schools, Girls on the Run and the Family Violence Prevention Center (now Compass Center).

“I always felt like I needed other ways to engage with people,” Ramos said. “Just being around a lot of different people draws me in. I was interested in the work the organizations were doing and interested in the training involved and how they’re preparing people to address some of the issues.”

She graduated from Carolina in 2005 with a double major in psychology and Spanish and earned a master’s in social work in 2014. Before joining the staff of the Y, she worked as a research assistant at the Frank Porter Graham Child Development Institute and as program coordinator at Durham’s Partnership for Children.

When she was assistant director of the Y, Ramos ran the Bonner Leadership Program, which provides scholarships to students in exchange for community service. The program is open to students who could not otherwise afford college. “That would have been me,” said Ramos, who attended Carolina as a Gates Millennium Scholar and supplemented her scholarship with loans and work-study jobs.

Lynn Blanchard, director of the Carolina Center for Public Service, has worked with Ramos for several years and got to know her better when their two staffs jointly read Isabel Wilkerson’s newest book, Caste: The Origins of Our Discontents, and discussed it virtually during the pandemic.

“To a person, everyone was thrilled when we heard she had been named the permanent director,” Blanchard said. “Yalitza has a wonderful presence about her. She is very thoughtful. She listens and she responds in a forthright and honest manner that, for instance in the Caste discussions, really provided us with her perceptions and did it in a way that enabled us to reflect upon ourselves as well.”

Particularly relevant, Blanchard said, is her approach to students — “understanding what students need to be student-led and supporting them in ways to help them grow and learn as they lead.”

Ramos said her immediate focus will be on “building and rebuilding community.”

“There’s been a lot that’s happened on campus that feels disruptive to a lot of students as far as their ability to feel welcomed and included in this space,” she said. “To some extent, there’s a disconnect because of COVID. But also just the climate on campus.”

“Some of the conversations we’ve been having include: ‘How can we focus on creating a welcoming and inclusive space where people feel valued and feel like that they can show up as their authentic selves and be supported?’ ” Ramos said. “A lot of that work starts internally. We’re looking at training and tools around an equity audit, and safety policies and procedures. We are breaking down some of the silos even within the Y.”