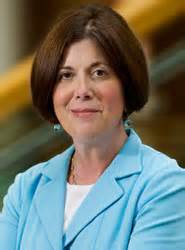 The three-member panel monitors the development and execution of the activities of the National Cancer Program. It reports directly to the president on barriers to program implementation. Members serve three-year terms, and at least two of the three panel members must be distinguished scientists or physicians. The panel meets in public sessions at least four times each year.

“The President’s Cancer Panel has the potential to be one of the most influential bodies shaping national policy regarding cancer,” said Dr. H. Shelton Earp ’70 (MD), director of UNC’s Lineberger Comprehensive Cancer Center. “With the appointment of Barbara Rimer, President Obama and National Cancer Institute Director Harold Varmus have sent a message: They want the best.”

“Barbara’s outstanding accomplishments as a population scientist and leadership roles in the federal government, cancer center and public health make her an exceptional choice,” Earp said. “She and her panel colleagues will provide an extraordinary synthesis of the nation’s research output leavened by an understanding of the human impact of cancer on patients and their families. This and Barbara’s commitment to solving the issue of minority cancer disparities will inform this nation’s approach to a disease that touches one in three Americans.”

Rimer has been on the Carolina faculty since 2003. She is a member of the Lineberger Center and was its deputy director until she was appointed dean of the public health school in 2005. From 1997 to 2002, she directed the division of cancer control and population sciences at the National Cancer Institute. She has held leadership positions at Duke University Medical Center and the Fox Chase Cancer Center in Philadelphia.