The indoor football practice building and adjacent outdoor fields and a new support program for football players will bear the name of William J. Koman Sr. ’56, courtesy of the largest gift ever to the...

Mark Gangloff, a two-time Olympic gold medalist, has been named the new head coach of Carolina’s men’s and women’s swimming and diving teams. Gangloff comes to UNC after seven years at the University of Missouri, where he was the Tigers’ associate head coach for the past two seasons. 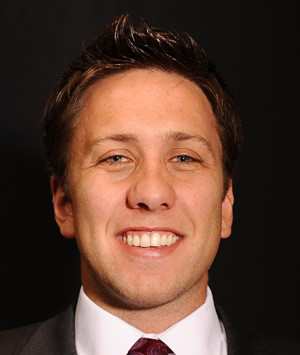 He succeeds Rich DeSelm ’78, who stepped down from the post in March for health reasons. DeSelm, who as a student was an All-American swimmer, had been a member of UNC’s coaching staff for nearly 30 years, including 12 seasons as head coach.

In seven years at Missouri, Gangloff helped lead the Tigers to five top 15 finishes at both the men’s and women’s NCAA championships. The men posted back-to-back top 10 NCAA results in 2016 and 2017, with the 2016 team finishing a program-best eighth nationally and one swimmer winning the first NCAA title in school history. That same year, the Tiger women also had an all-time best team finish, placing 11th overall.

Before going to Missouri, Gangloff spent three years as a volunteer assistant coach at Auburn, his alma mater. During his time on the Auburn coaching staff, he assisted with stroke technique, race strategy and strength and conditioning.

Gangloff previously coached at Swim MAC Carolina in Charlotte, where he assisted in the development and implementation of program and training design. He also provided instruction on race strategy and post-race coaching for swimmers ages 10 to 18.