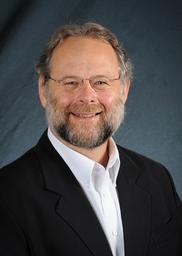 Chancellor Holden Thorp ’86 will preside at the Dec. 19 ceremony at 2 p.m. in the Dean E. Smith Center on Bowles Drive.

Thorp chose Sayre-McCord in consultation with the University’s Commencement Speaker Selection Committee, made up of an equal number of students and faculty. His selection continues Carolina’s tradition of faculty speakers at December Commencement.

“Geoff is a beloved teacher and fantastic scholar,” Thorp said. “His work establishing the Parr Center for Ethics shows his innovative approach to academic life that benefits students and the entire University. He is the perfect person to inspire our December graduates as they prepare to leave Carolina.”

Sayre-McCord served on a faculty committee that contributed to Innovate@Carolina: Important Ideas for a Better World, a roadmap outlining how the University can produce basic knowledge with the highest impact. The University seeks to create an environment where people feel comfortable taking risks and trying to address new problems. Thorp says the goal is to engage everyone on campus, regardless of discipline.

A member of the philosophy faculty since 1985, Sayre-McCord has chaired the department for 10 years. He is the founding co-director of UNC’s philosophy, politics and economics program and a member of the advisory board of the Parr Center, which takes on a broad range of ethical issues.

He specializes in moral theory and metaethics, which explores the nature and status of moral thought. His articles in scholarly journals have examined criminal justice and legal reparations, the relevance of ignorance to the demands of morality, the justification of moral beliefs and the reasons people have to be moral. He edited the books Essays on Moral Realism (Cornell University Press, 1988) and Hume: Moral Philosophy (Hackett, 2006).

Sayre-McCord has twice won UNC’s Tanner Award for Teaching Excellence, in 1987 and 2005. He has held several distinguished term professorships — including the prestigious Bowman and Gordon Gray — and has received numerous fellowships. Sayre-McCord regularly gives invited lectures at universities and conferences around the world.

His current research focuses on the nature of normative concepts, evolution and morality and Adam Smith’s theory of moral sentiments; he lectured on the latter last year at Oxford University and the Australian National University.