A UNC professor has died after being mugged in a residential area near campus Wednesday afternoon. 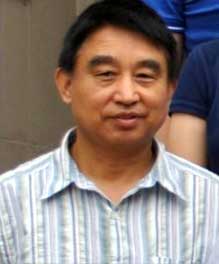 Feng Liu, a research professor in UNC’s Eshelman School of Pharmacy, sustained severe head wounds in the attack on West University Drive in Chapel Hill. After being found by police, who were responding to a report of a serious assault and robbery, Liu was taken to UNC Hospitals’ emergency department. He died early Thursday as a result of the injuries.

Liu, 59, had been on UNC’s faculty since 2005. His research interests focused on gene and drug delivery. He lived in Durham.

“My thoughts and prayers are with Dr. Liu’s family, colleagues and friends during this difficult time,” said Chancellor Carol L. Folt.

“Dr. Liu spent nearly 10 years at Carolina and was dedicated to the success of his students. He conducted important research on gene and drug delivery in the School of Pharmacy. Most importantly, he was a loving husband and father who will be greatly missed.”

Liu received his bachelor’s and master’s degrees in pharmaceutics science from Shenyang Pharmaceutical University, China, and his doctorate from the University of Pittsburgh’s School of Pharmacy.

Police said that the investigation was ongoing and that additional charges related to the death were expected.