The NCAA’s Committee on Infractions could not find any violations of its rules regarding academics...

This fall, the University will practice something it has gotten really good at: waiting for...

The NCAA’s Committee on Infractions has set an Aug. 16 hearing date for what it...

The Southern Association of Colleges and Schools in its Nov. 13 letter to the University said the Wainstein report “makes it clear that there was a network of individuals within the academic and athletic community that knew of and referred students to the ‘paper classes.’ ” But beyond acknowledging that UNC had gleaned substantially more information about how the scheme worked from Julius Nyang’oro and Deborah Crowder ’75 since its first investigation of the University, SACS did not ask specifically for an accounting of that “network.” 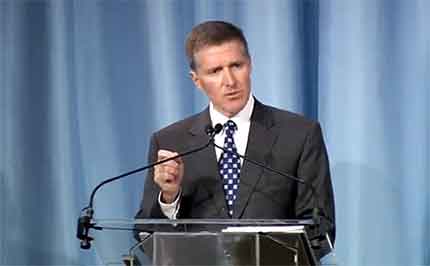 In a 224-page response to SACS made public on Tuesday, UNC said it could not find instances in which it had known but withheld information from SACS in the earlier probe, as SACs claimed.

“Where the University has a different perspective is in reaction to the Commission’s observation that the Wainstein report suggests that Carolina may not have been diligent in providing information to SACSCOC, including in connection with the Special Committee’s visit to Chapel Hill in April 2013,” UNC’s response says. “The University took the Special Committee’s visit very seriously, collaborated fully with the SACSCOC staff to prepare the meeting agendas, and believes Carolina provided the Committee with the information it sought during and following the visit.”

SACS, whose accreditation is the key to a university receiving federal funds, commenced a second review of the long-running scandal after the independent investigator Kenneth Wainstein released his team’s report in October. Nyang’oro, who was chair of the former department of African and African-American studies; and department administrator Crowder, who was found to have perpetrated the scheme of fraudulent classes, first spoke of their involvement to Wainstein.

The response emphasizes the reforms put in place since 2011 in academic administration procedures, recordkeeping, admissions, the operation of the academic support center for athletes and monitoring of athletes’ academic performance. It includes details of the ongoing work of the Faculty Athletics Committee, which is studying how UNC could better help athletes balance their time spent on sports and on academics, and of a working group headed by the provost and athletics director that is studying 22 processes that affect athletes’ lives.

The response also provides detail on the reorganization and curriculum reform of what now is known as the African, African-American and diaspora studies department.

UNC told SACs that in 2012 the College of Arts and Sciences began reviewing all academic departments, including a self-study, a site visit by external reviewers and a follow-up meeting with the college dean and representatives from the provost’s office and the graduate school.

It said representatives from the University of Wisconsin, Northwestern University and Mississippi State University reviewed the African, African-American and diaspora studies department last fall and found that it “has made enormous progress in recreating itself as a very good department on the cutting edge of its discipline. Under the guidance of Dr. Eunice Sahle, its new department chair, a new curriculum has been formulated and installed; the core academic mission … has been advanced; and a culture of democratic transparency, participation, and accountability has been installed where none had existed previously.”

SACS asked UNC to put special emphasis on special admissions for athletes in its information on admissions policies, including the role of the Committee on Special Talents, which reviews athletes considered most at-risk to succeed academically.

UNC explained that the approximately 160 admitted athletes each year who fall below the admissions criteria applied to other applicants are divided into three categories: those predicted to finish the first year at below 2.3 GPA; those predicted to make between 2.3 and 2.6; and those forecast at above 2.6. In 2014, nine fell in the first category, 50 were in the second and the rest were in the third. Those in the first category must go before the special talents committee.

SACS also asked how many of those in that category had taken AFAM courses found to be fraudulent. That elicited previously unreported statistics. The University said it did not have such numbers pre-2006. Between 2006 and 2014, it said, the highest-risk specially admitted athletes took, by year, 47, 34, 28, 13, 5, 0, 0, 0 and 0 of the aberrant courses — a higher rate than the general student population but not by much.

The zeroes in the past four years reflect the turn away from AFAM as the aberrant courses came to light.

The University also told SACS that beginning in spring 2012, it has monitored athlete enrollment patterns “in all undergraduate classes, which represents a significant improvement for the University’s monitoring efforts and for its understanding of enrollment patterns in general. In any given semester, any class with 20% or greater enrollment of student-athletes triggers a review” that identifies the majors of the athletes taking the class and asks “is the class a major requirement or a General Education requirement; what time does the class meet; what are the overall GPAs of the student-athletes in the class; and has the class or professor been flagged in a previous review.”

In a single sentence, UNC expressed that it is “confident that not only was the [Wainstein] investigation thorough and complete but that it covered a great deal of ground not possible previously.”

The SACS staff could forward UNC’s response to its board of trustees for a formal review, or SACS’ president could authorize a special committee to review the case. The board’s next meeting is scheduled for June.