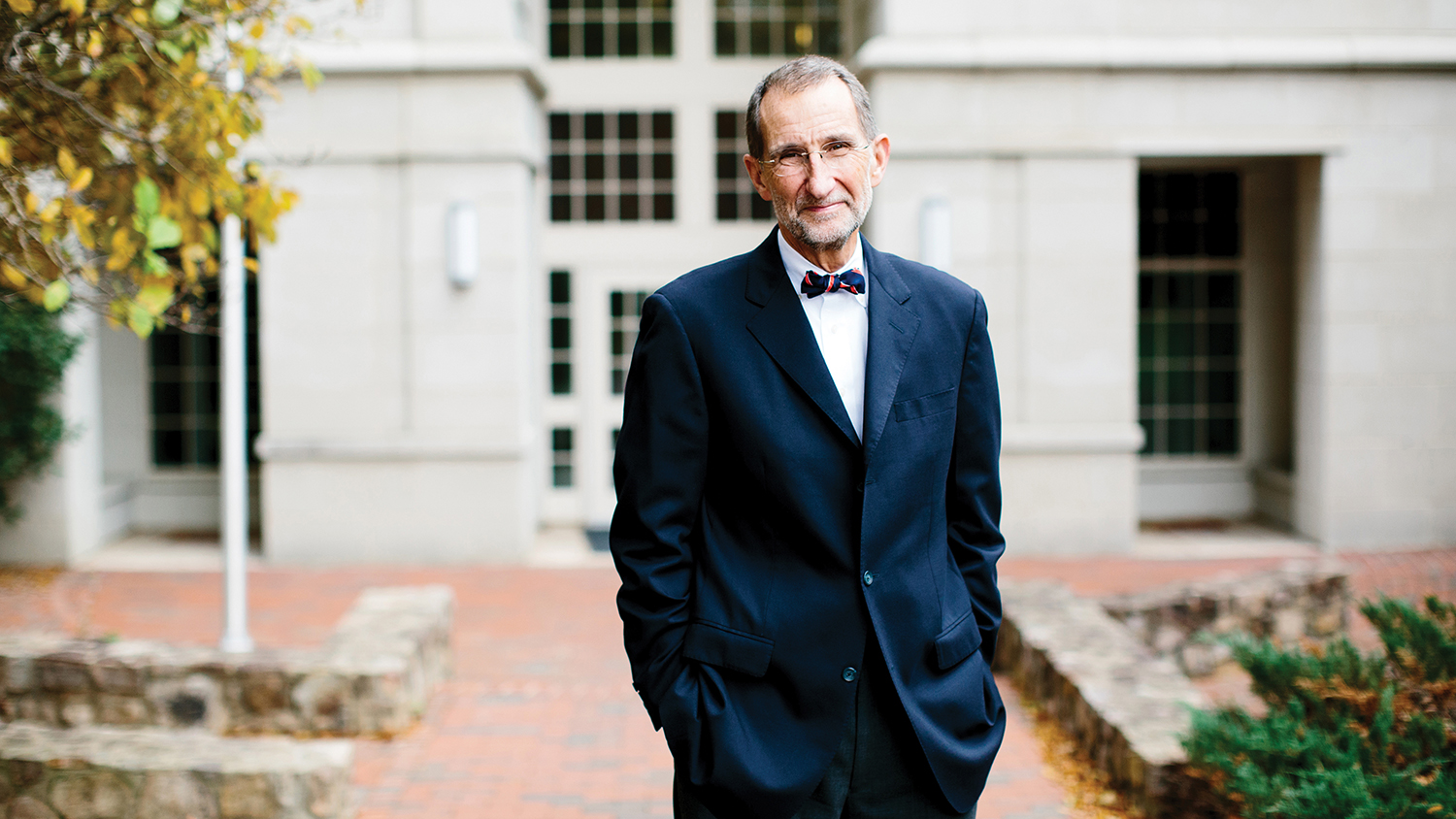 Interim UNC System president William Roper left the positions of CEO of UNC Health Care and dean of the medical school last fall, intending to retire. (GAA file photo)Dr. William Roper has put to rest speculation that he might be a candidate for the permanent job of president of the UNC System.

Roper, who was chosen as interim president ahead of Margaret Spellings’ departure early this year, told The News & Observer that he plans to continue in that role until June 30, 2020, and would not be a candidate in the current search.

“After serious contemplation and consultation with others, I believe that setting a clear time frame is the right course of action to give our system the time to plan for a successor,” Roper said in a statement. “This additional time in service will allow me to reach the goals and obligations set when I began the role of interim president.”

Roper, 71, left the positions of CEO of UNC Health Care and dean of the medical school last fall, intending to retire.

The system Board of Governors is looking for a new leader for the state’s 16 universities and the N.C. School of Science and Mathematics. Its goal is to elect that person by next spring. Roper’s announcement comes in the same week that BOG Chair Harry Smith said he was resigning as board chair while remaining a member of the board, effective Oct. 1. Smith cited fatigue and the need to tend to his businesses.

A conversation with Dr. William Roper with the Review, from the January/February 2019 issue. Roper reflects on his 22 years at Carolina, about how the dual role of CEO of UNC Health Care and dean of the medical school works — he was only the second person to be both — and about issues related to modern medical education.