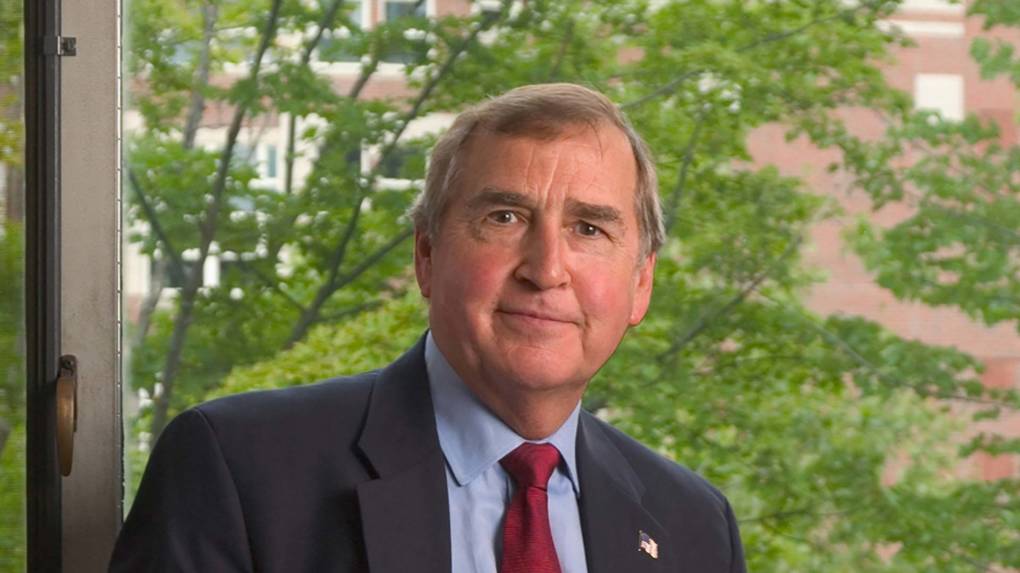 Graham Allison, a noted political scientist and an expert in U.S. national security and defense, will be on campus in September to discuss “Are the U.S. and China Destined for War?”

Allison’s topic for the 10th annual Thomas Willis Lambeth Distinguished Lecture in Public Policy also is the subject of his latest book, Destined for War: Can America and China Escape Thucydides’s Trap?

The lecture, which begins at 5 p.m. Sept. 13 in Hill Hall, is open at no charge to the public.

Allison, founding dean of Harvard’s Kennedy School of Government, is the school’s Douglas Dillon Professor of government and is director of Harvard’s Belfer Center for Science and International Affairs.

His books have been best-sellers in the U.S. and abroad, including Lee Kuan Yew: The Grand Master’s Insights on China, the United States and the World, which he co-authored; Nuclear Terrorism: The Ultimate Preventable Catastrophe, selected by The New York Times as one of the 100 most notable books of 2004; and his first book, Essence of Decision: Explaining the Cuban Missile Crisis. It was published in 1971, updated in 1999 and, with more than 450,000 copies in print, ranks as an all-time best-seller on public policy.

Born and raised in Charlotte, Allison attended Davidson College, received his bachelor’s degree and doctorate from Harvard and additional degrees from Oxford University.

His time in public service has spanned several decades and numerous administrations, including as special adviser to the secretary of defense under President Ronald Reagan and, under President Bill Clinton, as assistant secretary of defense for policy and plans. He is the only person to have been twice awarded the Defense Department’s highest civilian award, the Defense Medal for Distinguished Public Service, most recently for “reshaping relations with Russia, Ukraine, Belarus and Kazakhstan to reduce the former Soviet nuclear arsenal.”

Allison currently serves on the advisory boards of both the secretaries of state and defense and of the director of the CIA, and he is a former member of the Defense Policy Board under seven secretaries of defense: Caspar Weinberger, Frank Carlucci, Dick Cheney, Les Aspin, William Perry, William Cohen and Ashton Carter.