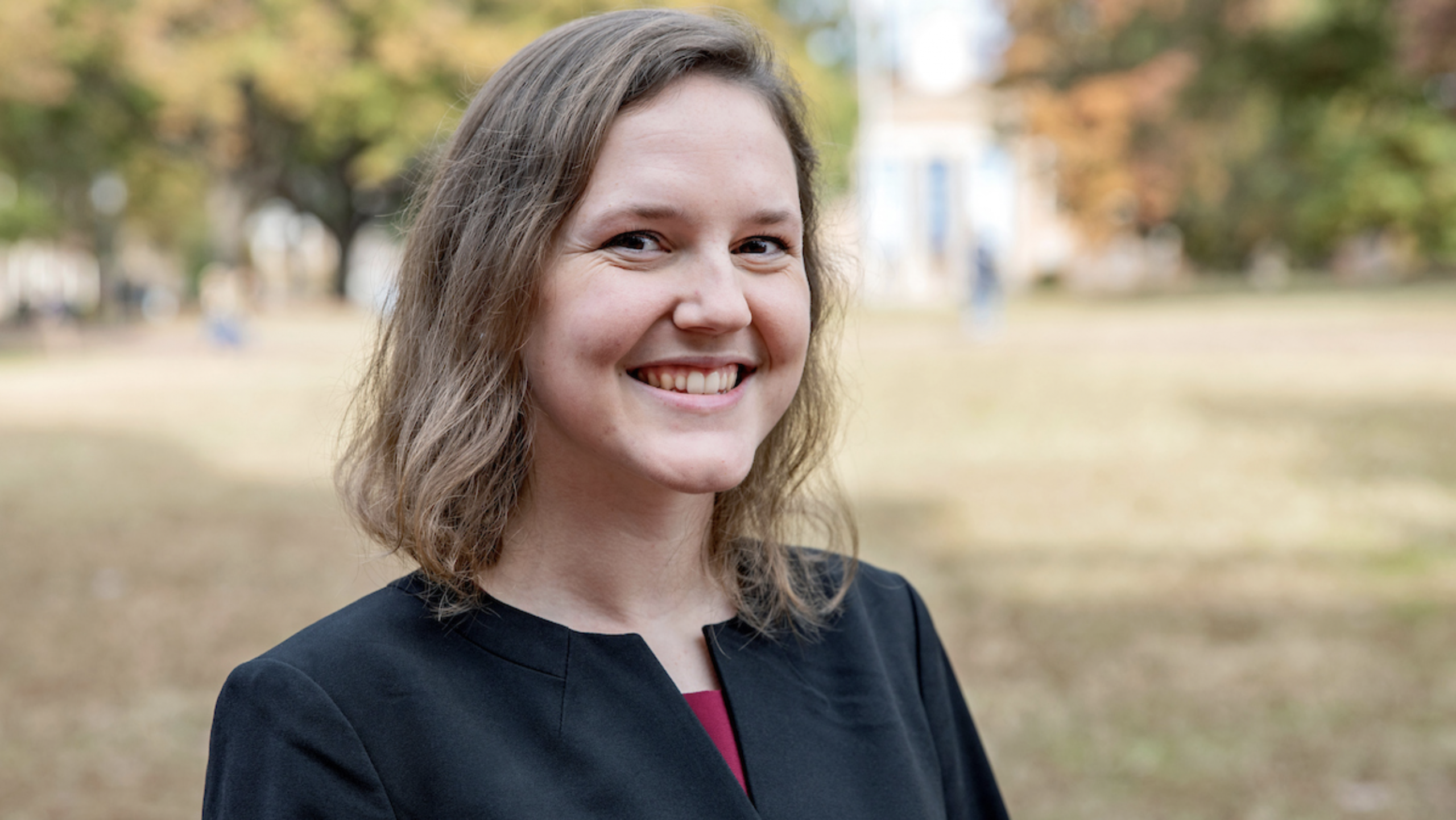 Maggie Hilderbran plans to graduate in May with a double major in physics — with a concentration in astrophysics — and religious studies along with a minor in history. (UNC/Johnny Andrews ’97)

Senior Maggie Hilderbran, has been named a recipient of the Marshall Scholarship, a graduate studies scholarship to study at up to two United Kingdom institutions, in any field of study.

Hildebran is one of 40 Americans selected for the one- and two-year awards, which provide university fees, cost of living expenses, annual book grants, thesis grant, research and daily travel grants and fares to and from the U.S., an average award of £35,000 per year. She is Carolina’s 18th Marshall Scholar and was one of 32 recipients of the two-year Marshall award.

Hilderbran plans to graduate in May with a double major in physics — with a concentration in astrophysics — and religious studies along with a minor in history.

A Carolina Scholar and Honors Carolina student with a near-perfect GPA, Hilderbran also is a Phi Beta Kappa member and the recipient of N.C. Space Grants for undergraduate research and scholarship. She is writing her senior honors thesis based on her research at UNC’s Astrophysical Fluid Dynamics Lab.

In her sophomore year, Hilderbran was the managing editor and a founding member of UNC JOURney, Carolina’s first interdisciplinary undergraduate research journal. She is an ambassador for the Office of Undergraduate Research, promoting research on campus through information sessions and student mentoring. Hilderbran has spent five summers as a camp counselor at Camp Illahee in Brevard.

While in England, she plans to pursue two master of science degrees, one in science and religion at University of Edinburgh and another in space exploration systems at the University of Leicester. She aspires to perform astrophysics research for the National Aeronautics and Space Administration, where she has served as an intern.

The Marshall Scholarships were founded in 1953 and finance the opportunity for young Americans of outstanding ability to study for a degree in the United Kingdom. About 40 Marshall Scholarships are awarded annually and cover study in any discipline at graduate level at a UK university. Up to 32 recipients can receive the two-year award and up to eight recipients can receive the one-year award.