The lid on a Franklin Street culinary time capsule snapped shut just after Thanksgiving when Ye Olde Waffle Shoppe announced it would not reopen. The diner had been closed “temporarily” since late March after the...

The Cave Closes, Makes a Comeback 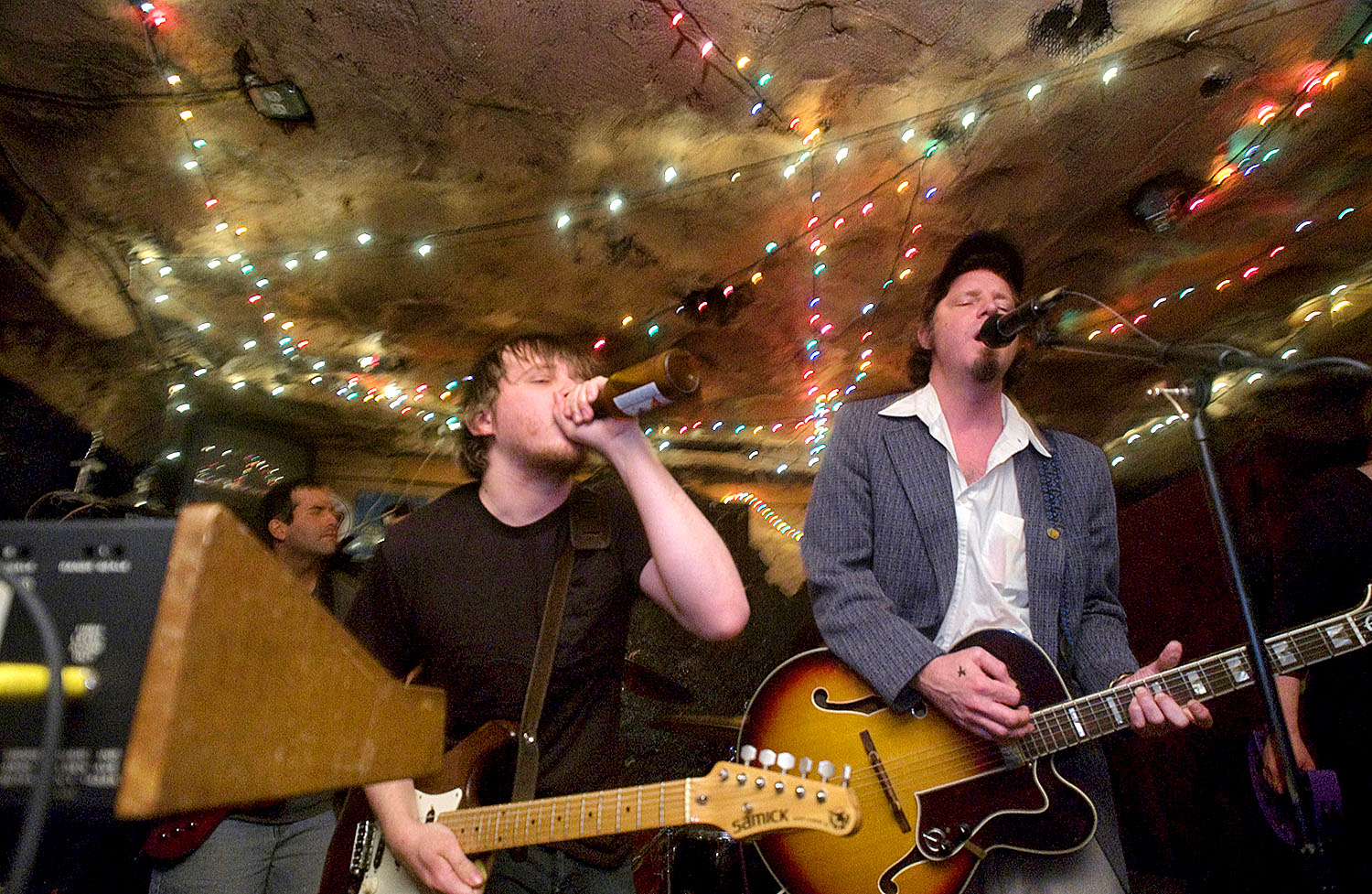 For half a century, The Cave has been a place to catch musicians who might just be the next big thing, such as R.E.M., Tift Merritt ’00 and Twilighter, above. (News & Observer photo)

Patrons of The Cave are in for some surprises this summer. The biggest one might be that the 50-year-old bar and music venue is still around at 452½ W. Franklin St. It almost wasn’t.

In April, timed with the expiration of the bar’s ABC permit, the previous owners announced they would close The Cave after trying for six months to match up possible new owners with a new lease.

“We would like to thank absolutely everyone that has been a part of this place during the 5 years we have owned it and also for the 45 years prior,” owners Mark Connor, Van Alston and Richard Darling posted on the bar’s Facebook page. “Thank you if you worked shift; thank you if you played, organized or helped promote a show; thank you if you came through and shared a drink and some time with us.”

That left fans in mourning and wondering what up-and-coming bands they might miss out on seeing. Among the now-famous who have played the bar: R.E.M., Lyle Lovett, Tift Merritt ’00, Squirrel Nut Zippers and the Avett Brothers.

Despite its status as a place to catch a glimpse of who’s next, The Cave “has been a little bit a labor of love,” Connor said. “Not a lot of profit and sometimes a loss.”

But just as the stage lights had dimmed for what might have been the last time, The Cave got a reprieve. Melissa Swingle and Autumn Spencer were able to negotiate a new lease with building owner Julie Jennings — “I’m excited for them,” said Jennings — and procure a new liquor license.

“It felt like fate, like we needed to save The Cave,” said Swingle, who has led bands including Trailer Bride and The Moaners. “I’ve worked here before, and my very first show as a musician was at The Cave. It’s been a starting point for me and so many musicians in the area.”

By early June, Swingle and Spencer were busy booking bands for the grand reopening weekend — “The Cave is Alive!” — June 29-July 1, with several playing each night, almost as if making up for that bit of lost time. (Check out the lineup at caverntavern.com.)

And there has been a bit of spiffing up. “The front room will be cleaner and look a little nicer, and we’ve got a big surprise we’re working on for the back room,” said Swingle, with a pool table and Pac-Man machine.