After months of construction, the UNC Visitors Center held its grand opening on March 6, 2020. But the doors stayed open just a few days before the center was forced to close because of the...

Applications Up Sharply for Class of 2025

Applications Are Up for 14th Straight Year

For the 14th consecutive year, the University received a record number of first-year applications. The 44,784 applications for fall 2019 reflect a 3 percent increase over applicants for fall 2018. “Each year, we’re humbled by... 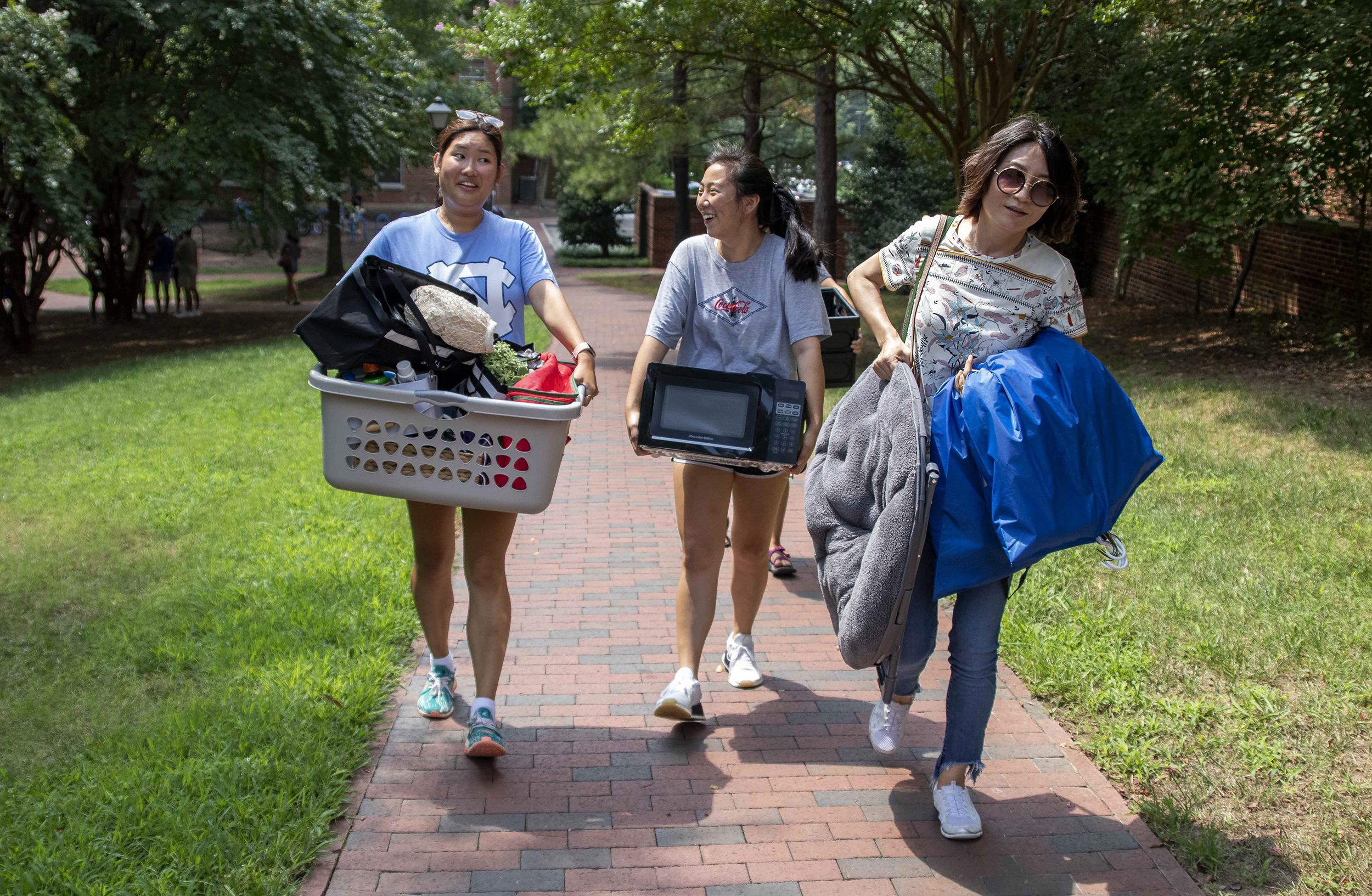 Sophie Cho, left, is one of 4,195 first-year students entering Carolina this year. (Photo by Haley France)

Carolina welcomed 4,195 first-year students and 852 transfer students to campus as classes began Tuesday, and the University says they represent the most geographically diverse and globally engaged group to enroll at Carolina. Here’s a look at some facts the University reported about them:

• 44,859 applied for admission (4 percent more than last year and the 14th consecutive year in which applications have increased);

• 45 percent of new first-year students ranked within the top 10 students in their high school class;

• 77 percent of first-years ranked within the top 10 percent of their class;

• Among first-year North Carolinians, 37 percent are enrolling from a rural county;

• 19 percent of all first-year students are the first in their families to pursue a bachelor’s degree;

• 60 percent of the new class are female;

• 38 percent of the incoming class will receive need-based aid, primarily in the form of grants and scholarships;

• 13 percent will have the opportunity to graduate debt-free under the Carolina Covenant program, which covers the full cost of a degree for eligible low-income students;

• The class includes 206 students from one of the 76 partner high schools served by the Carolina College Advising Corps, a public service of the University that seeks to increase college-going rates among low-income, first-generation college and other underrepresented students;

• Among transferring students, about 39 percent are transferring from a North Carolina community college; incoming transfer students range in age from 17 to 64 and have an average college GPA of 3.7.

Starting the first day of classes off right with the UNC tradition of a sip from the Old Well. Does it really bring good grades? Guess we’ll have to wait to find out. (GAA video by Grant Halverson ’93)