The Quick and the Forgotten: What About Carter? About Bush 41? 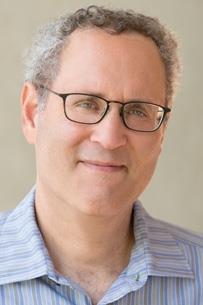 Does it really reflect poorly on us busy 21st-century Americans that so many of our former presidents have been cast into the dustbin of history?

But if you disagree, what about our contemporaries? Surely we should remember the likes of George H.W. Bush and Jimmy Carter.

For now, UNC constitutional scholar Michael Gerhardt includes only Carter on his list of forgotten presidents. Gerhardt, the Samuel Ashe Distinguished Professor of constitutional law in the law school and director of UNC’s Center for Law and Government is the author of The Forgotten Presidents: Their Untold Constitutional Legacy.

At first, it might be hard to fathom Carter’s inclusion. He still does television interviews and shows up in meetings with other ex-presidents. But Gerhardt says that if Carter isn’t completely forgotten yet, he will be soon enough … even if he shouldn’t be.

What most of us remember of Carter is the Iran hostage crisis, the Olympics boycott or his historic landslide defeat to Ronald Reagan in 1979. Some of us might remember bits of his post-presidential life — his Nobel Peace Prize and work with Habitat for Humanity. But Gerhardt says we’ve forgotten the fact that Carter set precedents on judicial appointments, civil rights legislation and foreign policy, all of which have had major implications for future presidents.

Gerhardt also says Carter accomplished a lot of what he set his mind to — at least legislatively — including the passage of landmark laws on the environment and government ethics.

“In talking with people in government, though, it was clear to me that much of what Carter accomplished has been overshadowed by his failures,” Gerhardt said.

In a strange sense, Gerhardt says, people know why they think Carter deserves to be forgotten. And in 50 years, he will be.

The first George Bush might be forgotten in several decades, too.

“I went back and forth about including him in my book. But there are some good reasons why he hasn’t been forgotten and might not be even in 100 years.”

First, there’s the connection to his son, a president who definitely will be remembered. Second, there’s the success of the Persian Gulf War in 1991. Third, he’s linked to Reagan. And fourth, despite losing to Bill Clinton in 1992, Bush senior is still viewed as a successful president.

That said, time will tell.

“I think Carter and Bush will both be forgotten. But let’s just say that Bush will be less forgotten than Carter.”