Three juniors — Len Evans, Daven Quinn and Sendhilnathan “Hari” Ramalingam — have won Goldwater Scholarships. These are awarded to outstanding college sophomores and juniors who intend to pursue careers in mathematics, the natural sciences or engineering.

A total of 278 award recipients have been announced by the Barry M. Goldwater Scholarship and Excellence in Education Program for 2010-11. Colleges and universities had nominated 1,111 students.

The scholarship provides up to $7,500 a year for educational expenses. Sophomores receive two years of support; juniors, one year. Scholars are chosen for intellectual curiosity and intensity and potential for significant future contributions in their fields.

This year’s recipients bring the number of Goldwater Scholars from Carolina to 36; the awards were first made in 1989. 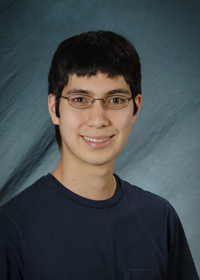 Evans, who entered UNC from the N.C. School of Science and Math, says physics fascinates him.

“Before beginning physics research, I had a narrow-minded view that there were not many problems left to solve,” he said. “I now realize that there are still fundamental interactions of the universe that we do not understand.”

Bent on a research career in nuclear physics, Evans said he hopes his type of work will help scientists better understand how the universe was formed. He also has learned computer programming and how to use programs used in nuclear and particle physics. Evans wrote a journal article about his work that was published in a scientific journal, Nuclear Instruments and Methods in Physics Research Section B.

Evans is president of UNC’s Quiz Bowl team and an editor for the undergraduate science magazine Carolina Scientific. 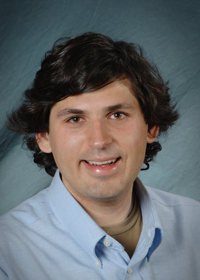 Quinn won a Carolina Scholars award to UNC — one of several types of four-year merit scholarships at Carolina. He is double-majoring in geology and economics.

Last summer, Quinn studied planetary geology and geophysics at the University of Hawaii, for which he won a competitive grant funded by NASA. In August, he collected samples and photos from Yosemite National Park for his research of mineral layering in granite. Quinn hopes to become a planetary geologist, one that investigates the makeup of other planets — their structure, surface composition and all the things required for planetary exploration.

“It is important to gain experience observing igneous petrology [the study of volcanic rock] on the Earth if one is to have any idea of what to expect on the moon or Mars,” he said. 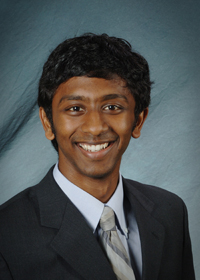 Ramalingam, who studies colorectal cancer in a medical school lab, seeks to determine whether a protein in the colon called SOX9 is a marker for cancer stem cells, which some scientists believe give rise to and maintain tumors.

“Chemotherapy targets the fast-dividing progenitor [cancer] cells rather than the potentially slowly dividing cancer stem cells,” Ramalingam said. No definitive cancer stem cell marker has yet been found for colorectal cancer, the second-leading cause of cancer-related deaths in the U.S. Better understanding the biology of colorectal tumors could lead to new therapies for the disease, Ramalingam said.

A biostatistics and biology major, Ramalingam hopes to become a doctor who both sees patients and conducts research. At UNC, he is in a premed fraternity, a student folk dance group and an umbrella organization for 20 student minority groups.

“Lenny Evans, Hari Ramalingam and Daven Quinn are engaged citizens and students of exceptional scientific ability,” said Jason Reed, an associate professor of biology and chair of the faculty committee that chose UNC’s Goldwater nominees. “We are extremely pleased that their considerable promise as scientists has been recognized.”