As of July 1, two new members joined UNC’s Board of Trustees, both nominated by the N.C. General Assembly. 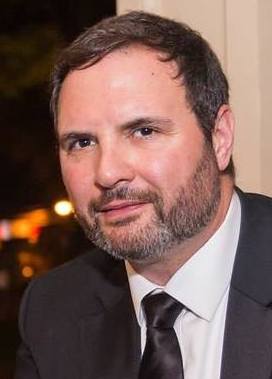 Marty Kotis ’91, a real estate developer, and Vinay B. Patel ’92, principal and head of external affairs for a multistate hotel chain, have begun four-year terms.

Kotis joins the trustees directly from serving two four-year terms on the UNC System Board of Governors. He is CEO and owner of Kotis Holdings, a Greensboro-based company that owns retail properties in North and South Carolina as well as Darryl’s Wood Fired Grill, RED Cinemas, Painted Plate Catering, Pig Pounder Brewery and Burger Warfare in Greensboro. Kotis has commissioned several street art installations in the city. He received his MBA from UNC-Greensboro.

Patel’s family grew SREE Hotels from a roadside motel in 1980 to a chain of 25 properties in the Carolinas and Ohio with Marriott, Hilton and Intercontinental Hotel Group franchises. Patel grew up on the Pacific island of Fiji and moved to Charlotte in 1985, he told Business North Carolina in 2019. After working elsewhere in the hotel industry, he joined SREE in 2001.

Kotis and Patel join four new trustees previously chosen by the Board of Governors. Their terms also began July 1: Robert “Rob” Bryan III ’93 of Charlotte, Dr. Perrin Jones ’94 of Greenville, Malcolm Turner ’93 of Boston and Ramsey White ’01 of Washington, D.C. UNC student body President Lamar Richards joined the board as an ex officio member in May.