Trustees Make Final Ruling: West House to Be Torn Down

After years of debate about the fate of West House – a 1,141-square-foot building that straddles the parking lots behind Swain Hall and Hill Hall – the trustees have made a final ruling that the building will come down to make way for the University’s new Arts Common.

The building is expected to be torn down this fall. 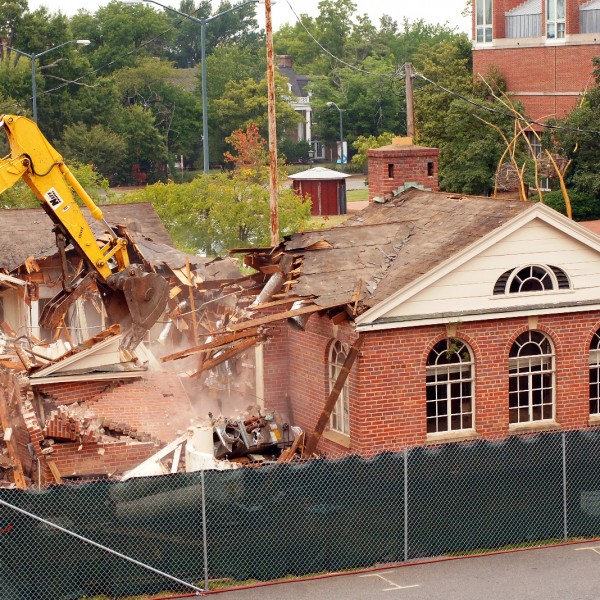 The one-story brick building was built in 1935 by Rutherfordton textile magnate Kenneth Tanner ’11 to house his sons when they entered the University. For a building that may not quite rate “campus landmark,” little West House has generated a lot of emotion since a member of the University staff launched a campaign to save it from the wrecking ball.

More than two years ago, the house was scheduled to be demolished for an arts common, an expansion of visual and performing arts facilities planned for the area behind Swain, Hill and the Hanes Art Center. Over the years, West House has been used for military training in World War II, as the first home of the computer science department and as the home of the Institute for the Arts and Humanities.

“We have listened carefully and respectfully considered your request,” Nelson Schwab III ’67, chairman of the Board of Trustees, wrote in a letter to state Sen. Ellie Kinnaird ’73 (MMUS) and other West House supporters. “After review, we agree that West House just does not fit the University’s vision for the Arts Common,” he wrote. “Therefore, as a board, we have affirmed that we have no interest in reopening this matter.”