Two autism researchers in UNC’s School of Medicine have each been awarded $12.6 million grants in the latest round of funding from the National Institutes of Health’s Autism Centers of Excellence research program.

UNC, which was ranked No. 2 among the top 25 institutions in the world publishing autism research in 2010 by the Interagency Autism Coordinating Committee, is one of only two institutions that have received more than one Autism Centers of Excellence grant. 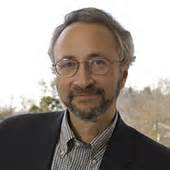 “These grants are further evidence that UNC has become one of the premier autism research institutions in the world,” said Dr. Joseph Piven, recipient of a grant for a new round of research in the ongoing Infant Brain Imaging Study Network.

The NIH created the Autism Centers of Excellence program in 2007 to launch an intense and coordinated research program into the causes of autism spectrum disorders (ASD) and to find new treatments.

The grant to Dr. Piven, Kenan Professor of psychiatry and director of the Carolina Institute for Developmental Disabilities, will be used to fund longitudinal brain imaging of a combined sample of 600 infants who are at high risk for later developing autism by virtue of having an older sibling with autism. The Infant Brain Imaging Network, or IBIS, which is led by UNC and includes clinical study sites at Children’s Hospital of Philadelphia, the University of Washington in Seattle and Washington University in St. Louis, will conduct the study.

“The identification of early brain markers in infants who later develop autism, during a period when children may benefit maximally from early detection and intervention, has the potential to significantly improve the lives of autistic individuals,” Piven said.

The first project the ACE SOARS network will undertake is a five-year study of oxytocin nasal spray in children and adolescents (ages 3 to 17) with an autism spectrum disorder called SOARS-B (Study of Oxytocin in Autism to improve Reciprocal Social Behaviors). The study will be conducted at treatment centers at UNC, Harvard University, Mount Sinai School of Medicine, Vanderbilt University and University of Washington with genetic analyses done at Duke University. The SOARS-B study will determine whether oxytocin improves social functioning in ASD, evaluate oxytocin’s safety in children and identify factors that influence a child’s response to oxytocin. The study is the largest treatment study to date and ultimately is expected to include 300 individuals with an autism spectrum diagnosis. It also is one of the first studies that will focus equally on both verbal and nonverbal individuals on the spectrum.

“We are very grateful for our government’s support of autism research and are excited to be a part of efforts to develop safe and effective treatments to improve the core symptoms of autism,” Sikich said. “At least 1.5 million Americans suffer from autism, but options for treatment are currently limited.”

“Our SOARS-B study is a great example of translational science to develop new treatments,” Sikich said. “A large clinical trial is needed to really figure out whether oxytocin works in autism and is only possible with the support of the National Institutes of Health and the cooperation of medical centers across the country since no U.S. pharmaceutical companies are currently marketing intranasal oxytocin.”

Dr. Piven said that UNC research on autism “covers that gamut from basic neurobiology to clinical research on pathogenesis to applied research on intervention.”

“The breadth of the IBIS and ACE SOARS research networks, one focusing on brain development in infants at risk for autism and the other conducting research on a novel therapeutic intervention for autism, are examples of the depth and range of autism research at UNC,” he said.